With a month to go before Gov. Gavin Newsom unveils his initial budget proposal for the next fiscal year, state officials have been emphasizing the fact that 85% of spending on water infrastructure in California has come from the local level.

The 12% that the state contributes often comes in the form of general obligation bonds passed through ballot initiatives. Newsom has said he would revive his climate resilience bond proposal for the 2022 ballot, and the Legislature has now brought back a similar bond proposal as well.

“We are excited to continue to identify how to invest in and generate funding for water resilience,” said Natural Resources Secretary Wade Crowfoot during the fall meeting for the Association of California Water Agencies (ACWA) Thursday, “whether it's a general obligation bond in two years' time or other ways to actually identify a way that the state can actually support the region.”

CalEPA Secretary Jared Blumenfeld recalled how the state went from a $6 billion surplus before the start of the pandemic to a projected $54 billion deficit just four months later. He said funding for water projects and resources like new bonds “are much more complicated than they were before.” (Blumenfeld did acknowledge a recent analysis that projects a $26 billion surplus for the state, with a $17 billion potential deficit over the coming years.)

“I know there's a lot of excitement around changes in Washington,” he said. “We need to be circumspect about where the money comes from. Most of it is local.”

Both Crowfoot and Blumenfeld noted the calculation by the Public Policy Institute of California (PPIC) in 2019 showing that local entities generate 85% of the $33 billion in annual water-related spending. The federal government contributes just 3%.

State Water Resources Control Board Chairman Joaquin Esquivel has focused on this figure as well, saying that the maintenance of aging water infrastructure is being funded by revenue from ratepayers.

“It really does call for a significant federal reinvestment in our systems, not unlike what we saw that built them out to begin with in the '70s and into the '80s,” he said at the ACWA summer conference in July.

The Water Commission has also taken an interest in funding improvements to the state’s conveyance system, hosting the first of a series of public listening sessions on this topic on Tuesday, along with panel discussions during its November meeting.

“California law is also very clear that the beneficiary should pay for water supply benefits,” said Jay Ziegler, a policy director at The Nature Conservancy, during the meeting and before referencing the PPIC report. 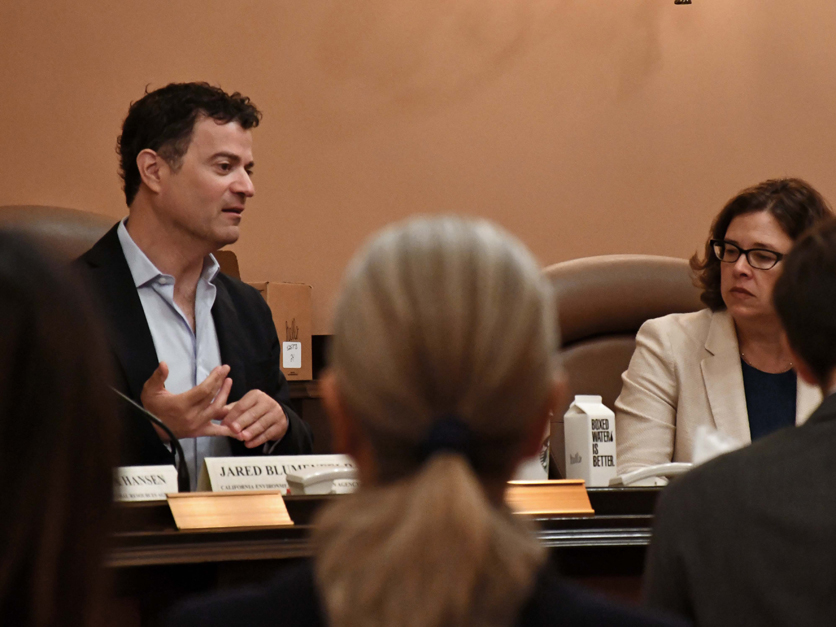 A co-author on the report, Ellen Hanak, who directs the PPIC Water Policy Center, said in August the money the state has contributed from bonds is usually for projects costing less than $1 billion. In January, Newsom proposed a $5 billion climate resilience bond, which earmarked $1 billion for a range of water projects that would have included storage, conveyance and stormwater capture. He later pulled the proposal in his May budget revision. A similar measure, Senate Bill 45, later died in the Legislature.

With the start of a new session on Monday, SB 45 has returned. The $5.5 billion bond would draw $1.5 billion for “safe drinking water and protecting water supply and water quality from climate risks.” Another $190 million would go to protecting agricultural land from climate risks, with $45 million for multi-benefit projects that conserve ecosystems while presenting some water storage benefits.

During the ACWA conference on Thursday, CDFA Secretary Karen Ross pointed to such partnerships between wildlife conservation groups and rice growers and with on-farm recharge projects as ways to rebuild the groundwater bank.

“If we don't pay attention to rebuilding that savings account — our groundwater supplies and the water quality of those groundwater supplies for the drinking water — we won't have sustainable agriculture for our future,” she said. “These are important partnerships, and they are becoming the norm not the exception.”

While growers would appreciate the SB 45 funding, the industry has long called for much more money and to invest it in infrastructure projects.

“The voters passed a bond, Prop. 1, with the full intent that we would be moving forward on more water storage,” said California Farm Bureau President Jamie Johansson during the group's annual meeting Monday. “It's time to move forward on Sites [Reservoir] ... It's time to raise Shasta [Dam]. It's time to expand the San Luis Reservoir.”

For his part, Crowfoot recognized the need for the Water Commission to distribute the remaining funding from the 2014 water bond. He vowed the state would not be a barrier to this process.

PPIC report lays out water priorities for Newsom
Daybreak West: State budget is a 'crisis for all of us'

“I personally am meeting with the Water Commission on a bimonthly basis to make sure that those projects, at least from the state perspective, are on track,” he said.

Crowfoot pointed to three surface water projects and four underground water projects and said a “much more significant amount of funding” will come from the state within the next two years. Proposition 1 was to deliver more than $2 billion for water storage projects.

Yet decades of delays in funding infrastructure maintenance have exacerbated issues and led to higher costs for repairs. After a two-year effort to allocate $400 million to the Friant Water Authority to resolve extreme subsidence issues along a stretch of the Friant-Kern Canal, the Legislature effectively killed the measure last summer. Several lawmakers argued the agriculture industry and irrigation agencies should cover the cost.

On the other hand, the proposed Temperance Flat Reservoir recently failed to meet a critical deadline for using Prop. 1 money and federal support when local water contractors were unable to afford their share for the project.

Another proposal that would have delivered funding for fixing the canal, Proposition 3 water bond measure for $8.9 billion, was defeated by voters in 2018. 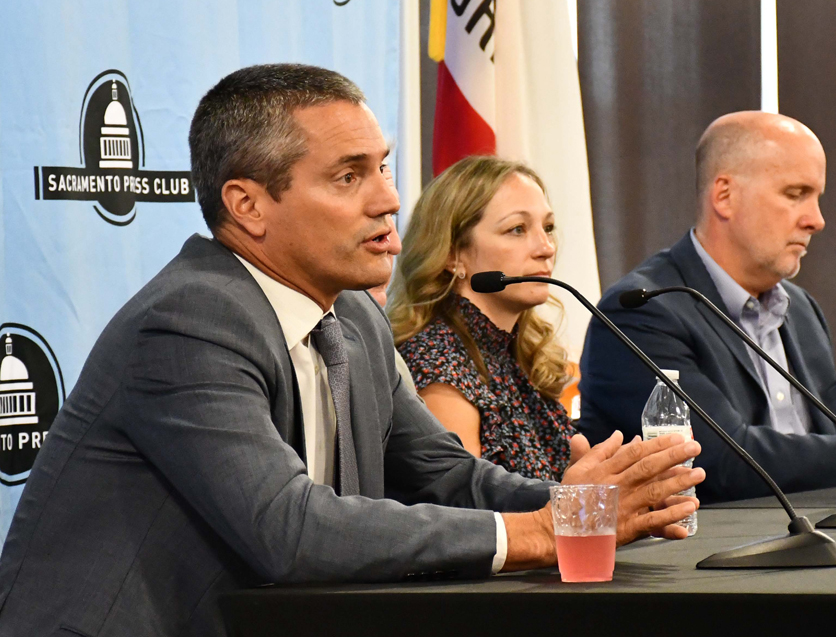 “We all want somebody else to pay for projects that benefit us,” PPIC Research Fellow Jeffrey Mount told Agri-Pulse in August. “The responsibility for paying for this stuff — the big infrastructure stuff — has been shifting away from the federal government. That, if you're a water user, is scary.”

Mount and his colleagues found that when the state has a budget crisis, borrowing more money is not appealing to the general public.

“Bond fatigue is clearly starting to set in,” he said. “The water user community is undoubtedly facing a world with water becoming more expensive.”

Mount said bonds should be reserved for projects that truly create broad public benefit and the state should look to taxes and fees to generate funding for water needs.

The bonds proposed so far have not been big enough either. The coalition behind the Water Blueprint for the San Joaquin Valley has been putting together a plan to draw more Delta water into the region through an approach that also protects fish, restores native flood plains and recharges aquifers for drinking water. But the price tag currently stands at $9 billion.

Scott Hamilton, a consultant for the Water Blueprint, framed it as an investment in a broad public benefit.

“It's totally reasonable that the beneficiary should step up and pay,” he told the Water Commission. “But from a state policy perspective, how does funding water infrastructure compare to the government's role in funding roads or funding high speed rail?”

On the federal side, a water resources bill that should make it easier to fund water projects is one step away from the president’s desk. The House on Tuesday passed the Water Resources Development Act of 2020, a compromise reauthorization bill, by voice vote, sending it to the Senate for final action.

Regardless of the funding mechanism, many are eager to finally see projects move forward.

“Let's just do something,” Johansson said. “We sit here in another dry winter crossing our fingers that the rains come.”