The San Joaquin Valley is bracing for the economic impacts to come from implementing the Sustainable Groundwater Management Act over the next 20 years. Without changes, the regulation could lead to more than a million acres of fallowing and as much as $7 billion in lost revenues every year, with the worst financial impacts rippling down to California’s most disadvantaged communities, according to a report released earlier this year. With this reality, a coalition has emerged around a complex and ambitious approach to bring water to the valley, one that could head off the worst effects of SGMA for farmers, the environment and communities.

“We've already started,” said Scott Hamilton, an agricultural economist who works as a consultant for the coalition known as the Water Blueprint for the San Joaquin Valley. “But it’s a process that's going to take quite a bit of time and is fairly difficult.”

During a Fresno State seminar series on water infrastructure on Tuesday, Hamilton outlined a sweeping new approach that would pull excess flows from the Delta through a fish-friendly alternative to pumping, then funnel that water through new extensions to existing canals and store it using strategic groundwater recharge projects.

“None of it is cheap,” warned Hamilton. “We are now looking at around a $9-billion program for the valley.”

He acknowledged the success of the plan hinges on one critical leap of faith: gaining approval from environmental and social justice groups to pull more water from the Delta. Before that could begin, the Newsom administration and federal agencies would have to settle their differences over the federal biological opinions and water agencies would need to return to the negotiating table to agree on a set of voluntary agreements the State Water Resources Control Board would approve.

To gain that buy-in, the Blueprint coalition, which began with agricultural interests, has been expanding its umbrella, Hamilton explained. Today it includes conservationists and advocates for safe drinking water and has incorporated their goals into its mission. The Blueprint team has also been expanding their engagement with state and federal policymakers.

The four-step sustainability plan is based on engineering proposals that have never been scaled to this size and level of complexity. Agencies have long searched for ways to better capture excess flows when atmospheric rivers and other storms pummel the state. But constructing Delta pumps and conveyance tunnels large enough to capture that excess has been a politically fraught endeavor for decades, and there is limited capacity for above-ground storage options.

The first step for the coalition has been to understand the water deficit. To fund the preliminary planning and pilot studies, it has partnered with individual sub-basins through the groundwater sustainability agencies established under SGMA. It found the problem was bigger than expected.

By comparison, the whole of the State Water Project, on average, produces about 2.4 million acre-feet.

With the new goal in mind, consultants for the coalition did some research on basic fish biology to incorporate into the planning. Rather than pumps along the side of a waterway—which have been implicated in killing fish—the project would pull water from the bottom of the channel through a series of perforated pipes under a layer of gravel.

“Even the Delta smelt, which are the most sensitive of all fish in the Delta, have this natural buoyancy,” explained Hamilton. “They will stay in the water column as long as the downward velocities are slow enough.”

With a fish-friendly pumping mechanism, the plan then turned to extending the capacity of the California Aqueduct and the Delta-Mendota Canal to handle an additional 10,000 acre-feet, beyond the 15,000 acre-feet the Delta pumps are currently capable of delivering.

To capture the flows, the state would build new recharge ponds, which could double as wetlands. They could also run water down dry creek beds to restore riparian habitat and flood fallow row cropland during wintertime. Some districts are looking into deep-well injection. Others are considering deep subsurface recharge systems—again burying perforated pipes, which would percolate water into the aquifer at about 12 feet beneath orchards. 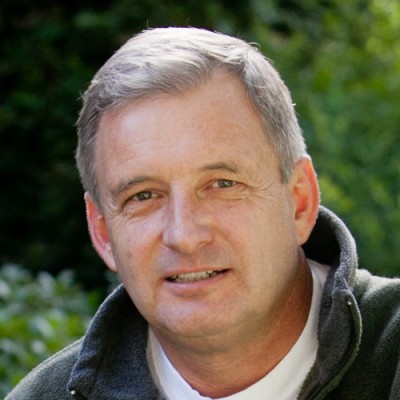 Agricultural economist David Sunding of The Brattle Group reported earlier this year that SGMA, in combination with the State Water Board’s current Bay-Delta Plan as well as sea level rise, state and federal pumping operations, and the San Joaquin River Restoration Plan, could result in reduced water deliveries of 22%.

“If nothing is done, if the state just accepts these changes, then I predict there would be roughly one million acres that would be fallowed as a result,” Sunding said during the discussion Tuesday. “There are economic consequences of that.”

To Hamilton, the $7-billion loss to annual crop revenues justifies the investment in his sustainability plan. Sunding also found that 65,000 jobs would be lost in the valley, primarily among low-income communities and in a region where about 75% of the population lives below the state poverty line.

During the discussion, Amber Crowell, an assistant professor of sociology at Fresno State, described how a reliance on groundwater has left the valley in an exceptionally vulnerable situation.

“This has serious implications for the issue of water infrastructure,” she said. “The decline in agricultural production if these water issues continue, in a region with a monolithic economy that already struggles with so many socioeconomic disparities, where so many working class folks rely on agriculture for their livelihood—could have enormous consequences for the wellbeing and mobility and opportunity for valley residents.”