The House has passed a new stopgap spending bill to keep the government funded through next week - and buy more time for negotiators to reach a deal on a new coronavirus relief package.

Meanwhile, we have a better idea of what could be in the package for agriculture and nutrition assistance. According to a summary obtained by Agri-Pulse, a bipartisan proposal that negotiators are working on would allocate $13 billion for agriculture. The summary doesn’t specify how the money would have to be spent except for $600 million earmarked for fishery disaster relief.

In a potential win for Democrats, the bill would authorize a 15% increase in SNAP benefits.

State of play: House Speaker Nancy Pelosi indicated Wednesday afternoon the talks were still making progress. “I think that we’re close, that’s what they tell me, those who are negotiating,” she told reporters. Two of the key issues continued to be business liability protections and aid for state and local governments.

Here’s a sample of the praise Vilsack is getting:

Zippy Duvall, president of the American Farm Bureau Federation, said Vilsack “earned a reputation for rising above partisanship to serve farmers and ranchers.”

Colin Woodall, CEO of the National Cattlemen’s Beef Association, says "Vilsack is adding another chapter to an already storied career in agriculture. He has the unique skill set to be able to hit the ground running on day one.”

Todd Van Hoose, president and CEO of the Farm Credit Council, said Vilsack would be a “strong advocate” for farmers and rural America. Vilsack’s “comprehensive knowledge of agriculture and passion for rural America” was evident during his eight years under Obama, Van Hoose said.

Read our report here on what a Vilsack nomination would mean. 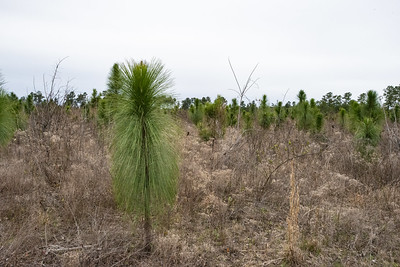 A new bipartisan Senate bill is intended to promote carbon sequestration and help meet a goal of planting 1 trillion trees worldwide by 2030.

Introduced by Delaware Democrat Chris Coons and Indiana Republican Mike Braun, the bill would authorize $150 million in loan guarantees so rural landowners using sustainable forestry practices could participate in forest carbon markets. It also would authorize $10 million annually for USDA to ensure an adequate supply of seeds and saplings.

The bill also would require USDA and the Interior Department to monitor the net stock of carbon in grassland and require USDA to set goals to increase the net carbon stock in American forests, grasslands, wetlands, and coastal blue carbon habitats.

Why it matters: A study in Science last year inspired the legislation. It found that 205 gigatons of carbon — about two-thirds of what has been produced by humans so far — could be sequestered by restoring 900 million hectares of forest and woodland canopy cover.

USDA is boosting incentive payments from 5% to 20% for installing practices on Continuous Conservation Reserve Program contracts.

Ferd Hoefner, senior strategic adviser at the National Sustainable Agriculture Coalition, called the announcement a “baby step” to help reverse steep cuts in the payments during the current administration. During the Vilsack years, CCRP contract holders could get a 40% practice incentive payment and a 20% rental rate bonus. 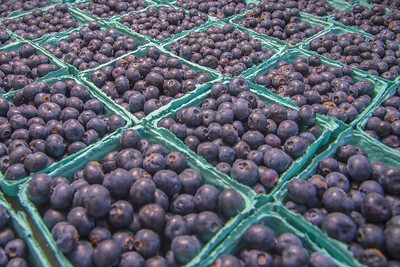 The Trump administration is aggressively investigating the alleged harm that imported blueberries, strawberries, bell peppers, squash, and cucumbers from Mexico do to U.S. farmers. And some of the biggest U.S. farm groups are warning the case could result in harm to the U.S.-Mexico-Canada Agreement and eventually result in retaliatory tariffs.

“As our industry continues to recover from COVID-19-related market shocks and supply chain disruptions the last thing we can afford at this point is additional uncertainty and higher tariffs,” groups such as the American Feed Industry Association, American Soybean Association, National Association of Wheat Growers and the North American Meat Institute told U.S. Trade Representative Robert Lighthizer in a letter.

Growers most affected by Mexican imports are adamant that the U.S. take action. Fresh strawberry imports from Mexico increased 417% from 2000 to 2019, and Florida’s strawberry growers lost 36% in market share, the Florida Strawberry Growers Association told USTR in a hearing this summer.

The UK and European Union are in last-ditch talks to try to reach a trade deal before Britain exits the EU on Dec. 31, and European farmers and food companies are worried about the potential “economic turmoil” that could ensue if an agreement is not reached.

“The UK will leave the Single Market and the Customs Union which will mean customs procedures, regulatory burdens and rising transport costs,” some of Europe’s largest farm and food organizations said in a statement Wednesday.

“A no-deal scenario, with the imposition of tariffs and heavy customs requirements, will create a dire situation. … Whatever the outcome of the negotiations, we encourage the EU and UK to put any acrimony behind them in favor of a strong and productive relationship for the benefit of all.”

Grain market analysts and economists are expecting few changes in the monthly World Agricultural Supply and Demand Estimates report due out today.