Lawmakers now have until this Friday to reach agreement on a new coronavirus relief package and government-wide funding for fiscal 2021.

Read our Washington Week Ahead for more.

This time around, tackling racism is job number one for Ag Secretary pick Tom Vilsack.

Eleven years ago, the word wasn’t mentioned at Vilsack’s Senate confirmation hearing, although he did pledge to resolve longstanding civil rights claims by Black farmers. But after being introduced by President-Elect Joe Biden at an event in Wilmington, Del., Vilsack pledged “to continue the important work of rooting out inequities and systemic racism in the systems we govern and the programs we lead.”

Perhaps illustrating the importance of civil rights to the Biden agenda, Vilsack’s prepared remarks made no mention of “systemic racism,” but he departed from the text to add the words when he laid out the broad strokes of his agenda for USDA should he be confirmed.

Keep in mind: He wasn’t alone. Biden and Vice President-Elect Kamala Harris also emphasized the issue, and Rep. Cedric Richmond, D-La., on a call with USDA stakeholders Friday, also brought up “systemic racism,” and said, “We don’t want to wait on our racial equity plan in helping Black farmers, we want to do that on day one.” Richmond has been appointed to serve as the head of the White House Office of Public Engagement.

Stabenow weighs in: Top Senate Ag Committee Democrat Debbie Stabenow of Michigan tells Agri-Pulse that Vilsack must tackle racial disparities “forcefully” when he returns to USDA. “I do think there is more important work to do as it relates to the racial inequities that have been historic in the USDA,” Stabenow said.

Stabenow also said she was glad to see Vilsack nominated and praised his previous work on food, nutrition, and climate policy. 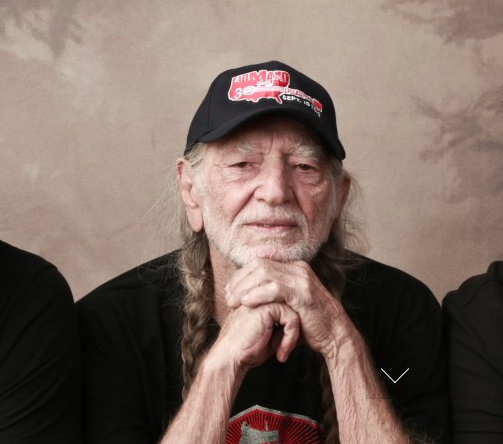 Willie Nelson and Farm Aid are urging Biden to nominate a Native American member of the USDA transition team as the department’s deputy secretary. Janie Hipp, a member of the Chickasaw nation, served at USDA in several capacities during the Obama administration, including as director of USDA’s Office of Tribal Relations. She’s now CEO of the Native American Agriculture Fund.

Nelson, the singer who is president and a co-founder of Farm Aid, says in a letter to Biden that Hipp “is prepared to protect and represent the interests of all of our farmers and ranchers through the current pandemic and beyond; and to address the issues of racial equity and access to USDA programs and services. “

The letter calls Hipp “an expert in all facets of the agriculture sector; from food law and policy, trade, credit and finance, ag business, risk management, federal nutrition programs, research and education, and rural development.”

Soybean yields in Brazil’s largest farming state of Mato Grosso aren’t turning out as good as previously expected during a year of late planting and spotty rains and that’s prompted AgRural, an ag consulting firm in the southern state of Paraná, to cut it’s forecast for this year’s crop.

AgRural has lowered its soybean production forecast to 131.6 million metric tons for the crop that farmers begin harvesting in January. That’s down from the firm’s previous forecast of 132.2 million tons.

A defense authorization bill that has cleared Congress includes provisions aimed at reducing the rate of suicides in rural areas.

Among the provisions is one that would create a farmer-facing employee training program at three key USDA agencies that deal directly with producers: The Farm Service Agency, Risk Management Agency and Natural Resources Conservation Service.

The bill also authorizes a $3 million public service announcement campaign to be put together by USDA and the Department of Health and Human Services.

“Between stagnant commodity prices, market consolidation, natural disasters caused by climate change, and a lack of mental health care resources, the rate at which farmers and ranchers are taking their own lives is continuing to grow,” said Sen. Jon Tester, D-Mont.

Farmers will have a new tool to battle PPO-inhibitor-resistant weeds if the Environmental Protection Agency finalizes registration of trifludimoxazin, a new herbicide developed by BASF.

The agency is asking for comments until Jan. 11 on the proposed registration. “Because of the unique way that trifludimoxazin binds to the PPO enzyme, it presents a new tool for weed control of waterhemp and palmer amaranth in agricultural field crops such as corn and soybean where PPO-inhibitor-resistant weeds are present,” EPA’s proposed registration says.

EPA said there are no human health concerns associated with the chemical, but that to address the risk of ecological damage, proposed label instructions would require a medium to ultra-coarse spray nozzle to reduce spray drift. 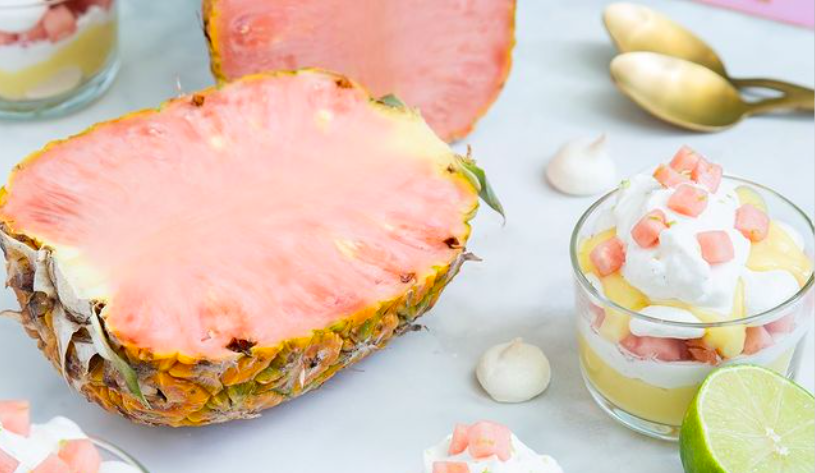 What do you get when you combine pineapples and the pigment lycopene that’s naturally found in tomatoes and watermelons? Del Monte Fresh Produce’s Pinkglow pineapples, which are now on the market in the U.S. for a limited time.

The fruit, which a spokeswoman says are genetically engineered to get the bright pink color, take up to 2 years to produce and are grown only in “ultra-limited harvests” in Costa Rica.

The company says the fruit isn’t just a different hue, but also juicier and sweeter and “boasts notes of candy aromatics and is sure to delight consumers of all ages.”

He said it. “Probably get up at 9 o’clock.” – Sen. Pat Roberts, R-Kan., asked what he’ll do when Congress ends and his retirement is official.