Adam Gray ‘stripped’ of chair position over Water Board vote

Assemblymember Adam Gray of Merced is claiming leadership has stripped him of his position as chair of the Governmental Organization Committee.

Gray attributed this to opposing a budget item last summer extending State Water Board authority to supersede federal decisions on a hydroelectric project. Gray had called it a water grab and another way the board has been expanding its reach regarding water flows. In a statement over the weekend, Gray said the action will “short-circuit” negotiations over voluntary agreements.

“I have spent my entire time in public office fighting Sacramento’s insatiable thirst for the Valley’s water,” he said. “No elected official should ever vote for policies that promise to destroy thousands of jobs and billions of dollars in economic opportunity in their district.”

Gray added: “History repeats itself.” He passed legislation five years ago seeking to hold the Water Board more accountable for the economic impacts of its decisions and lost his position on the Water Committee as a result, he said.

On that note: Assembly Speaker Anthony Rendon of Lakewood created a new Emergency Management Committee to focus on disaster response and prevention.

Gray has a position on that committee, along with fellow moderate Democrat Cecilia Aguiar-Curry of Winters and Republican James Gallagher, who also represents the Sacramento Valley region. 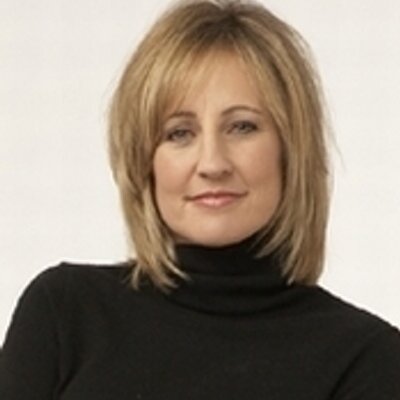 Meyers served as the first female press secretary under the Clinton administration, which inspired a character on the show “West Wing.” She is currently an executive at Warner Bros.

Meyers will be advising the governor on the vaccine rollout along with the state’s economic recovery.

Remember: The news comes after the governor’s Task Force on Business and Jobs Recovery delivered its final report, which was light on details and followed criticism over transparency with the committee’s role in pandemic-related decisions.

Newsom’s initial economic advisor, Lenny Mendonca, hailed from a dairy family in Turlock and was at the center of the governor’s rural economic development initiatives. Mendonca stepped down from his post in April to deal with anxiety and depression related to his role in the state’s coronavirus response.

California Farm Bureau President Jamie Johansson said it would be good to have an experienced person like Tom Vilsack lead the ag department again.

“During his previous service, we worked frequently with Secretary Vilsack, so we know he recognizes the special importance of California farms and ranches to American agriculture,” said Johansson in a statement.

Johansson appreciated Vilsack bringing his experience in leading the Dairy Export Council to the position. The Farm Bureau plans to stress the need for incentives-based policies programs for farmers when introducing new climate policy.

A new coalition of businesses has announced the formation of OneTen, an organization that aims to upskill, hire and promote 1 million Black Americans over the next 10 years. Minneapolis-based Cargill was one of the 37 founding member companies, along with PepsiCo, Walmart and others.

“While events of the past year have increased public awareness of racism and inequality, the 'why' behind Cargill’s commitment to diversity, equity and inclusion has not changed: It is core to our values, and it will enable the innovation and breakthrough thinking necessary to achieve our goals,” said Myriam Beatove, Cargill’s chief human resources officer.

Lawmakers now have until this Friday to reach agreement on a new coronavirus relief package and government-wide funding for fiscal 2021.

Read our Washington Week Ahead for more.

This time around, tackling racism is job number one for Ag Secretary pick Tom Vilsack.

Eleven years ago, the word wasn’t mentioned at Vilsack’s Senate confirmation hearing, although he did pledge to resolve longstanding civil rights claims by Black farmers. But after being introduced by President-Elect Joe Biden at an event in Wilmington, Del., Vilsack pledged “to continue the important work of rooting out inequities and systemic racism in the systems we govern and the programs we lead.”

Perhaps illustrating the importance of civil rights to the Biden agenda, Vilsack’s prepared remarks made no mention of “systemic racism,” but he departed from the text to add the words when he laid out the broad strokes of his agenda for USDA should he be confirmed.

Keep in mind: He wasn’t alone. Biden and Vice President-Elect Kamala Harris also emphasized the issue, and Rep. Cedric Richmond, D-La., on a call with USDA stakeholders Friday, also brought up “systemic racism,” and said, “We don’t want to wait on our racial equity plan in helping Black farmers, we want to do that on day one.” Richmond has been appointed to serve as the head of the White House Office of Public Engagement.

Stabenow weighs in: Top Senate Ag Committee Democrat Debbie Stabenow of Michigan tells Agri-Pulse that Vilsack must tackle racial disparities “forcefully” when he returns to USDA. “I do think there is more important work to do as it relates to the racial inequities that have been historic in the USDA,” Stabenow said.

Stabenow also said she was glad to see Vilsack nominated and praised his previous work on food, nutrition, and climate policy.

“The hard lessons we’ve learned in recent decades from catastrophic wildfires and drought can, and should, serve as the foundation for a new, integrated approach to water planning.” — Brian Veerkamp and Kenneth Payne of the El Dorado Water Agency, in an op-ed for Comstock’s Magazine calling for more reliable water for agriculture.