Ag workers in next round of vaccines

The governor’s office has decided food and agricultural workers will be among those next in line for COVID-19 vaccines. The section of workers includes nearly six million in all, spanning education, childcare and emergency services as well.

These groups will be the first of California’s approximately 12 million essential workers—about two-thirds of the workforce—to be inoculated. Ag workers will be prioritized as the top tier for Phase 1B. The following tier will include those 65 and older as well as workers in the transportation, manufacturing, industrial and commercial sectors.

A committee advising the governor noted in a recent meeting that to ensure easy access for farmworkers, the vaccines must be taken to the fields and job sites.

The first doses of the vaccines are currently being administered to the state’s frontline healthcare workers. 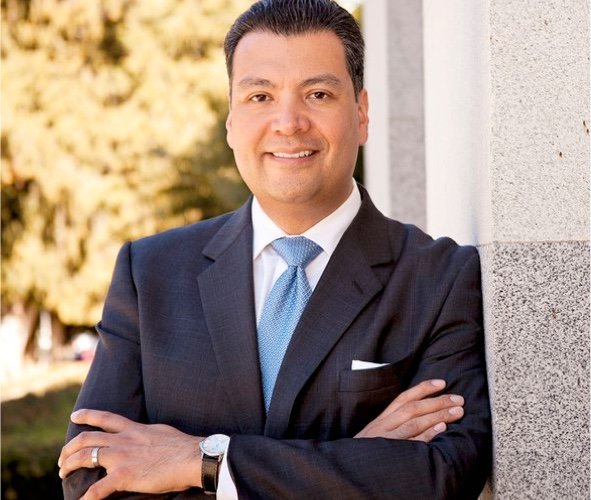 “As a state legislator, Alex Padilla consistently listened to all stakeholders and gave serious weight to the facts," said Western Growers CEO Dave Puglia. “These qualities will serve California well.”

California Farm Bureau President Jamie Johansson said that Padilla’s deep roots in public service have prepared him for his new role, and he praised other attributes.

“We appreciate that Secretary of State Padilla is, himself, the child of a hard-working immigrant family that came to this country to make a better life for their children,” said Johansson. “His career has been a testament to their sacrifice.” 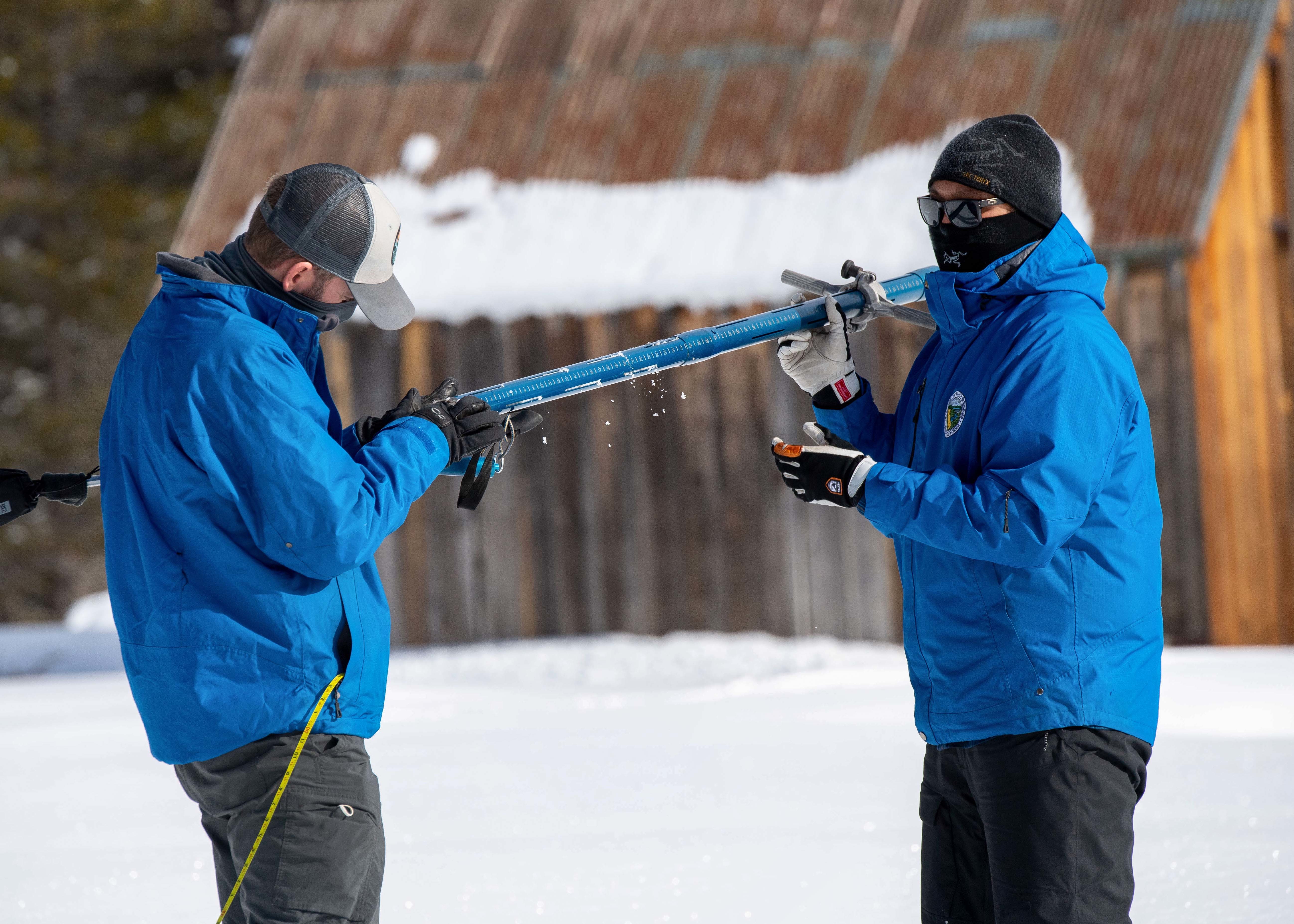 Recent storms were not enough to offset California's dry fall, according to a new snow survey by the Department of Water Resources (photo: DWR).

Daybreak is back but Legislature is not

During the holiday break, the leaders of the Senate and Assembly decided to delay the start of the 2021 session for one week due to the escalating coronavirus crisis in California. Business will continue next week in the same manner as 2020, with lawmakers socially distanced and some senators attending remotely.

Farmers who were facing a steep drop in government payments in 2021 will instead see a third round of coronavirus relief payments, while other producers and ag processors left out of previous aid programs this year will get help this time, under a massive stimulus package and government funding bill.

And there’s even more:  Wrapped into the year-end legislation are extensions of tax incentives for biofuels and renewable biofuels, new benefits for rural health providers, and a two-year water resources authorization bill that could accelerate reconstruction of waterway projects. Other provisions include $65 million to improve broadband maps and $100 million for Specialty Crop Block Grants.

A federal judge has blocked the Trump administration from carrying out changes to the H-2A minimum wage rates that would hold down annual pay increases and potentially encourage farms to import more foreign workers under the visa program.

The reforms released by the Labor Department on Nov. 2, shortly before the election, represented a win for farm groups that been calling on the administration to stop basing the rates on a regional survey of farmworker pay that led to frequent spikes in H-2A wages.

The United Farm Workers filed suit to block the Labor Department rule from being implemented, and U.S. District Judge Dale A. Drozd in the Eastern District of California granted a preliminary injunction in late December.

New Congress launches with new faces for US ag

The 117th Congress is officially underway with the swearing in of new members Sunday. The House includes a number of new members who could play a role in shaping food and agriculture policy, considering its importance to their districts.

Five of the top seven House districts nationwide in terms of agricultural production have new representation this year. All of them are Republican. The five: Randy Feenstra from Iowa’s 4th District, Tracey Mann from Kansas-1, David Valadao from California-21, Michelle Fischbach from Minnesota-7 and Ronny Jackson from Texas-13.

Take note: Nancy Pelosi, D-Calif., was re-elected House speaker on a 216-209 vote over GOP Leader Kevin McCarthy, R-Calif. Virginia Rep. Abigail Spanberger, who chaired a House Ag subcommittee in the last Congress, was one of three Democrats who voted “present.”

By the way: The Democratic-controlled House is expected to approve a rules package that makes changes on budgeting requirements and floor procedures. The cost of bills that address climate change would no longer have to be offset with spending cuts or revenue increases.

For more on the new Congress, read our Washington Week Ahead.

A new report from the Congressional Research Service questions whether most producers need another round of coronavirus relief payments. The report came out Dec. 21, the day Congress passed the COVID relief package that mandates a new round of Coronavirus Food Assistance Program payments to row crop farmers and other producers.

The CRS report notes most major crop and livestock commodities “have seen their prices increase substantially” since July because of improving market conditions. The notable exceptions are beef cattle and dairy, the report says.

“If current market conditions were to persist into the first half of 2021, it would appear that price declines would be a possible reason for a new round of CFAP payments for livestock and dairy, but not for row crops,” the report says.

Keep in mind: USDA has no discretion to make the additional CFAP payments required by the new aid package.

Bill Northey, who is wrapping up his term as USDA’s undersecretary for farm production and conservation, says Congress should consider making it easier for the government to respond to unforeseen crises like the COVID-19 pandemic that hit commodity markets. “It sure would be nice to have some standing authority within the farm bill to be able to do that,” Northey said in an Agri-Pulse Open Mic interview.

Listen to the interview here.

A key Senate Democrat is criticizing a significant new EPA rule that appears ready for release as EPA Administrator Andrew Wheeler heads for the door. The rule would change the way scientific data is used in writing future agency regulations.

The top Democrat on the Senate Environment and Public Workers Committee, Tom Carper of Delaware, calls the rule the administration’s “last gasp” of science denial. Environmental advocates and scientific societies charge that EPA’s desire to only use data and models if they “are available in a manner sufficient for independent validation” would lead to the exclusion of certain studies crucial for the protection of public health.

Take note: The rule hasn’t been published in final form yet, but the Office of Management and Budget has finished its review, so it could be published in the Federal Register before President Trump leaves office Jan. 20.

“We must press for regulatory sanity, but if California’s political leaders won’t answer that call, we must help our farmers find other ways to stay competitive.” — Western Growers CEO Dave Puglia in a CalMatters op-ed about the “electrified maze” of California employment law.