The Agriculture Department is working to get some new coronavirus relief assistance to farmers as soon as possible, but much of the work may not be completed before President-elect Joe Biden takes office in two weeks.

A massive bill President Donald Trump signed into law Dec. 27 includes $13 billion in COVID relief for farmers, a similar amount in nutrition assistance, plus funding for the entire government through the rest of the fiscal year.

“We are making every effort to get implemented what we can implement, and make it very easy for the next administration” to carry out the rest, Bill Northey, USDA’s undersecretary for farm production and conservation, told reporters Tuesday.

Some of the provisions could be implemented fairly quickly by the incoming administration, while others will likely require the department to go through a rulemaking process.

Northey wouldn’t provide a timetable or address most specific provisions of the bill, but he indicated some issues were already under review by the White House Office of Management and Budget.

The bill requires USDA to make a third round of payments under the Coronavirus Food Assistance Program. Row crop farmers will receive new payments worth $20 an acre. Payments to corn growers will likely total $1.8 billion and nearly $1.7 billion to soybean producers, according to an analysis by the American Farm Bureau Federation. 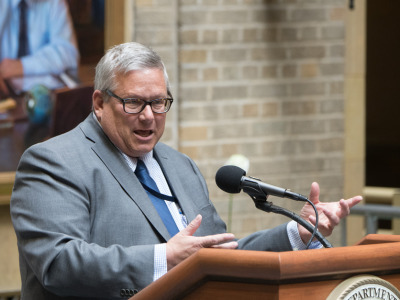 Cattle producers will receive supplemental payments under a separate formula that will amount to about $63 per head for fed cattle and $25.50 for feeder cattle, the Farm Bureau estimates.

Another provision, which Northey says will take more time to implement, ensures livestock and poultry farmers who had to depopulate herds or flocks because of processing disruptions will be compensated based on 80% of the animals' fair market value. The program will require USDA to make determinations about issues such as the time period covered by the compensation.

Also facing the new administration will be a new Dairy Donation Program authorized by the bill. USDA will have to set up procedures for reimbursing dairy processors for surplus products they give away. Under the legislation, companies will be compensated both for processing costs as well as the cost of the milk. The bill gave USDA 60 days to implement the program.

USDA already is moving to implement a 15% increase in Supplemental Nutrition Assistance Program benefits the bill authorized. The increase is to continue through June. USDA’s Food and Nutrition Service indicated it would issue a supplemental benefit for January to cover the increase.

"I am confident nearly all states can implement the 15% boost by February,” said Stacy Dean, vice president for food assistance policy at the Center for Budget and Policy Priorities.

She also praised language in the bill to help states implement Pandemic-EBT, a program that is providing additional nutrition assistance to low-income families with children who are not eating at school during the pandemic. "With these changes, states should find it much easier to deploy these food benefits to struggling families with children in need." she said.

The FY21 funding portion of the bill includes increased spending for agricultural research and rural broadband.

The Supporters of Agricultural Research (SoAR) Foundation hailed an increase in the National Institute of Food and Agriculture’s “flagship competitive grants program,” the Agriculture and Food Research Initiative, from $425 million in FY 2020 to $435 million in the current fiscal year, which ends Sept 30.

SoAR said that even at $435 million, AFRI will be “unable to meet the substantial demand for research funding that currently exists.”

“NIFA's own data illustrates this: of 2,719 competitive grant applications received and reviewed through a competitive peer review process in Fiscal Year 2016, only 664 of the highest-ranked applications were funded,” SoAR spokesperson Josh Stull said.

An additional 757 proposals, totaling about $682 million and rated as “Outstanding, High Priority, and/or Medium Priority” could not be funded, Stull said. “In other words, that’s nearly $700 million in research, nearly the entire authorized amount, that didn’t get funded.”

The agreement accompanying the spending bill provides specific research direction for AFRI, saying congressional appropriators are “concerned with the insufficient progress made in [AFRI] to address conventional plant and animal breeding that can provide farmers with greater access to locally and regionally adapted cultivars.

The $40 million is an increase from $37 million in fiscal 2020 and is a record high for the program, which is authorized at $60 million, Deeble says.

Also research-related, the agreement accompanying the funding bill directs USDA’s chief scientist to complete a report within six months for the Agriculture Advanced Research and Development Authority. “The plan should include a discussion of how AGARDA can work in collaboration with ongoing research programs operating in ARS and NIFA.”

The agreement also includes numerous directives for USDA in the coming year.

One example involves regulations implementing the domestic hemp production program authorized in the 2018 farm bill. USDA’s 2019 interim final rule, the agreement says, “may create compliance challenges for the regulated community by using sampling and testing protocols that require too short a time frame between testing and harvest, failing to provide a lack of alternative to the use of Drug Enforcement Administration registered laboratories, requiring the conversion of THCA into delta-9 THC, requiring a sampling of only flowering tops, and establishing an inflexible negligence threshold of 0.5 percent.”

USDA’s final rule on the program should be “based on science,” the agreement says, and be in line with the 2018 farm bill legalizing hemp. The report also encourages the department to use current research at the Agricultural Research Service and land-grant universities, partnering with the National Institute of Food and Agriculture, “to guide the hemp sampling and testing protocols.” 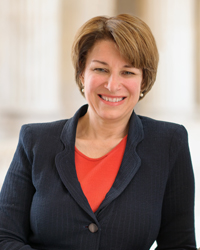 USDA also must develop regulations to “protect the transportation, processing, sale, or use of hemp and in-process hemp extract, that may temporarily exceed a delta-9 THC concentration of 0.3%,” the agreement says.

To expand high-speed internet service, the bill also includes $635 million in FY21 funding for USDA ReConnect program, which provides grants and loans for rural broadband expansion, an increase of $80 million over FY20. The bill also earmarks $65 million to improve the accuracy of the FCC’s broadband availability maps.

“In 2020, every family in America should have access to high-speed internet, regardless of their ZIP code,” said Sen. Amy Klobuchar, D-Minn. “The pandemic has exposed how critical broadband is to staying connected to work, school, health care and more."

Other language of note in the report:

ARS received more for employees — $1.49 billion versus $1.41 billion in fiscal 2020 — but significantly less for buildings and facilities, $35.7 million instead of the $192.7 million enacted for fiscal 2020. The bill said that while supportive of the department’s One Neighborhood Initiative designed to consolidate offices with similar functions, USDA had not adequately justified it in its budget request.

Private lands conservation operations in the Natural Resources Conservation Service held steady at $832.7 million, up $3.1 million from FY 2020’s $829.8 million. That also was the overall increase for NRCS, which went from about $1.015 billion to $1.018 billion.

The Natural Resources Conservation Service will see a slight increase, from $829.8 million to $832.7 million. The Risk Management Agency also will get a small boost, to $60.1 million from $58.36 million.

The Economic Research Service will receive an increase from $84.8 million to $85.5 million. The National Agricultural Statistics Service stays about the same as well, going from about $180.3 million to $184 million.

Next week: A look at the EPA and FDA appropriations bills.