Prices for many commodities have risen sharply to levels not seen in several years. But the president of the nation’s largest farm group, the American Farm Bureau Federation, isn’t ruling out seeking additional federal relief in 2021.

Duvall said the climate policy proposals developed by the Food and Agriculture Climate Alliance are under active discussion on Capitol Hill. AFBF is part of the coalition.

He said he has talked directly to several of President-elect Joe Biden’s Cabinet picks, and that some of them contacted him first. Duvall didn’t name those Cabinet designees.

Read our report on the convention here.

Farm groups continue to have online meetings with members of the Biden transition team and key Cabinet picks. On Friday, Agriculture Secretary-designate Tom Vilsack talked with more than two dozen leaders in the fruit and vegetable sector. Among the issues they discussed: Vaccine distribution, immigration reform, and climate change.

According to a readout provided by the Biden transition team, the ag leaders told Vilsack they “are not a monolith and requested that the USDA, including its senior staff, take the time to understand the complexities of their work and the challenges they face.”

Vilsack indicated he hopes Congress will take up the Farm Workforce Modernization Act, which passed the House in 2019, and fold it into a broader immigration reform bill, said Robert Guenther of the United Fresh Produce Association.

The FWMA, which was supported by many farm groups, included provisions to make H-2A available for year-round workers on a limited basis and would provide undocumented farmworkers a path to legal status.

Keep in mind: Immigration reform remains a heavy lift for Congress, although the chances of a bill passing are somewhat better with Democrats in control of both the House and the Senate. 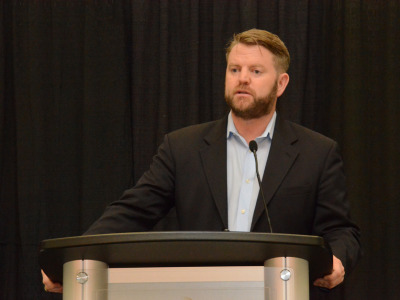 Ag leader: ‘Not if, but when’ for climate legislation

Now that Democrats have won control of the Senate, climate legislation is inevitable, and farm groups have to get involved in the debate, says Chandler Goule, CEO of the National Association of Wheat Growers and a former Democratic congressional staffer.

“We’ve got to make sure that agriculture is part of the solution. … It’s not if climate legislation is coming, it’s when. So we might as well just get over whether this is going to happen or not,” Goule said in a Washington Week in Review interview with Agri-Pulse.

He said “there’s got to be an incentive there to help farmers with what is going to be an increased cost of production in order to meet” new climate regulations.

Sen. Debbie Stabenow, who will chair the Senate Ag Committee, says climate policy will be a “top priority” for the committee.

“We’ve not been limited, we haven’t slowed down, there’s just a few provisions that we need to get the regulation published so we can move forward,” Norton told Agri-Pulse. Norton expects the ACEP rule to be published shortly after RCPP.

The 2018 farm bill provided dedicated funding for RCPP – $300 million a year – and also made some other changes. Among other things, all projects will have to report on environmental outcomes. 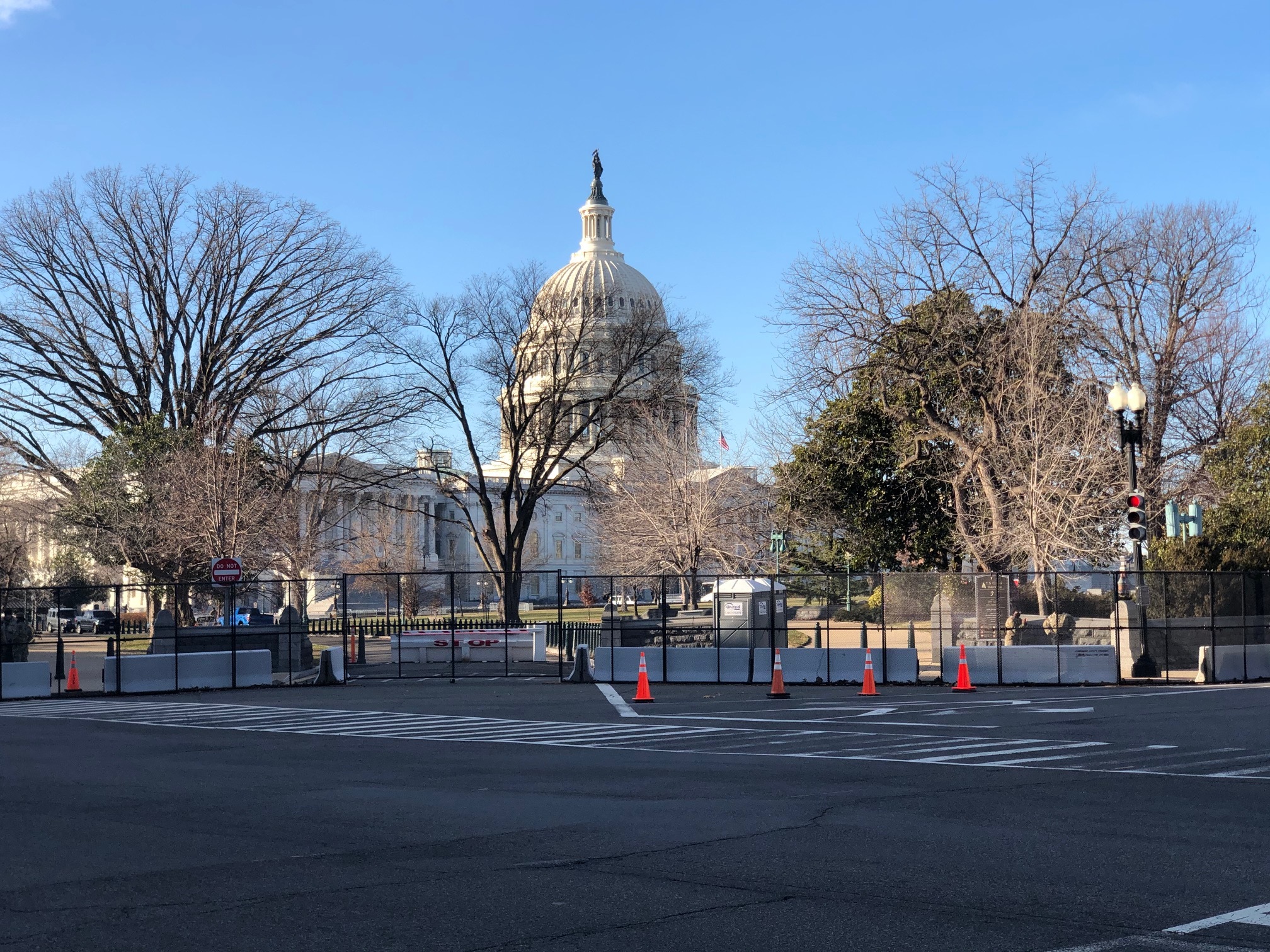 US beef exports expected strong in 2021

U.S. beef exports in November had “one of the best months on record” despite the ongoing COVID-19 pandemic and trade is expected to remain strong into 2021, according to an analysis by the U.S. Meat Export Federation.

USMEF President and CEO Dan Halstrom said international demand “for U.S. beef in the global retail sector has been outstanding and we expect this to continue in 2021. Unfortunately, foodservice continues to face COVID-related challenges. We expect a broader foodservice recovery this year, especially from mid-2021, but will likely still see interruptions in some markets.”

The U.S. has begun an investigation into whether Vietnam is manipulating its currency, and the National Pork Producers Council is worried about the potential repercussion on trade. If the U.S. were to penalize Vietnam and hit it with tariffs, U.S. pork would likely be a victim of retaliation.

“U.S. pork producers have worked very hard over the past decade to develop foreign markets around the world, including the Vietnamese market,” NPPC Director of International Affairs Maria Zieba told the U.S. Trade Representative in recent testimony

NPPC says any Vietnamese tariffs in the near future would jeopardize a recent spurt in U.S. exports. U.S. pork exports to the country rose by 370% from 2015 to 2019, and shipments are strong now. 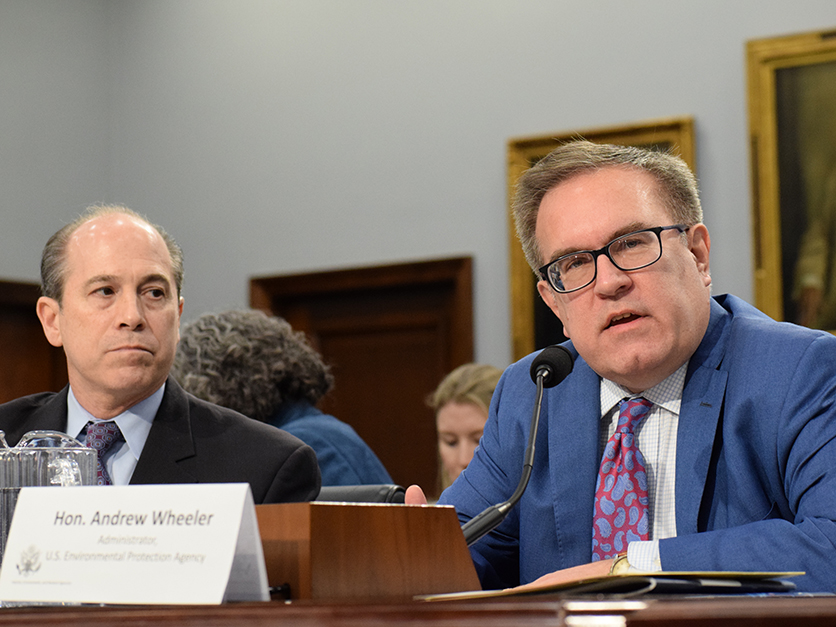 EPA Administrator Andrew Wheeler will appear with Mississippi lawmakers this morning to make an announcement about the Yazoo Area Pump Project, the culmination of a decades-long effort to prevent flooding — and protect thousands of acres of agricultural lands — in the Yazoo Backwater Area in the Mississippi River Basin.

In 2008, EPA vetoed a proposed permit for an earlier project design, which the Army Corps of Engineers said would threaten as much as 67,000 acres of wetlands. Changes in the project have led EPA to conclude that this time around, the environmental damage would be reduced and the previous veto did not apply, but environmental groups contend the project is substantially the same.

Comments are due today on draft guidance from EPA interpreting the Supreme Court’s Maui decision, which concluded EPA can regulate pollution that is discharged into waters of the U.S. after traveling through groundwater.

As reported last month by Agri-Pulse, the draft document may have a short life in the Biden administration given that it takes a narrow view of Clean Water Act jurisdiction.

EPA’s guidance expands upon the number of factors the agency should consider when deciding whether discharges need a Clean Water Act permit, adding “system design” to seven other factors including distance and time.

He said it. “One thing has to happen: Our elected leaders have got to turn the page on partisanship. We’ve got to work together as one country, one people, for the good of all of the people in this country.” AFBF President Zippy Duvall at Sunday’s convention news conference.