Draft guidance implementing a Supreme Court decision finding EPA can regulate pollution that is discharged into waters of the U.S. after traveling through groundwater is likely to get a close look from the Biden administration.

The guidance, which lays out a series of factors to consider before determining whether a discharge permit would be necessary, received praise from industry and a pointed rebuke from the attorney for the Hawaii Wildlife Fund, which ended up in the Supreme Court after years of litigating the issue of whether a Maui wastewater treatment plant should have to get a permit because its facility discharged pollutants that reached the Pacific Ocean through groundwater.

The guidance, said David Henkin of Earthjustice, “is the dying gasp of an administration that tried, but failed, to convince the Supreme Court to gut the Clean Water Act. The incoming Biden administration should throw this draft guidance in the dumpster.”

Mary-Thomas Hart, however, environmental counsel at the National Cattlemen’s Beef Association, said the guidance “will help make sure that producers have the regulatory certainty that they need.” The ag community has worried for years that EPA might step up enforcement on farming operations, especially livestock facilities, for Clean Water Act violations.

Attorneys at Morgan Lewis & Bockius said in an analysis the guidance "represents a narrow reading of Maui that would limit the circumstances under which a NPDES permit is required for discharges into groundwater" and said it is "unclear" if it will be finalized or rescinded. "The incoming administration is likely to have different priorities and may favor a broader view of the Clean Water Act that would regulate discharges into groundwater more expansively." 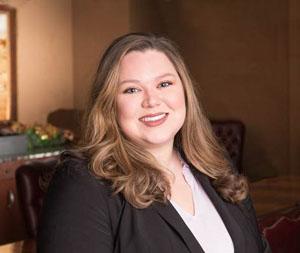 The court found that a permit is required when a discharge of pollutants that is conveyed by groundwater into waters of the U.S. “is the functional equivalent of a direct discharge from the point source into navigable waters.”

But there’s a big gap between circumstances where the law applies and where it probably does not, the court said.

“Where a pipe ends a few feet from navigable waters and the pipe emits pollutants that travel those few feet through groundwater (or over the beach), the permitting requirement clearly applies,” Justice Stephen Breyer wrote in the court’s opinion.

“If the pipe ends 50 miles from navigable waters and the pipe emits pollutants that travel with groundwater, mix with much other material, and end up in navigable waters only many years later, the permitting requirements likely do not apply,” he added.

The court listed seven factors that could apply to determine whether a discharge should require a permit, including (among others) “transit time” and the distance the pollutants travel, chemical dilution, and the amount of pollution that actually ends up in the waters.

EPA expanded on the court’s decision, saying “if the pollutant composition or concentration that ultimately reaches the water of the United States is different from the composition or concentration of the pollutant as initially discharged, whether through chemical or biological interaction with soils, microbes, plants and their root zone, groundwater, or other pollutants, or simply through physical attenuation or dilution, it might not be the ‘functional equivalent’ of a direct discharge.”

The agency also added a new factor: “the design and performance of the system or facility from which the pollutant is released” and laid out a road map for facilities to use to avoid CWA regulation.

“If a facility is designed and performs with a storage or treatment system such as a septic system, cesspool or settling pond; if the facility is operating as a runoff management system, such as with stormwater controls, infiltration or evaporation systems or other green infrastructure; or if the facility operates water reuse, recycling or groundwater recharge facilities, and these system components in fact prevent or abate discharges of pollutants to waters of the United States, it may be less likely that an NPDES permit would be required — either because those pollutants do not reach a water of the United States or because the discharge is not a functional equivalent of a direct discharge to a water of the United States,” the guidance says.

A former EPA water attorney summarized the “system design” language as, “If the system is not engineered to direct pollutants to WOTUS, then the CWA does not apply,” which “arguably introduces an intent standard into a strict-liability statute. 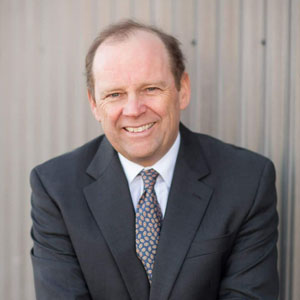 “One could argue that even though the pollutants reach WOTUS, the system was not designed to put them there (e.g., a coal-fired power plant ash pond), so no permit is required,” Mark Ryan of Ryan & Kuehler said on his blog. “I doubt that was the court's intent.”

To Henkin, “the draft guidance indicates that a second-term Trump EPA would have given polluters a free pass whenever (1) discharging via groundwater increases the time or distance it takes pollutants to reach a surface water (as compared to discharging directly via a pipe) or (2) the pollutant changes in any way (composition or concentration) between the point of discharge and the receiving water body.”

“You simply can’t square the Supreme Court’s broad understanding of the Clean Water Act’s reach with the interpretation in this draft guidance, which tries to let polluters off the hook in nearly every case,” he said.

NCBA's Hart said the guidance “made clear … that whether a discharge is subject to regulation will depend at least in part on a discharge’s composition.” EPA will have the opportunity to consider “interactions with soil, roots, groundwater, and physical dilution, which may reduce the discharge’s equivalency to a direct discharge. All of those factors have the impact to pull the discharge out from regulatory burden.”

She said NCBA’s concern “is that there could be medium-sized operations that are using ditches to retain pollutants so that they don’t reach surface waters, but if there’s any groundwater seepage, then they could be at risk of regulation.”

“The list of factors that we got from the Supreme Court case, coupled with this guidance that we received today, provides a lot of the necessary information that we need going forward,” she said.

But Hart also acknowledged the new administration “is going to play a significant role in how this is implemented. We will be advocating for currently regulated entities to keep their status, so if you're considered a nonpoint source now, that you remain a nonpoint source.”

Environmental advocates have criticized EPA for inadequate oversight and a lack of willingness to require animal feeding operations to get permits.

The agency has not responded to the petition.