Lawmakers have their focus on impeachment for now, but Democratic leaders are likely to try to pivot quickly over the next weeks as President-elect Joe Biden takes office. Climate policy as well as immigration and tax reform will be on the agenda for the Senate.

Senate Democratic Leader Chuck Schumer includes those priorities in a “dear colleague” letter outlining his plans for the caucus. Schumer will become majority leader once the two new senators from Georgia, Jon Ossoff and Raphael Warnock, are seated.

Schumer didn’t go into any specifics, but he said the Senate would first pass another COVID relief bill and then turn to other issues, including climate policy: “We will consider bold legislation to defeat the climate crisis by investing in clean infrastructure and manufacturing, which will create millions of good jobs for Americans, regardless of zip code.”

He couched tax reform as an issue of addressing “our historic income inequality problem,” which implies Democrats intend to carry out their campaign promises to undo key parts of the 2017 tax reform law and increase taxes on the wealthy.

Keep in mind: Schumer also said, “When and where we can, we will strive to make this important work bipartisan. But count on Democrats to try to pass as much as they can through the budget reconciliation process.”

Reconciliation bills only need a simple majority to pass the Senate, and Congress could conceivably consider two this year, one for fiscal 2021 and the other for fiscal 2022, which starts in October. According to The Washington Post, Biden won’t try to use budget reconciliation to pass the COVID aid package he’ll propose later this week. 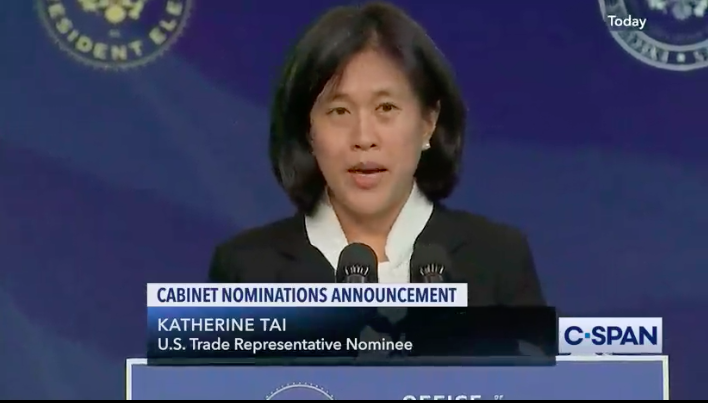 Speaking at a virtual event held by the National Foreign Trade Council Foundation, she said: “In the international arena, we face stiffening competition from a growing and ambitious China. A China whose economy is directed by central planners who are not subject to the pressures of political pluralism, democratic elections, or popular opinion.”

She also noted the challenge of “making sure the USMCA lives up to its promise and potential.” As top trade adviser for the House Ways and Means Committee, she helped negotiate the addition of stiffer labor and environmental requirements to the USMCA.

Don’t miss this week’s Agri-Pulse newsletter, which includes reports on Biden’s Cabinet picks and a look at how an unintended consequence of USDA’s Food Box program is roiling the dairy industry.

Farmers may have to wait a while for next CFAP

A top farm economist doesn’t expect farmers to see their third round of Coronavirus Food Assistance Program payments until the end of this quarter or early in the second quarter.

“In conversations that we’ve had with current USDA staff, I think there is some IT infrastructure that needs to be developed, the paperwork needs to get developed, FSA staff may need to be trained, so I’d say stay tuned on that,” the American Farm Bureau Federation’s chief economist, John Newton, said on a panel during the organization’s online convention.

By the way: AFBF economists have totaled up the ad hoc assistance that producers have received since 2018 in the form of CFAP and Market Facilitation Program payments.

Environmental groups are wasting no time challenging EPA’s rule on scientific transparency. A lawsuit filed in Montana claims that agency leadership pushed the rule through over the objections of the agency’s top scientists.

“Both the rule itself and its immediate effective date exceed the agency’s statutory authority,” the lawsuit says. The lawsuit says of the rule, “Under the guise of promoting ‘transparency,’ the rule will limit the EPA’s discretion to consider research for which the underlying data are not publicly available.” 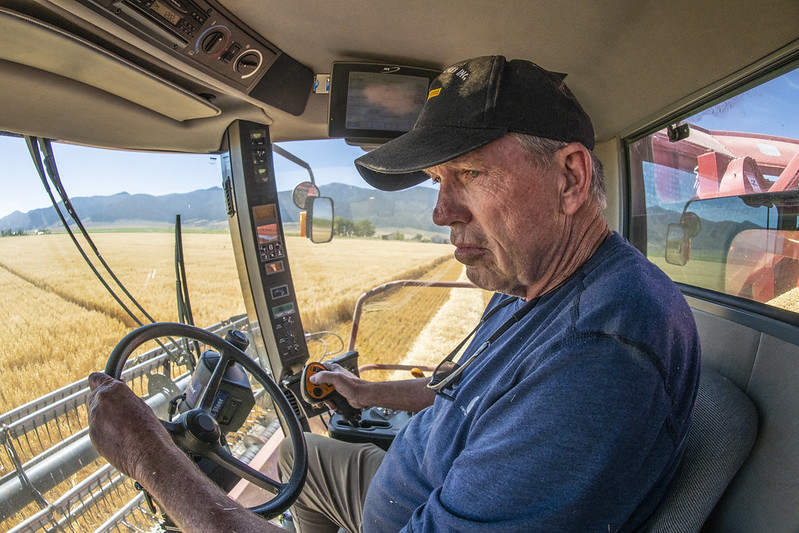 The report’s title is a mouthful: the U.S. Agriculture Innovation Strategy Directional Vision for Research. The report comes with an online dashboard that sorts information gathered since the agenda was announced in February with a goal of increasing U.S. agricultural production by 40% by 2050, while cutting its environmental footprint by half.

The recommendation on research grants is one of hundreds of such nuggets throughout the report, which identifies research gaps and “transformational research goals for the next era of agriculture.”

The Russian government is preparing to hit wheat exports with stiff new taxes from Feb. 15 through June 30, and traders are accelerating shipments ahead of those duties, according to USDA's Foreign Agricultural Service.

The export tax will be the equivalent of about $31 per ton inside a 17.5 million-ton combined quota for wheat, rye, barley, and corn. Above the quota, the tax will be at least $122 per ton.

She said it. “Whether it is contending with the challenges of China or making sure the USMCA lives up to its promise and potential, we will only succeed if we work together.” – USTR-designate Katherine Tai.