Daybreak May 13: Democrats feeling the heat on taxes

Farm groups are getting the attention of House Democrats when it comes to President Joe Biden’s proposals to expand the taxation of capital gains.

The chairman of the House Ways and Means subcommittee that handles tax policy, California Democrat Mike Thompson, said at the outset of a hearing Wednesday that he’s concerned about the impact of tax increases on farmers.

“As we consider some of the advantages that the tax code provides the wealthy … we also need to keep in mind how the tax system affects working small business and farm owners,” said Thompson, who represents a wine-growing region north of San Francisco.

If not crafted properly, inheritance taxes “could do away with all family-owned businesses and family farms,” he said at another point.

But, but, but: Thompson gave little hint of how – or even whether – he would reshape Biden’s particular proposal to tax appreciated gains at death.

A witness at the hearing, former Treasury Department lawyer Hank Gutman, suggested to Thompson that family farms and small businesses should be allowed to defer the taxes as long as they stay in operation, but that’s what Biden is proposing, according to USDA.

Take note: Other options for increasing taxes on the wealthy won’t be any more palatable to business owners or investors. UCLA tax expert Jason Oh, for example, called for taxing increases in asset values every year, a concept known as “mark-to-market.”

Company eyes cultured chicken in the US by year-end

UPSIDE Foods, formerly known as Memphis Meats, says it could have its first consumer product on American dinner plates by the end of the year. But the U.S. regulatory process will have the final say on just when that happens.

A spokesperson for the company confirms to Agri-Pulse the company has a cultured chicken product before the joint Department of Agriculture and Food and Drug Administration regulatory process. UPSIDE is grateful for “the thoughtfulness, speed and openness that both agencies have demonstrated in this process,” the spokesperson noted.

USTR: A lot of work still to be done for US-UK trade pact

U.S. Trade Representative Katherine Tai has been asked repeatedly for a time frame on the completion of a free trade agreement with the UK, and on Wednesday she told lawmakers that the deal won’t be done soon.

During a nearly three-hour Senate Finance Committee hearing, Tai stressed that while the U.S. and UK already completed five rounds of talks during the Trump administration, “very critical issues are still open” and “there’s still quite a road to go there” before a deal can be reached.

Also of note: Tai promised Sen. Chuck Grassley, R-Iowa, during the hearing that she will confront Mexico’s top trade official on the country’s plan to ban glyphosate and GMO corn during the upcoming USMCA trade commission meeting.

Take note: Tai will be on the hot seat on Capitol Hill again today for another hearing, this time before the House Ways and Means Committee.

Global oilseed consumption is now expected to rise 3% in the 2021-22 marketing year, and that’s primarily a result of China’s voracious appetite for soybean imports, according to a new analysis from USDA’s Foreign Agricultural Service.

That demand will also boost world trade, says FAS, which noted that “Chinese demand is “projected to account for 60% of global soybean imports.” China will be storing some of the soybeans it’s importing, and that, together with a forecast for rising production, will contribute to moderately higher global supplies by the end of 2021-22.

“This increase is coming as the market rebounds from currently tight stocks which have driven soybean prices to an 8-year high,” FAS says. 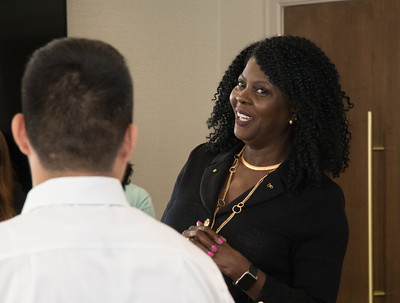 USDA's Economic Research Service and National Institute of Food and Agriculture are busy hiring new employees, although the agency’s staffing is still well below where it was before the agencies were relocated to Kansas City.

Chavonda Jacobs-Young, USDA’s acting undersecretary for research, education, and economics, told the House Agriculture Appropriations Subcommittee Wednesday that the two agencies now have about 440 employees between them, down from the 700 they had before the move.

Keep in mind: The Biden administration isn’t going to move the two agencies back to D.C., but some new staff may not be located in either city. “With telework capabilities more firmly established across our Department, we now have flexibility to search out talent wherever it exists,” a USDA spokesman said in a statement to Agri-Pulse.

Broadband advocates say the government needs to change its definition of broadband service to require download speeds of at least 100 megabits per second.

Critics say a 100-Mbps requirement would set the bar too high.

He said it. “I've got some farmland in my district that sells for millions of dollars an acre, so

it's a little different than farmland in most places.” – Rep. Mike Thompson, a California Democrat who chairs the House Ways and Means Committee’s Select Revenue Measures Subcommittee.

His district includes Napa County and part of Sonoma County.