Indiana is moving to eliminate state protection of isolated wetlands, with the support of building associations and the Indiana Farm Bureau but against vocal opposition from the environmental community.

The state Senate passed a bill Monday that would get rid of the state’s isolated wetland program, enacted in 2003 after a Supreme Court decision essentially did away with the federal government’s jurisdiction over those water bodies.

“I have major concerns that our farming community may be inadvertently singled out and possibly even targeted,” claimed Republican state Sen. Chris Garten in a hearing Jan. 25 on the bill in the Senate Environmental Affairs Committee before it was cleared for Senate floor consideration. The Senate passed it 29-19, with no Democratic support. Nine Republicans joined all the Senate Democrats in voting against the bill, which now goes to the state House.

Marla Stelk, executive director of the Association of State Wetland Managers, said she’s “concerned that this action by Indiana, if passed, could embolden other states to take the same approach.”

“The Trump Administration stripped federal protection for isolated wetlands and other ephemeral aquatic resources when they repealed and replaced the Clean Water Rule with the Navigable Waters Protection Rule (NWPR), so states are now asking why their laws should be any more protective of these resources than those set by the federal government,” she said.

She said isolated wetlands and ephemeral waters “are extremely valuable and important not only for wildlife (and thus the outdoor sportsmen industry), amphibians, pollinators, etc., but also for water quality, carbon sequestration and other economic, social and ecological benefits.”

In addition to scrapping the isolated wetland law, the bill would end any enforcement proceedings against landowners allegedly in violation. 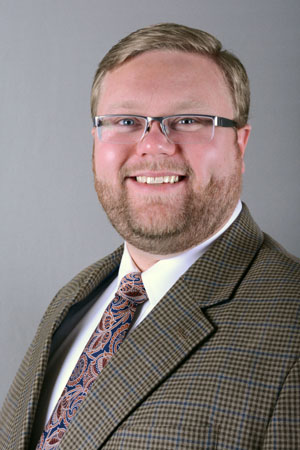 “We normally do not pass bills that interfere with ongoing cases,” Democratic Sen. Karen Tallian said at the hearing. Bill co-sponsor Sen. Mark Messmer, a Republican, responded, “It wouldn’t seem proper to continue enforcement action against somebody when the law has been repealed.”

Jeff Cummins, Indiana Farm Bureau’s associate director for policy engagement, told the committee that farmers are often prevented from “working their own ground,” including making drainage enhancements, because of what he called “wet spots.”

In a statement, Andy Tauer, INFB's public policy director, said the bureau "supports protecting water quality, wetlands and the environment as a whole, which is why so many of our members use a number of conservation practices on their operations. Part of what farmers do on the farm helps improve the environment and protect wetlands – whether through cover crops, buffer strips or precision ag. INFB supports the idea of minimizing the layers of government and streamlining the process that members have to go through concerning wetland permits.”

Tallian, while saying she understands the “ping-pong” that can occur between the Indiana Department of Environmental Management, which runs the state program, and the Army Corps of Engineers, which has authority over waters regulated under the federal Clean Water Act, asked Cummins why it was necessary to “jettison” the entire program.

“Ultimately, our members would prefer to deal with a single agency,” Cummins said.

The legislative action comes as the Biden administration is starting to review Trump administration rules such as last year’s Navigable Waters Protection Rule, which removed ephemeral streams — those that flow in response to rainfall and snowmelt — from federal jurisdiction. The Justice Department has begun asking courts to pause litigation challenging the NWPR.

The Indiana Wildlife Federation said the NWPR, with its emphasis on regulating continuously flowing waters or those hydrologically connected to them, leaves isolated wetlands — “those that don’t have a regular surface connection to a larger, protected water body” — unprotected.

IDEM representative Erin Moorhous told the committee only 15% of Indiana's wetlands remain from the amount about 200 years ago. About 80% of the state's remaining wetlands would be at risk under the bill.

But for builders, the loosening of regulations at the federal level didn’t go far enough. “We heard the call from our constituents and members of our association who thought they were going to see some regulatory relief last year when the new [waters of the U.S.] rule went into effect, only to find out they would still have to get an isolated wetland permit from the state for their project,” Rick Wajda, CEO of the Indiana Builders Association, told the committee.

Indra Frank, director of environmental health and water policy for the Hoosier Environmental Council, told the committee in written testimony it’s not clear just how many acres of isolated wetlands there are in the state, “so we don’t know for certain how many acres of wetlands would be in jeopardy. We know that wetlands absorb excess stormwater, but we don’t know how much additional flooding will result from the loss of this law or where that flooding will be.”

Much of the impetus for the bill stemmed from what Garten and other bill sponsors said was ambiguous language in the state law, over-enforcement by IDEM and high mitigation fees that drive up housing costs.

Indiana is “one of only eight states that regulate isolated wetlands at the state level,” Garten said. “That should cause us to ask why.” He and Wajda said Indiana’s regulation of such wetlands puts it at a competitive disadvantage and that local planning and zoning authorities must still enforce drainage requirements.

IDEM’s Moorhous, on the other hand, said Indiana “is one of a dozen forward-thinking states that have established protections for isolated wetlands.” Ohio recently developed a permit to cover isolated and ephemeral waters left uncovered by the NWPR.