Grimmway Farms has brought on Keri Morrelli as the new product innovation and development director. Morrelli has spent the last 15 years at Curation Foods where she most recently was a senior product developer.

The Produce for Better Health Foundation has selected Matt Middleton as its new chairman of the board. Middleton serves as the vice president of retail sales for Ventura Foods. Bil Goldfield, Dole Food Co., will serve as immediate past chairman; CarrieAnn Arias, Naturipe Farms, as vice chairman of the board; and Desiree Olivero, Wakefern Food Corp., as secretary and treasurer. 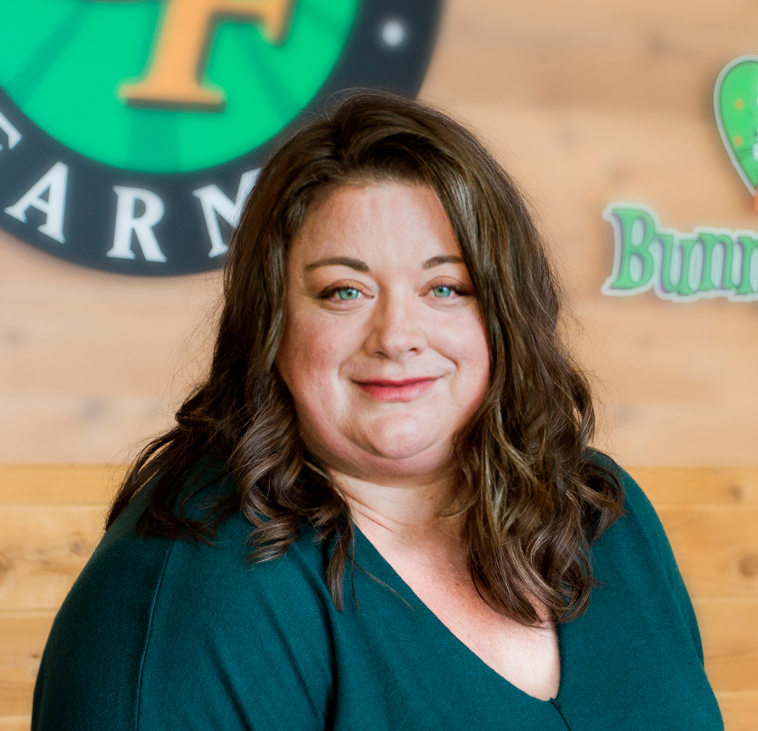 The Yolo Land Trust has elected Neal Van Alfen as president for 2021. Mary-Ann Warmerdam was elected vice president, Kathy Ward was elected secretary, and Chuck Moore as treasurer. The Land Trust works to protect Yolo County land from development by putting it into a trust to either preserve it or use it solely for farming.

Revol Greens has tapped Michael Wainscott to the newly-created role of chief financial officer. Wainscott previously worked as the CFO for Benson Hill Inc. He also was the CFO and co-founder of Technology Crops International, and CFO at Kings Inc.

Floyd Charles “Chuck” Olsen died Dec. 30 in Visalia, Calif., after suffering from health problems related to back pain. He was 77. In 1987, Olsen founded the Chuck Olsen Co., later spending the majority of his career in the produce and agriculture trade industry. He graduated with a degree in viticulture from Fresno State, and took his first job as a grower representative with Ernest and Julio Gallo. Known for his integrity, Olsen promoted his orchard’s produce building a loyal customer base both domestically and internationally.

The Department of Agriculture has announced more key staff appointments. Anne Knapke was named deputy assistant secretary for congressional relations. She most recently worked as a senior program officer at the Bill and Melinda Gates Foundation, focused on nutrition issues. Before that, Knapke was legislative director for Sen. Amy Klobuchar, D-Minn.

Liz Archuleta is now the director in USDA's Office of Intergovernmental Affairs. Archuleta previously served as a county supervisor for Coconino County, Arizona. She has also served as president of the County Supervisors Association and as chairwoman of the National Association of Counties' Public Lands Steering Committee. Jasmine Dickerson has been named legislative director in the Office of Congressional Relations. Dickerson most recently worked as staff director for the House Ag Subcommittee for Nutrition, Oversight, and Departmental Operations. Jamal Habibi was named chief of staff for the Rural Housing Service. Before joining USDA, Habibi was a senior associate at the Opportunity Finance Network. Brandon Chaderton is now the deputy White House liaison in the Office of the Secretary. He most recently served as director of human resources for the 2021 Presidential Inaugural Committee.

The Office of the U.S. Trade Representative also has announced staff appointments. Serving as the assistant trade representative for intergovernmental affairs is Sirat Attapit, who most recently served as director of legislative affairs for California Attorney General Xavier Becerra. Jan Beukelman has been hired as the assistant trade representative for congressional affairs. She previously served as Sen. Tom Carper’s, D-Del., legislative director.

Maíra Ferranti Corrêa will be USTR's new digital media director in the office of media and public affairs. She previously worked on the Biden-Harris campaign overseeing the production of campaign videos. Adam Hodge has been hired as the new assistant trade representative for media and public affairs. Hodge served in the Obama-Biden administration as deputy assistant secretary for public affairs at the Treasury Department, and most recently was senior vice president for external affairs at Ariel Investments. Ethan Holmes was brought on to be the special assistant to the USTR. He most recently served as Rep. Ron Kind’s, D-Wis., economic policy adviser. Ginna Lance has been tapped to be deputy chief of staff. She previously served as the associate operations manager for the Overdeck Family Foundation. She also worked in the Obama-Biden administration in the office of the vice president. Greta Peisch has been hired as general counsel. She has served as senior international trade counsel on the Senate Finance Committee and has served in the USTR Office of the General Counsel as chief counsel for negotiations.

Brad Setser will be the counselor to the USTR, helping provide advice on trade and economic policy issues. He most recently served as a senior fellow for international economics at the Council on Foreign Relations. Shantanu Tata has been tapped to be the executive secretary and adviser to the USTR. Tata previously worked as a senior policy adviser to Rep. Suzan DelBene, D-Wash. Jamila Thompson has been hired as a senior adviser. Thompson previously served as the chief of staff for the late Rep. John Lewis, D-Ga. Nora Todd is now the office's chief of staff. Before coming to USTR, Todd was chief economic adviser for Sen. Sherrod Brown, D-Ohio. Mark Wu has been brought on as a senior adviser. Wu previously served as a professor and vice dean of the graduate program and international legal studies at Harvard Law School.

Aimpoint Research will add Gregg Doud to its team as vice president of global situational awareness and chief economist. The Kansas native most recently served as chief agricultural negotiator in the Office of the U.S. Trade Representative. 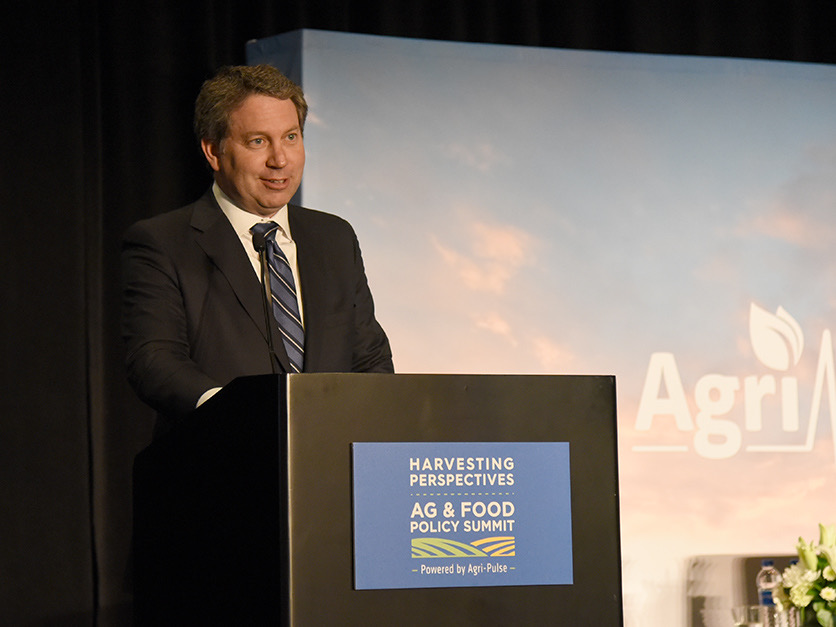 Patrick Delaney has moved over to the Senate Ag Committee as the new director of external affairs. Delaney served on the minority and majority staffs of the House Agriculture Committee under former Chairman Collin Peterson since 2018. Before that, he worked for 10 years in policy communications for the United Fresh Produce Association and the American Soybean Association.

President Joe Biden added staff members to the White House Council on Environmental Quality. Sara Gonzalez-Rothi has been tapped as the new senior director for water. Gonzalez-Rothi served as senior counsel on the Senate Committee on Commerce, Science, and Transportation, helping lead legislation and oversight relating to ocean, fisheries, weather, climate, clean energy. Jayni Hein has been brought on as the new senior director for NEPA and counsel. Hein is an adjunct professor of law at NYU School of Law and is the natural resources director at the Institute for Policy Integrity. Matt Lee-Ashley will be the senior director for lands and interim chief of staff. He previously served as a senior fellow at the Center for American Progress. Andrew Mayock is now the federal chief sustainability officer. Mayock most recently served as a senior adviser on the Biden-Harris transition team. Justin Pidot has been hired as general counsel. Pidot is a professor of law and the co-director of the Environmental Law Program at the University of Arizona James E. Rogers College of Law.

Mike Michener now serves as the deputy assistant administrator for the Bureau of Resilience and Food Security at USAID. He previously served as the vice president of product policy innovation at the United States Council for International Business. 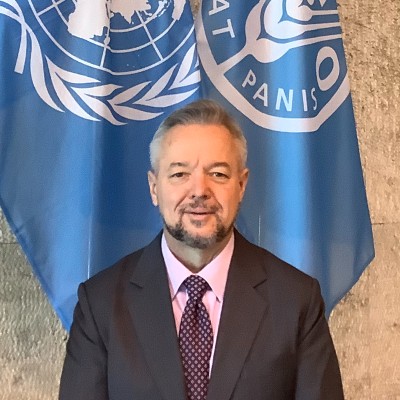 Former USDA Risk Management Agency Administrator Martin Barbre has joined the executive team of MyAgData as chief executive officer. MyAgData founder and current CEO, Deb Casurella, will assume the role of chief operating officer. Barbre was appointed administrator of the RMA in 2018 and before that, served as the president of the National Corn Growers Association. Barbre will officially take on his role with MyAgData on March 1.

Alejandra Nunez and Tomás Carbonell have joined the Environmental Protection Agency in the Office of Air and Radiation. Nunez will be the deputy assistant administrator for mobile sources and Carbonell was named deputy assistant administrator for stationary sources. Nunez previously worked for Sierra Club as a senior attorney and Carbonell was at the Environmental Defense Fund as senior director and director for regulatory policy.

Alex Dunn has joined Baker Botts’ environmental, safety, and incident response section of the litigation department. Dunn previously worked in the Trump administration at the Environmental Protection Agency as the assistant administrator for the office of chemical safety and pollution prevention.

Sarah Matthews moved back to Capitol Hill as the Republican communications director for the House Select Committee on the Climate Crisis under Rep. Garret Graves, R-La. Matthews previously worked for the Trump Administration in the White House office of communications as deputy press secretary.

The National Biodiesel Board selected Liz McCune as the new director of communications. McCune previously worked at the University of Missouri, where she served as associate director of media relations.

The National Cattlemen’s Beef Association has tapped Kansas cattle producer Jerry Bohn as its new president. Bohn is a retired lieutenant colonel in the U.S. Army Reserve and has been a part of the cattle industry his entire life. He has also served 34 years as the manager of Pratt Feeders, a commercial cattle feeding operation in Kansas. Don Schiefelbein of Minnesota was named president-elect, and Todd Wilkinson of South Dakota was elected vice president. 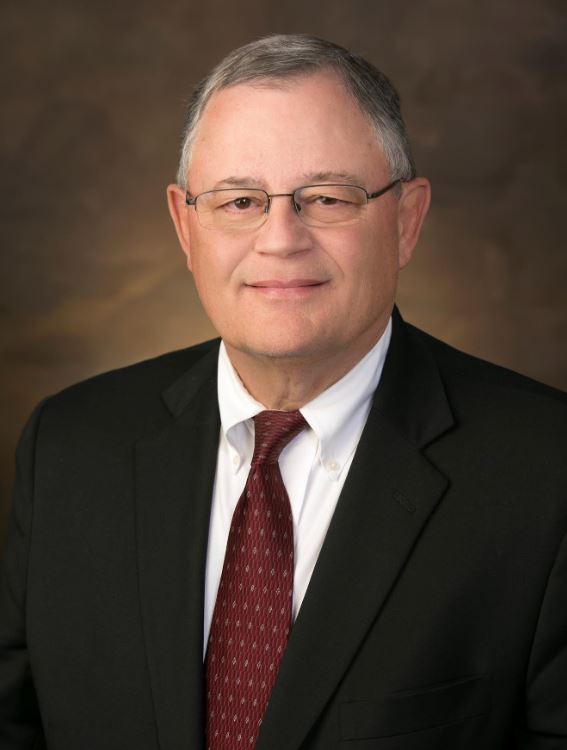 The International Dairy Foods Association has announced the new members of the organization’s executive council and the new directors of the industry segment boards. David Ahlem, CEO and president of Hilmar Cheese Company, is the new chair of the executive council. Patricia Stroup, senior vice president and chief procurement officer at Nestle S.A., will be vice chair; Stan Ryan, president and CEO of Darigold, will be secretary; David Nelsen, group vice president of manufacturing at Albertsons Companies, will be the new treasurer; and Dan Zagzebski, president and CEO of the Great Lakes Cheese Co., will be the immediate past chair. To view the rest of the appointments, click here.

The National Cotton Council has re-elected Mark McKean of Riverdale, Calif., as chairman of the American Cotton Producers of the NCC for 2021. He was formerly an ACP vice chairman and also currently serves as a NCC director.