Ag Secretary Tom Vilsack is meeting with climate advisers today as he moves ahead on what will be a top priority for his tenure. So far, he’s divulging little about the department’s plans or timetable for addressing the issue. But he does say USDA will be heavily focused on building a case for programs Congress could implement in the next farm bill, due in 2023.

“I don't have a specific timeline in mind, other than I think it is important for us at USDA to do what we can with the resources we have as quickly as we can, so we can determine what works and what doesn't work,” he told reporters.

He went on, “I see this as an opportunity for us to inform our actions, the formulation of long-term policies that could advance our efforts on climate.”

While we’re at it: Vilsack is reviewing the Farmers to Families Food Box program to see if revisions are needed to ensure that most of the USDA funding goes toward purchasing the food. He expressed concern that too much money is being spent on distributing the products.

One other thing: Vilsack wasn’t asked about whether he’ll try to modify or reverse the moves of the Economic Research Service and National Institute of Food and Agriculture to Kansas City. But he did make a point of saying he’s concerned about ongoing staffing shortages at those agencies.

The department’s inspector general is surveying federal meat inspectors to get their read on the safety of working conditions in the nation’s packing plants. The survey went out Monday and will be open for two weeks, members of the House Ag Appropriations Subcommittee were told Thursday.

The IG is also deep into an extensive investigation of the Trump-era Market Facilitation Program. The review is covering a range of issues, including the regional and demographic distribution of the aid as well as the accuracy of the payments. Investigators have pulled a sample of farmer records to audit for eligibility and payment accuracy.

If the Biden administration has a plan worked out for dealing with China, it’s keeping quiet on it. Katharine Tai, President Biden’s pick for U.S. trade representative, revealed little at her Senate confirmation hearing about the administration’s strategy toward China.

But she made clear that the U.S. isn’t ready to finish a trade deal with the UK, and she said the World Trade Organization needs major reforms, a position also taken by the Trump administration. The Biden administration has refused for the past two months to allow the WTO  to revive its appellate court system by installing new judges

“We need to be having hard conversations in Geneva in a constructive way,” Tai told the Senate Finance Committee. Basic, broad questions that ask what “the value of the WTO is to its members” and whether or not the WTO “is accomplishing the goals its founders and members expect of it” need to be addressed, she said.

Educating farmers on the benefits of regenerative practices and increasing the federal government’s investment in agricultural research and development are needed to help growers sequester carbon and potentially benefit from carbon markets, witnesses told the House Ag Committee Thursday in a hearing on climate change.

"We have to educate farmers and ranchers on time-tested ecological principles," said Gabe Brown, a North Dakota farmer and rancher who has used no-till and cover crops to vastly increase soil carbon in his soils and help his farm withstand periods of both drought and flooding.

Duvall also called for regulatory streamlining, particularly when it comes to EPA's approval of new ag chemicals and FDA's approval of feed additives that can help reduce animal methane emissions. 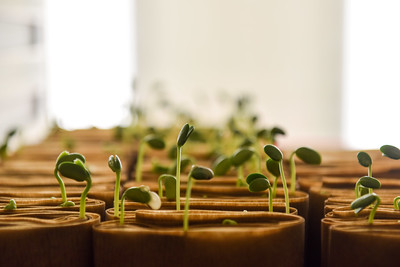 The nation’s middle and high school teachers now have access to detailed, FDA-authorized curricula on agricultural biotechnology. FDA developed the curricula under direction from Congress.

The 120-page guide for high school teachers leads students through the basics of agriculture and crop genetics and includes instructions on how to extract DNA from strawberries and how to edit genes.

The guide says genetic engineering provides crop breeders with much faster ways of doing many of the alterations done with traditional selective breeding. The curriculum notes that selective breeding can “result in the inheritance of unwanted genes responsible for unwanted traits.”

As expected, members of the National Association of State Departments of Agriculture have adopted policy calling on Congress to increase the allowed THC level in hemp from 0.3% to 1%.

“We’re going to have to work with Capitol Hill in order to affect that change but we see this as a game changer for the industry in helping advance the interests of growers and ultimately consumers who want these products,” NASDA CEO Barb Glenn told reporters.

By the way: NASDA also is asking USDA to allow for more meat items in the Food Box program.

Some 90% of working SNAP and Medicaid recipients are employed in the private sector, and a large share are in food service or retail, according to a report by the Government Accountability Office, the investigative arm of Congress. Restaurants, in fact, employ the largest share of working SNAP recipients in seven of nine states for which GAO reviewed employee data.

In Tennessee, Walmart had the largest number of employees getting food stamps, nearly 1,500, followed by McDonald’s with just under 1,200. In Nebraska, McDonald’s, Walmart and Tyson Foods lead the list of top employers with workers on SNAP benefits.

She said it: “To the extent that I have been privy to conversations … I don’t expect – if confirmed – to be put on the back burner.” – USTR nominee Katherine Tai, responding to concerns at a Senate Finance Committee hearing that trade was a low priority for the Biden administration.