Tom Vilsack will be back in very familiar surroundings today after winning easy Senate confirmation as agriculture secretary. He is expected to be sworn in today.

The Senate voted 92-7 Tuesday to approve Vilsack. All of the no votes came from Republicans except for Sen. Bernie Sanders.

What’s next: The top Republican on the House Agriculture Committee told state ag commissioners on Tuesday he expects Vilsack to “move ahead with the release” of Coronavirus Food Assistance Program payments. The incoming administration paused the payments to farmers in order to review the program. There is additional coronavirus assistance that was funded by Congress that has yet to be implemented by USDA.

Vilsack has more work coming at him in the form of the $1.9 trillion stimulus plan that Democrats are pushing through Congress. The bill includes nearly $23 billion in new ag and nutrition spending.

Take note: Sanders told reporters that he voted against Vilsack because he thinks “we need somebody a little bit more vigorous in terms of protecting family farms and taking on corporate.” But Sanders went on to say that Vilsack will be “fine” as secretary.

Read our report on the confirmation vote here.

It's unlikely the New Mexico congresswoman’s statements at the Energy and Natural Resources confirmation hearing changed the minds of any of the GOP members who have openly opposed her nomination, most notably Montana Sen. Steve Daines. But the tone of her remarks was relatively moderate compared to how critics see her.

While saying she expects fossil fuel energy to "continue to play a major role" in the American energy landscape, Haaland also said Biden's agenda "demonstrates that America’s public lands can and should be engines for clean energy production."

In response to Utah GOP Sen. Mike Lee's criticism of national monument designations, Haaland said that "everyone deserves to have a say in those."

Iowa GOP Sen. Chuck Grassley wants to make sure that the Biden administration will continue to press China to live up to its ag purchase commitments under the “phase one” trade deal, and he says he intends to press U.S. Trade Representative nominee Katherine Tai on the issue Thursday at her confirmation hearing.

Speaking to reporters Tuesday, Grassley stressed he will be “following up on what (the Biden administration) is going to do to police China in keeping the agreement to buy” $80 billion worth of U.S. ag commodities in 2020 and 2021.

Grassley said he will also ask for a progress report on how the U.S. is rallying Japan, South Korea, Canada and the European Union to join with the U.S. in its efforts to force China to be a more fair and transparent trading partner.

China has been buying U.S. ethanol recently, raising hopes that the country is going to commit to importing much more in 2021, but it’s still unclear just how much the Chinese want to invest in the long-term use of the fuel, says Gregg Doud, a former chief agricultural negotiator for the U.S. trade representative.

“My sense is that China is really trying to think through this whole notion of infrastructure for the use of ethanol and blending,” Doud, now the chief economist for Aimpoint Research, said in a webinar hosted Tuesday by the Farm Foundation.

China has already signaled its desire to shift automobile production to electric cars. Doud says that will play a role in how much the country wants to commit to the future of blending ethanol into gasoline.

We have more on agricultural trade prospects with China in this week’s Agri-Pulse newsletter.

Poultry giant Pilgrim's Pride has pleaded guilty and agreed to pay a criminal fine of nearly $108 million for taking part in price-fixing and bid-rigging in the broiler chicken market.

The company's guilty plea came at a hearing Tuesday in federal court in Colorado. The plea agreement says the company's participation in a conspiracy "with at least one competitor" affected $361 million in sales to KFC from 2013 through 2017. 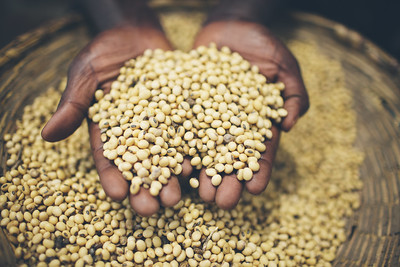 “Hunger levels are rising, child undernutrition levels are at severe risk of rising, obesity is increasing, we are off track to meet climate targets, biodiversity is being squandered, not enough decent jobs are being created and community resilience is being undermined,” the laureates say in a letter.

They also say the administration should play a leadership role in the upcoming United Nations Food Systems Summit and expand the USAID Feed the Future initiative to more countries.

He said it. “Thanks for being all beef and no bull today.” – Kentucky Ag Commissioner Ryan Quarles to Sen. John Boozman, R-Ark., who often talks about his experience with breeding cattle. Quarles is president of the National Association of State Departments of Agriculture.