The Newsom administration has proposed new programs that could ease reporting requirements for farmers, help farmers adapt to emerging drought conditions and provide technical assistance to disadvantaged farmers. But administration officials have faced skepticism from lawmakers in recent legislative budget hearings as well as strong opposition from the industry over a costly increase to fees levied on pesticide sales.

Dahle was specifically discussing a proposal to streamline regulatory reporting for farmers into a central hub from across various programs in CalEPA and at CDFA. Dahle pointed to the state government’s abysmal track record on solving IT problems, particularly with billions lost to fraud recently at the employment department. The nonpartisan Legislative Analyst’s Office (LAO) recommended lawmakers reject the administration’s proposal, arguing that while it has merit in relieving burdens to agriculture, it does not offer enough broader public benefit to warrant $6 million in taxpayer funding. Dahle worried about escalating costs as well.

CDFA Secretary Karen Ross defended the proposal, arguing it would “improve our customer service and make life a little bit easier for the agricultural communities of the state,” especially for small farmers and ranchers. Ross said the State Water Resources Control Board is eager to work with CDFA on a preliminary assessment of the needs, as the agency balances regulatory monitoring for the Irrigated Lands and CV-SALTs programs, among others.

The administration is also pledging support to farmers through a low-interest loan program for emerging green technologies, known at the Climate Catalyst Fund, which would be run out of the governor’s business office. But the idea has come under fire for proposing to fund climate-smart projects like dairy digesters and alternative manure management practices through loans rather than the incentives grants that lawmakers had approved through negotiations with the Jerry Brown administration and agricultural interests.

The Newsom administration first proposed the fund in early 2020, but mostly abandoned it as the pandemic created new budget uncertainty. The proposal this year has been scaled down from $1 billion to just $50 million aimed at ag programs and, in a separate proposal, another $49 million for wildfire resilience programs. Sen. Mike McGuire of the North Coast pointed out the funding for agriculture is less than half of what the Brown administration provided the methane reduction grant programs in the first year alone. He called it a broken commitment to dairy farmers in his region. 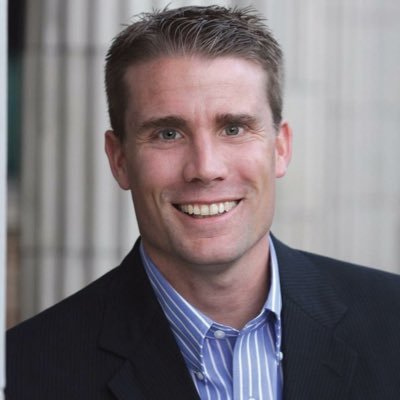 “[The Newsom administration is] trying to sell [the Climate Catalyst Fund] like this is the best new thing for [farmers],” said McGuire. “This state promised small family dairy farmers that we're going to help them transition to be able to beat climate change.”

He argued the administration did not consult with farmers in his region ahead of time.

“It's incredibly frustrating and a bit tone deaf,” added McGuire.

The administration is also seeking to backfill incentives grants for on-farm water efficiency projects that were lost during the pandemic, with $40 million split between the current budget and the next cycle beginning in July. LAO recommended holding off on the proposed early allocation, which gained pushback from lawmakers.

“We're broken right now as an economy, and speed is going to be our friend,” said Sen. Henry Stern of Canoga Park. “If we need to get farmers back on their feet or prepared for this drought season right now, that's what I'm most worried about.”

Stern said this money could help farmers adapt to the Sustainable Groundwater Management Act. The early action would allow groundwater recharge projects to be completed before next winter’s rains, according to Ross.

The administration also gathered broad support for a $6 million proposal on technical assistance grants for socially disadvantaged farmers, which make up 20% of all farmers in the state under the USDA Ag Census.

Farmers switching to green machines get a rare windfall of incentives dollars
When blazes sapped firefighters, farmers took over. Now they want state help to do more

Lawmakers applauded a second year of funding support to help CDFA-affiliated fairs cover the cost of layoffs as fairgrounds shuttered during the pandemic and lost event revenues. The proposal includes $60 million in total, with an additional $20 million left unspent from last year. Yet McGuire pointed out that “all fairs have cratered,” not just the ones the state is obligated to bail out. Numerous advocates pressed for county fairs to be included in the funding.

The greatest frustrations during hearings on the budgets for CDFA and the Department of Pesticide Regulation (DPR) have been directed at a proposal to replace the flat-fee mill assessment with a tiered structure based on risk assessment. It would derive an estimated $45 million annually in revenue by taxing sales of crop protection tools.

LAO said the proposal should be more aggressive, phasing it in faster and with higher fees, which has gained support among some liberal lawmakers.

Dahle, however, wanted to grant DPR the $8 million request in the proposal to cover the department’s structural deficit but called the assessment overhaul misguided.

“It's the wrong time to have this conversation,” said Dahle. “We're in a pandemic. We're asking people to use these things to stay safe. And at this time, we're going to change the whole concept of how we regulate and tax these products?”

He pointed to a bottle of hand sanitizer next to McGuire, which he said is considered a toxic pesticide and would be subject to this “pandemic tax,” as an unintended consequence of the proposal. Dahle added that it penalizes the farmer who must rely on pesticides, while illegal pot growers in national forests are destroying wildlife and ecosystems through uncontrolled pesticide use.

DPR Director Val Dolcini recognized the cannabis issue as the responsibility of county sheriff departments and defended the mill proposal as being a reflection of the industry’s efforts to reduce pesticide use.

"The more dangerous, more toxic pesticides, like fumigants and organophosphates and others, are going down,” said Dolcini, referring to usage trends. “What we hope to do with this proposal is accelerate that transition.”

Michael Miiller, director of government relations for the California Association of Winegrape Growers, called the approach unworkable, especially at a time of historic losses in the industry due to the pandemic and wildfires. Representing the Western Plant Health Association, Louie Brown pointed out that DPR’s budget has grown 15% over the last five years and the assessment revenues and related funding would provide another 40% increase. Chemical manufacturing groups, meanwhile, opposed the provision because it would deter existing efforts to create more sustainable products.

Roschen said it represents a significant policy and financial shift and even organic producers would struggle with higher, unavoidable production costs.