US Wheat ramps up campaign to woo Brazilian millers

Brazil is the third largest wheat-importing country in the world, and while it’s already a strong customer of the U.S., representatives of American farmers say there’s plenty of room for more business as they continue a campaign to win over more Brazilian millers and bakers who make the country’s bread, cookies, cakes and pasta.

Argentina, Brazil’s neighbor to the south and fellow member of the Mercosur trading bloc, is by far the largest supplier of wheat to Brazil, but its grip on the Brazilian market is far from complete, and the folks at U.S. Wheat Associates are ramping up efforts to take business away from Argentine exporters and other smaller suppliers like Russia.

U.S. Wheat has been working for years to get Brazil to increase access to its market, but it was in November of 2018 – just months before Brazil finally followed through on a 24-year-old promise to fill a yearly tariff rate quota for U.S. and other non-Mercosur wheat – that the U.S. group began taking its case about the benefits of U.S. wheat directly to Brazilian millers and bakers.

Brazilian bakers at two of the country’s leading schools baked bread for an entire week with only U.S. hard red winter wheat in an event coordinated by USW, the U.S. embassy and Abitrigo, the Brazilian association for millers. One of the lessons was that U.S. hard red winter wheat is much more suited to making “pãozinho,” a staple of the Brazilian diet that is basically a shorter version of a French baguette, with a firm crust and split at the top.

That split is very important to Brazilian bakers, says Miguel Galdos, USW’s top representative in South America, and it’s not possible without using additives when bakers are relying on the equivalent of U.S. HRW that comes from Argentina or Russia. 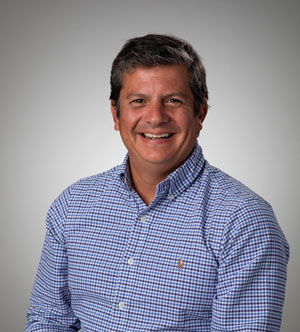 The one-week seminar held in São Paulo was essentially a showcase to demonstrate how HRW from the U.S. outperforms all others with its higher protein content, allowing the gluten to better absorb water and produce a more stable dough, says USW spokesman Steve Mercer. U.S. HRW ships with less moisture so the miller is actually receiving more potential flour in every load.

But events like the baking seminar and others are aimed more at promoting U.S. wheat over competing imports from countries other than Argentina, says Galdos. While U.S. quality is superior to the Argentine grain, it just can’t compete most of the time with the plentiful supplies from Brazil’s southern neighbor.

Brazil consumes about 12 million metric tons of wheat every year, but the country’s farmers only produce about 5-6 million tons, making millers there highly dependent on imports. Argentina, as usual, supplied about 80% of those imports in the 2019-20 marketing year, but the other 20% is up for grabs.

That was the case in 2019-20 when the U.S. shipped about 708,000 metric tons for about 10% of the Brazilian market, according to data from USDA’s Foreign Agricultural Service.

But Russia, which only accounted for 2.4% of Brazil’s market share, is expanding its exports.

“They are serious competitors,” says Mercer. “The biggest issue is price with Russia. They tend to underprice their wheat.”

But the U.S. is still the top non-Mercosur wheat exporter to Brazil, and that was very evident last year.

At first, Brazil implemented the 750,000-ton TRQ to allow non-Mercosur wheat to enter tariff free, but high bread prices and tight Argentine supplies spurred the Brazilian government to open up a second TRQ for 450,000 tons.

Biden’s USTR ramps up outreach to US farmers, ranchers
China ramps up US soy purchases on lower prices
US dairy ramps up fight against EU food name protection

Brazil imported about 1 million tons under the two TRQs – just shy of the 1.2 million possible – and U.S. farmers got about 80% of that business.

It’s a performance the U.S. wants to repeat, which is why USW has been educating Brazilian millers on how to get exactly what they need when they commit to buying U.S. wheat.

One area where the U.S. can steal business directly from Argentina is the wheat used to make cookies and crackers. While many Brazilian companies use a formulation of Argentina’s equivalent of hard red winter wheat – locally called “trigo pan” – to make the sweet treats, it is soft red winter wheat that comes only from the U.S. that provides the best quality, says Galdos.

The U.S. exports an average of about 72,000 tons of SRW to Brazil annually, but those sales have spiked as high as 200,000 tons before, and the goal is to make that the new normal, says Mercer. It’s why USW is itching to hold new seminars for Brazilian cookie and cracker companies, but the COVID-19 pandemic is holding up those plans.

Argentine trigo pan, together with additives, a lot of sugar, chocolate and other ingredients is commonly used, he explained, but the highest quality cookies and crackers sold in Brazil are made with American SRW.

The largest cookie and cracker companies already rely on SRW, but a lot of medium-sized companies do not, and USW is already targeting them.

“We want to take market share from the Argentinians in this segment of medium-sized companies,” says Galdos. “What we are going to demonstrate as soon as the pandemic lets us work in Brazil again is … the quality you can get with SRW instead of Argentine wheat.”

To do that, USW plans to meet with Brazilian companies and physically bake cookies with wheat from both the U.S. and Argentina and let the Brazilians compare the results.

Galdos added that success in the effort to convert Brazil’s manufacturers could open up a lot more business. Brazil is just one country in South America, but it is by far the largest, and it consumes the most cookies, says Mercer. USW estimates that Brazil accounts for nearly 70% of all cookie production on the continent.

“We have an opportunity in Brazil, and we’re going to continue giving all the technical support to our customers in that market,” Galdos said.