Farm labor advocates are calling on the Biden administration to focus enforcement efforts on violations of labor laws that occur during and after recruitment of farmworkers to pick crops in the U.S.

In particular, they say Labor Department investigators need to look at the role played by farm labor contractors, or FLCs, which have become more popular in recent years as foreign competition intensifies and the demand for labor increases.

A recent report from the Economic Policy Institute on farm labor enforcement trends over the past 20 years found that more than 70% of federal labor standards investigations of farms conducted by the department’s Wage and Hour Division detected violations — "things like wage theft and inadequate housing, as well as other violations of laws designed to protect farmworkers.”

In addition, about 11% of WHD agricultural investigations found violations of H-2A regulations.

The Equitable Food Initiative, which works with growers and food companies to try to improve working conditions on farms, says it will be releasing a report soon finding that nearly 90% of workers “encountered unexpected fees in their journey from their communities to the farm gate,” says Kenton Harmer, managing director at EFI. 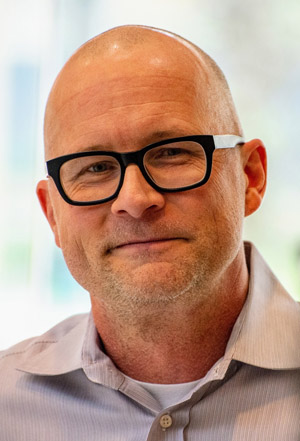 “It’s really just the Wild West out there, where you have a whole bunch of people combing around these smaller and more remote communities — not just in Mexico anymore, but even into Central America” to deliver workers into an H-2A program or the Canadian guest worker program, Harmer says. ”And with the labor shortage, there's much more opportunity for bad actors to be taking advantage of workers.”

He said one story involved a bus "literally just pulling off to the side of the road and saying, we're not driving another inch until everybody forks out more money,” Harmer says. The result is that some workers arrive in the U.S. in debt.

“Now you're on the side of the road — well, guess what, the same person that is asking for the money might just be the same person that's able to lend you the money to pay them,” he says. “Out of desperation and circumstances they're agreeing to these transactions that are not in their best interest. And it's not in the best interest of the farm that they ultimately arrive at.”

LeAnne Ruzzamenti, EFI's director of marketing, says the individuals they are indebted to may or may not be affiliated with an FLC; they could be an upstream individual in a long string that the FLC may not know about.

Workers who are facing a debt are more likely to ignore food safety issues they might come across while picking, Harmer explains.

Michael Marsh, CEO of the National Council on Agricultural Employers, says he hasn’t heard the type of story told by Harmer, but said “ethical behavior is everyone's business. And NCAE focuses its work to educate folks on compliance. From our executive committee's viewpoint, we're partners in compliance with the agencies.”

Marsh relayed an account of a person in a community in Mexico selling H-2A jobs for $1,000, armed with paperwork bearing the letterhead of a farmer in Washington state, who was unaware of the scheme.

“This individual was not tied to any farm labor contractor in the United States,” Marsh says. “He was just ripping these guys off. And that type of thing can never happen and should never happen.” 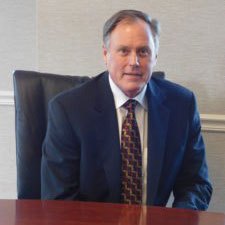 Nevertheless, he says, “Farm labor contractors are going to be a continuing growth area for seasonal assistance,” he says. “I don’t see that going away.”

“The explosion of foreign production, competing with domestic production, is making it much tougher for smaller operators in the United States to sustain themselves and stay in business,” he says.

The way Harmer sees it, the current situation has growers over a barrel. “There’s so much economic power that now sits in recruitment agencies and farm labor contractors. We have large growers that are really at the mercy of these agencies, who deliver them the workers when they need them, and there is not currently much visibility into that segment of the market.”

Growers are not ignorant of the situation with FLCs, says Guadalupe (Lupe) Sandoval, founder and executive director of the California Farm Labor Contractor Association. “I'm a believer that a farm labor contractor, a dirty farm labor contractor cannot exist without a dirty grower that hires them,” he says. “Because that dirty contractor will be able to come in and compete cheaper than a legitimate contractor.”

“It's unfortunate that in agriculture in the United States, we rely on low-cost immigrant labor,” a large percentage of which is undocumented, he says. “And when you're undocumented, you're probably an easy target for certain unscrupulous employers out there.”

But like Marsh, Sandoval says he tries to educate his membership, about half of whom he describes as “tiny, mom-and-pop operations working out of a pickup truck and a kitchen table,” about the importance of compliance.

“As an association, we're among the few groups that are doing continuing education for these FLCs,” he says. “If you're going to do things properly, there are plenty of opportunities to have a very prosperous business in California. Unfortunately, there are too many people that found they can make money even faster doing it illegitimately who haven't been caught, or they haven't been penalized heavily enough.”

Sandoval says that lately, he’s heard a lot of complaints from his members about FLCs who operate on a cash basis.

“When they're paying cash, they're not making the deductions,” he says. “They're running double books. They're not paying workers comp insurance on those employees, they're not paying taxes, unemployment insurance, or any of those other fees. And they can offer their services at a much cheaper rate to those growers. And so it's an unfair competition out there.”

Asked whether more enforcement is the right answer, he says it has to be “smart, targeted enforcement.”

“Go after the bad players — don't just go after everybody out there,” he says, pointing to the EPI report, which found that the vast majority of violations are committed by “bad apples.”

For instance, the report found that in California, 10 FLCs accounted for more than 25% of the 19,000 total violations in the state and 22% of the back wages owed as a result of those violations.

“They’ve got names and numbers” in the report, Sandoval says. “They know who’s dirty out there.”

Marsh agrees that violators need to be rooted out because it’s important there be fair competition, but pushes back against the notion that most farms are violating the law in some way. Complaint-based investigations such as those conducted by WHD are likely to find more violations, he said.

He also said the 1.1% inspection rate decried by EPI is well above the Internal Revenue Service audit rate of 0.45% and is line with inspection rates for other businesses.

“Here in the United States, they do have pretty extensive labor protections under our laws, which leads to the situation where you do have the Wage and Hour Division doing audits at nearly three times the rate of the Internal Revenue Service,” he says.

Justin Flores of the Farm Labor Organizing Committee, AFL-CIO, in North Carolina, however, says “it used to be that [the Labor Department] knew that these were problematic people. So they tried their best to go investigate each one of them. Now, there's just too many of them — they're too big, and they're on too many farms.”

Workers, however, are often reluctant to speak up, advocates say.

David Weil, former director of the Wage and Hour Division during the Obama administration, said in a webinar on the EPI report that it highlights “the fear of reprisals and retaliation that pervade this industry. You cannot have effective investigations if workers are frightened to speak to investigators.”

He said the WHD budget has essentially been flatlined since 2010. During the Obama administration, “we were able to have a peak of 1,100 investigators,” he said. “Right now, there are less than 780 investigators in the field,” which he called “a profound resource problem.”

But Weil said “it's not just investigations, it's not even just targeting and investigations. It's a broader, more comprehensive approach of trying to change the factors that lead to such pervasive noncompliance.”