Firefighters struggle to save people when livestock is at stake

In response to rising wildfires, the Newsom administration and CDFA have added more resources to support the evacuation of livestock during emergencies. Yet gaps still remain, and State Senator Steven Glazer of Orinda hopes to improve California’s disaster response through his bill.

During a Senate Agriculture Committee hearing last week on Glazer’s Senate Bill 547, Christy Bouma, director of governmental affairs for California Professional Firefighters, testified that firefighting crews must focus their efforts on protecting property and suppressing fire, and are not equipped to handle large animals. 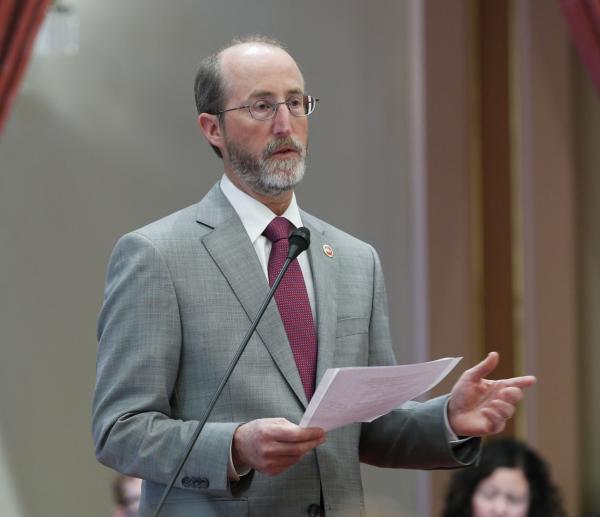 “With recent wildfires, it's shown that individuals are much less likely to follow evacuation orders when they're concerned about the welfare of their domestic animals and livestock,” said Bouma.

Veterinarian Jay Kerr, who has been the Northern California coordinator of the California Veterinary Medical Reserve Corps for more than 12 years, agreed.

“Experience has shown that many people—and I would emphasize many people—will put themselves, and unfortunately first responders, at higher risk if their animals are not cared for,” said Kerr. “SB 547 will benefit the citizens and animals of California.”

Glazer explained that the state program for the evacuation and care of animals has struggled for at least a decade. He recognized that along with CDFA, some volunteer programs do this work as well.

“But they're just volunteers,” said Glazer. “There's no steady leadership that I think we need at this moment in time.”

Twice in the past five years, California has had to call on a veterinary emergency team from Texas A&M University to help care for animals.

When blazes sapped firefighters, farmers took over. Now they want state help to do more
Washington Week Ahead: Shipping reforms at stake, SCOTUS nomination to move

“This bill would give California a world class veterinary emergency team to help the state prepare for disasters and respond to them,” said Glazer.

He proposed establishing an emergency team at the UC Davis School of Veterinary Medicine to work in coordination with CDFA and the Office of Emergency Services and roll out mobile clinics staffed by veterinarians and students during disasters. UC Davis already has a volunteer veterinary team for this—“essentially a student club,” according to Glazer. But their response has been short-term and limited.

The program would also conduct research and “bring together disparate and fragmented groups” throughout the state to provide training. Glazer expected the need for such a program to continually grow, as California is prone to disasters and catastrophic wildfires are getting worse.

The bill passed with bipartisan support and will be considered by the Senate Education Committee.

“As a pet owner and someone who's lost property in the Creek Fire, this is a fantastic thing,” said Senator Susan Eggman of Stockton.