Ranchers and environmental advocates are keeping a close eye on a decision by an Interior Department administrative law judge that found the Bureau of Land Management did not adequately analyze the impacts of grazing on greater sage-grouse habitat in Nevada.

The decision, which found fault with a BLM environmental assessment prepared to comply with the National Environmental Policy Act, calls into question an “outcome-based grazing” initiative announced in 2017 and implemented in approval of grazing permits near the end of the Trump administration. The judge’s decision, which can be appealed, stayed the approval of new permits on about 900,000 acres of habitat in Elko County, Nevada.

Jon Griggs, president-elect of the Nevada Cattlemen’s Association, called the decision “very disappointing” and said the Winecup-Gamble Ranch, whose allotments comprise the majority of the land affected, “put together a heck of a coalition to write that permit,” including The Nature Conservancy, Nevada Department of Wildlife and the Fish and Wildlife Service.

“It was well thought out, it fixed a lot of things about their permit that made it impossible for them to graze sage-grouse habitat correctly,” he said. BLM permits usually come with “hard and fast dates that can't easily be changed,” when grazing should be based on the ecological conditions on the ground, he said.

The decision leaves in place the existing permit regime, meaning the number of cattle grazing on the allotments won’t change for now. But the decision also blocks new projects on the land including 87 miles of pipeline, 16 miles of fencing, 55 water tanks and 10 wells.

Granting a stay of BLM’s decision “would prevent implementation of the extensive amount of range improvements authorized in the final decision, which have many immediate negative impacts, including those recognized as major threats to sage-grouse,” ALJ Harvey Sweitzer said. “Those major threats are fragmenting sage-grouse habitat and exacerbating the substantial nonnative, invasive species problem by spreading those species through surface disturbance and redistribution of livestock.”

Griggs said he doesn’t know of similar challenges, but that based on how this case turns out, “there sure could be.”

Attorney Brian Ertz, litigation director at Wildlands Defense, which challenged the decision, called it significant because of the Trump administration’s move to “get a bunch of grazing decisions out in the last days, and so there's going to be an opportunity for Interior to really scrutinize what we obviously argue are illegal decisions in Nevada.”

The sage-grouse was not listed as threatened or endangered under the Endangered Species Act after a series of federal-state agreements were reached in 2015 to conserve sagebrush habitat.

Ertz pointed to the language in the ALJ's decision. The judge found that BLM did not examine a reduced-grazing alternative despite damage on the allotments to sage-grouse habitat.

BLM reduced the allowable Animal Unit Months by 30%, which it said would reduce grazing pressure on degraded riparian areas. But that reduction is “illusory,” Sweitzer said, because the AUMs authorized by BLM would still be higher than the average annual actual use.

“And because they're failing to meet standards and guidelines in riparian areas, which is critical sage grouse habitat, the [Federal Land Policy Management Act] and [BLM] sage grouse management plans compel them to do something about it,” Ertz said. “But as the ALJ points out, they weren't doing anything about it,” except on paper.

“Despite the failures to meet the standards and guidelines and serious riparian area problems caused by grazing, [BLM’s decision] actually increases AUMs by authorizing amounts more than 30 percent greater than average annual, actual use,” Sweitzer said. “This increase in AUMs is never addressed in the [Environmental Assessment] nor are the impacts of the increase.” 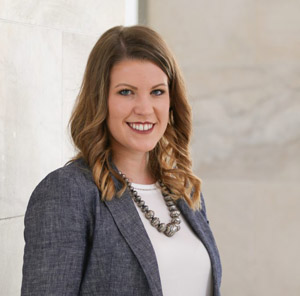 Kaitlynn Glover, executive director of the Public Lands Council, which represents ranchers, said the decision comes as the Biden administration looks closely at sage-grouse management plans adopted during the Obama administration and then altered by the Trump administration to allow more activities in sage-grouse habitat.

“There is an ongoing discussion at the Department of the Interior and USDA as well, about the 2015 plans,” she said. “Litigation is ongoing on the 2019 plans. And the Biden administration is trying to figure out how to proceed in this space. Certainly decisions that implicate grazing and sage grouse are going to be top of mind for us.”

Both she and Griggs contend that outcome-based grazing is important because it allows ranchers to adaptively manage where their cattle graze, depending on the ecological conditions.

“I would want to make sure that this kind of decision, or that these kinds of allegations, whether they're in this case or not, are not going to compromise the flexibility” of resource managers and permittees to respond to changes on the landscape such as flooding or droughts, she said.

In some cases, Griggs said, that may mean increased grazing in some areas to reduce fuel loads.

“Some of these years we've had in the past five, where we've had record rainfall in the spring, and then record invasive annual plants as a result, it would be to everybody's benefit for them to graze more, to try to reduce those hazardous fire fuel load,” Griggs said.

And Liz Munn, The Nature Conservancy's Nevada sagebrush ecosystems program director, said the goals of the plan "are really trying to make sure there’s broad uplift across the landscape," with a significant emphasis on allowing "growing season rest" in both upland and lowland areas. As for the projects criticized by the judge, she said they're "part of a package to help meet those landscape-scale objectives." Addressing questions about the number of livestock, she said, "The number of domestic livestock is not always as important as how those domestic livestock are managed."

TNC helped facilitate a collaborative effort led by the ranch to develop the plan.

Ertz, however, called outcome-based grazing “a fantasy” because BLM fails to enforce the standards and guidelines called for in managing habitat. “Outcome-based ranching — to the degree that it fails to require a meaningful reduction in numbers, where impact occurs — will be a failure,” he said.

Katie Fite, director of public lands at Wildlands Defense, said in an email that “many BLM grazing decisions dance around the actual use issue when analyzing alternatives. It often is not clear in NEPA analyses whether BLM is analyzing the effects of the number of cows and sheep on paper, or the actual use number of livestock — the stocking rate that has caused the impacts to lands, waters [and] habitats that BLM documents in [its] land health assessments.”