As more farmers express interest in getting paid for sequestering carbon, two of the major players in the industry recently made announcements that illustrate the divides that exist in implementing carbon programs.

Bayer said Monday it was expanding its practice-based program so farmers who began using cover crops or reduced tillage methods in 2012 can be eligible for payments up to $9 per acre.

Earlier this month, Corteva AgriScience kicked off its own program, but without an allowance for so-called “early adopters” and a strict verification approach.

Bayer touts the ease and flexibility of its program; Corteva says the verification contributes to the durability of the credits being generated.

Both say there’s a lot of enthusiasm out there this year for carbon payments.

“Even compared to last year, when there was a wave of announcements, there is measurably more action and excitement out in the field,” says Ben Gordon, Corteva’s Carbon and Ecosystem Services Global Portfolio Leader.

Speaking about a week after the program launched, he said the company already had signed up more than 10 farmers. Last year, Bayer reached its 200,000-acre cap and ended up with a waiting list of customers.

Corteva will initially target row crop farmers in Illinois, Indiana and Iowa for its Carbon Initiative with plans to expand into other areas in 2022. It plans to pay $5-$20 an acre, with the Ecosystems Services Market Consortium providing the verification services.

“We're actually paying for the amount of carbon in the outcome, and we do the modeling and soil testing,” Gordon says. “Not everyone does that.”

The other important aspect of the plan for farmers is the need to have enough potential for carbon reduction in the soil that it makes it worthwhile for Corteva to sign a two-year contract. (Producers have to agree to sell their credits for two years through Corteva, after which time they can choose “to sell new credits to their preferred buyer across the ESMC marketplace,” the company said.

The debate over whether longtime practitioners of regenerative practices such as cover crops and reduced tillage should be able to get paid for carbon storage is well understood at Corteva. Gordon said of the people on his team, “almost every one of us has a family member or close friend who is chewing our rear ends right now” because they cannot participate in the program.

He’d like to help them, but Gordon says, “We're not willing to sacrifice the science or the sanctity of the credits.” The biggest reason for only accepting fields with the highest potential for carbon reduction is that “to get a premium credit that we think will command the highest price over time … is that everything that we've seen from the guidance from the different bodies that set the rules for generating these credits, says that you need to have net new change, or additionality.”

Corteva will try to match farmers with buyers and will buy credits if it cannot find a buyer, Gordon said, in order to meet its own 2030 carbon commitments. The company said last year that by June 1, 2021, it would establish a climate strategy and reduction targets for carbon. 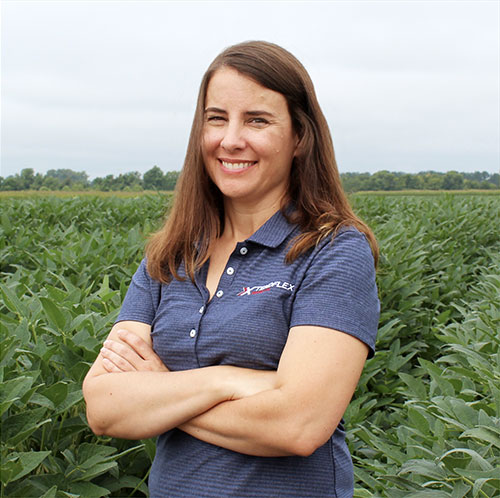 Bayer is taking a different tack, using a practice-based approach it launched last year, and also making eligible any farmers who adopted cover crops or no-till/strip-till or cover cropping after 2012.

“With our offer based on practice per acre, it provides certainty for the grower versus the offer being dependent on the amount of carbon that is sequestered,” Streck said.

Another key piece of feedback was a desire by growers to participate even if they had already implemented some of the practices.

“We’ve structured our offer so growers who have previously implemented practices will now have an opportunity to enroll,” she said. Asked how payments will work for that, Streck said, “We'll go back five years and evaluate the opportunity for payment. We'll work with growers on an individual basis to understand what data we need to collect.”

The company also has doubled the geography where farmers are eligible.

Speaking not just of the Bayer and Corteva efforts but of the dozen or so voluntary markets operating right now, conservation consultant Bruce Knight described the current framework as “a very positive event.

"All of these are largely voluntary-based markets intended to meet the needs of companies that are committing to take action on climate outside of the regulatory regime,” he said.

Also in the carbon space, Cargill just announced a new partnership with the National Fish and Wildlife Foundation and Sysco Foods to advance sustainable grazing practices over the next five years across 1 million acres in the Southern Great Plains where about 30% of U.S. beef is produced.

With $5 million in commitments from Sysco and Cargill, NFWF’s Southern Plains Grassland Program “has the potential to sequester up to 360,000 metric tons of carbon per year, or the equivalent of removing 78,000 passenger vehicles from the road in one year,” according to a news release. 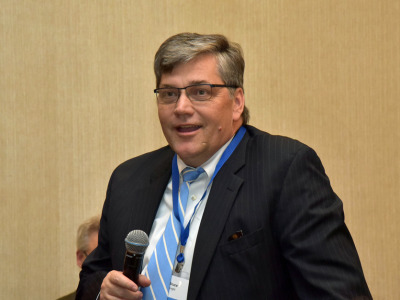 An initiative launched last year by Cargill, the Iowa Soybean Association and Quantified Ventures is signing up farmers for payments up to $40/acre, but this program has a twist: It pays for carbon sequestration and water quality improvements.

The combination of the water quality credits — the buyers of which are local, state and federal agencies — and the carbon reductions — which are being bought by Cargill and Nutrien — allow the fund to generally offer per-acre payments higher than most programs, of up to $40/acre. Kiel said the average price is in the mid-$30s. (The price is capped in Illinois at $20/acre.)

“Outcomes-based payments can be a good alternative to traditional pay-for-practice approaches,” because the fund is calibrating the water quality payment to match up, as well as it can ascertain, with the effects of the practices being employed on the fields, Kiel said.

“I think that's the missing piece with carbon programs is they don't oftentimes do enough to link up the multiple benefits that those practices provide,” Kiel said. “And that's what we're trying to do.”

The fund also does not provide eligibility for early adopters. But even if a farmer is not eligible for payments using land that has already been subject to soil-conserving treatment, Kiel said the fund often can work with them to find ways they can participate.

“We usually are able to figure out ways to bolster their conservation program, whether that's adding cover crop at both sides of the rotation, or adding something else entirely that maybe they hadn't been thought about.”

Like the others interviewed for this story, Kiel said interest is way up this year.

“We're about a tenfold increase over where we were last year,” he said. “if you look at the growth in the market over the past couple years, it's been, I would say, pretty significant. So we'll see if that trend continues.”

Indigo Ag also is seeing a lot of interest. The company, which counts Boston Consulting Group, JPMorgan Chase and Dogfish Head Craft Brewery among the buyers of its credits, is seeing increased enthusiasm this year, said Kathryn Elmes, Indigo's head of Carbon Strategic Partnerships. But, she adds, with increasing interest in the space there needs to be more clarity surrounding how carbon programs work for growers. (Knight also says growers need to carefully read their contracts.)

One of the first players in the carbon space, Indigo requires that growers who participate in the program commit to adopting a new practice.

"I am a big fan of the early adopters," she says, and notes there has been some discussion around a one-time payment for growers who pioneered use of soil-conserving practices. However, "Unless they change a practice, they don’t have that element of additionality,which is a core component of the definition of what an offset is." Indigo works with growers at every stage of the regenerative practice adoption curve to find new, additional practices to qualify for the program - whether those growers are in their first year of implementing new practices or consider themselves 'early adopters'.

As far as payments go, Elmes says "each acre and grower is unique, and the impact of qualifying carbon farming practices (as measured by credit generation) depends on manyfactors including where they’re starting from, what practices are already adopted, croptype, and soil type." On average, she says, "We estimate growers will generate 0.3 to 1 credits per acre in their first year and increase credit production over time to earn a potential gross income increase of up to $30/acre/year."