U.S. Trade Representative Katherine Tai has described the upcoming meeting with her Mexican and Canadian counterparts as a friendly-sounding “annual get-together,” but it’s also expected to be a showdown over contentious issues that have put the three countries at odds.

The free trade commission meeting hasn’t been publicly scheduled, but Tai said last week that it will be held in the next few weeks and she is already meeting with farm groups that have a lot at stake.

She met Monday with the National Milk Producers Federation, Florida Fruit and Vegetable Association, National Potato Council and the Northwest Horticultural Council, and ag sector sources say Tai will be meeting soon with representatives for corn growers and others.

Mexico was the largest foreign market for U.S. corn in the 2019-20 marketing year and would likely be number one again for 2020-21, if not for the recent buying spree by the Chinese. Still, Mexican corn imports are on the rise and the decree represents a major threat, says one corn industry official who asked not to be named because of the sensitivity surrounding the upcoming USMCA meeting.

As it stands now, Mexico’s decree on biotech corn is very unclear and it’s not possible to say just how much of the $2.7 billion worth of annual U.S. corn exports would be impacted, according to an analysis by USDA’s Foreign Agricultural Service.

“Although the majority of U.S. corn exports to Mexico go into the livestock feed industry, U.S. corn is imported for use in the processing sector to make cereals, starches, and other processed products,” said the FAS office in Mexico City. 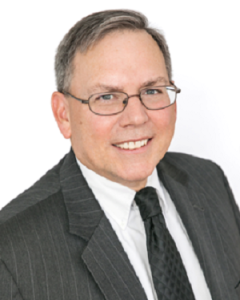 USDA has reassured farmers that the biotech ban won’t impact the majority of U.S. corn exports to Mexico, but David Salmonsen, American Farm Bureau Federation's senior director of congressional relations, tells Agri-Pulse that there is still significant doubt about that.

“Well, maybe, but maybe not,” Salmonsen said. “I think everybody hears that, but we’re not really sure. … There’s just a lot of questions about that.”

Salmonsen said the Farm Bureau hasn’t sat down yet with Tai, but predicted that would happen soon.

One ag leader who did meet with Biden’s USTR is Kam Quarles, CEO of the National Potato Council, and he spent much of the meeting expressing gratitude for the government’s work to pave the way for increased access to the Mexican market.

About a decade ago the Mexican government agreed to tear down a barrier that only allowed shipments of U.S. fresh potatoes to be sold within 26 kilometers of the U.S.-Mexico border, but Mexico’s National Federation of Potato Producers (CONPAPA) managed to stop the new regulations by going to the courts. That lengthy legal journey ended April 28 when Mexico’s Supreme Court ruled that the government could lift the trade barrier.

Now the Mexican government just has to follow through, Quarles tells Agri-Pulse.

“We’re not done yet,” he said. “We still need to work with the Mexican regulators to reinstate the access that we lost when the lawsuits were filed. The fortunate part of this is we’re not creating a new market access agreement. We’re simply reinstating what was already there. That gives us a lot of optimism that this is going to happen rapidly.”

National Milk Producers Federation President and CEO Jim Mulhern was also in the Monday meeting with Tai and he emphasized the industry’s complaint that Canada continues to misuse the quotas that it committed to under USMCA.

“Canada is still doing whatever it wants,” said Jaime Castaneda, the U.S. Dairy Export Council’s senior vice president for trade policy. “Canada continues to misuse the (tariff rate quotas) in a way that we believe is inconsistent with their USMCA obligations.”

Canada agreed under USMCA to increase U.S. access to Canada’s market for milk, cheese, cream, skim milk powder, butter, ice cream and whey by establishing quotas. But Canada, U.S. industry groups say, is manipulating those quotas to block the entry of products like cheese. Instead, Canada is giving 85% of the quotas to processors so they can buy U.S. products that don’t compete with Canadian products. This effectively limits U.S. suppliers that want to export more high-priority products. 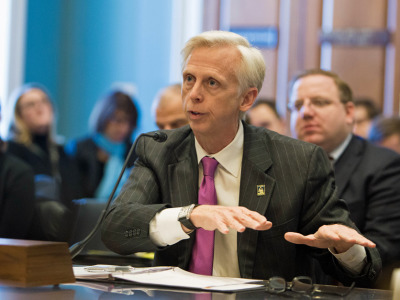 “Canada is failing to meet its trade obligations by manipulating import license procedures and minimizing the ability of U.S. dairy farmers to have full access to the benefits of USMCA,” Mulhern said recently. “That needs to stop, and we look forward to working with the Biden administration to ensure it does.”

Leaders representing the U.S. wheat industry have not yet met with Tai, but they also need help in dealing with Canada. Canada followed through on its USMCA promise to remove its “foreign grain grading discrimination system,” but the playing field with Canada is still not level, according to the U.S. Wheat Associates.

Trade conditions are good for the few varieties of U.S. wheat that are listed in Canada’s variety registration system (VRS), but that’s still rare, says a USW spokesman.

“What we need to have full cross-border access for everybody is for Canada to change the law that would allow easier access for U.S. varieties to be considered under the Canadian registration list,” the spokesman said.

“While the VRS has been modernized slightly over the past decade, the system still only allows a small amount of U.S. test plot data to be used, which makes it difficult for U.S. developers to register their variety in Canada, especially in cases where the primary purpose of registration would be for importation," USW said in a recent trade barriers report.

It’s unclear how much progress can be made on rectifying any of the trade gripes in just one meeting, but Tai has made the success of USMCA a priority.

“We must invest and commit to the agreement’s full and successful implementation. I will enforce the new standards, follow through on our commitments, and use the agreement to ensure that our partners, Canada and Mexico, do too,” she said in a Tuesday speech.