Congratulations to Jewel Bronaugh, who was confirmed by the Senate Thursday evening as deputy agriculture secretary, USDA’s No. 2 position. She was approved on a voice vote.

Stabenow upbeat on conservation spending
Senate Agriculture Committee Chairwoman Debbie Stabenow tells Agri-Pulse she’s making progress in getting a substantial increase in funding for farm bill conservation programs included in an upcoming infrastructure package.
Democrats in the House and Senate are working together on the issue, says the Michigan Democrat. “I feel very good. They understand how important investments in climate-smart agriculture are in conservation.”
Why it matters: Stabenow has said the $1 billion in new conservation funding included in President Joe Biden’s American Jobs Plan was “woefully inadequate.”
By the way: Republican senators were similarly upbeat after a meeting with the president Thursday on infrastructure, describing the session in terms such as “really positive” and “productive.” Sen. Roy Blunt, R-Mo., told reporters that Republicans should have a counterproposal ready next week. 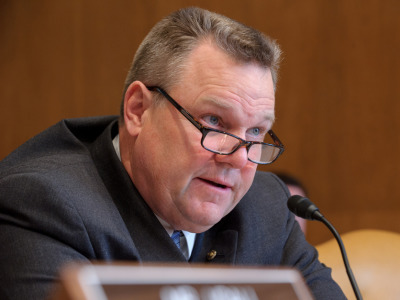 Dems downplay ag impact of Biden tax plan
Two key Democrats say they believe farmers would be sufficiently protected from Biden’s proposal to end stepped-up basis and tax capital gains at death.
“I don't think our agricultural producers or family farmers have anything to be concerned about,” Rep. Ron Kind told Agri-Pulse in a Washington Week in Review interview. The Wisconsin Democrat is a senior member of the tax-writing House Ways and Means Committee.
“Many of us reached out to the White House right away, getting clarification, and they’ve been clear that they do not intend this to apply to family farm operations.”
Keep in mind: USDA has said the tax on family farms and family-held small businesses would be deferred until the business assets are sold. That would mean a tax liability would still hang over the property.
But that doesn’t bother Democratic Sen. Jon Tester as much. Tester, an organic farmer in Montana, says Biden’s proposal would allow the farm to “stay in the family.. … If it goes outside the family, and they sell it, that’s less of a concern than being able to transfer it to the kids.”
Kind says lawmakers from farm districts “are going to keep a close eye on the details of all this as it moves forward.”

But but, but: Ten Republican senators led by Kansas Sen. Roger Marshall have written leaders of the Senate Finance Committee in opposition to the tax proposal.
“Step-up in basis is a key provision used by farm and ranch operations across the country to maintain multigenerational operations and ensure the economic growth and viability of these businesses into the future,” the letter says.
“Removal of this provision would devastate hardworking farm and ranch families and disincentivize the agriculture industry from passing down from generation to generation.”

Lawmaker offers caution on border carbon tax
The European Union is contemplating a border tax on the carbon intensity of imports – something that has wide appeal to farmers there – and now the Biden administration may be considering the same type of thing. But Congressman Kind says there are potential pitfalls to the concept.
Kind told Agri-Pulse that the U.S. could “end up with a tit-for-tat type of trade war” if the tax isn’t done correctly.
Proponents argue the tax is needed to protect domestic producers from foreign goods or commodities that are cheaper and come from less environmentally sustainable production methods. It’s also viewed as an incentive for raising environmental standards, but Kind stressed that there has to be “a lot more thought (and) a lot more study” on it, especially when it’s unclear what the reactions would be with trading partners.

Barge delay could force ag shipments onto rail
Ongoing barge delays near Memphis, Tenn., due to a faulty bridge could force the diversion of some agricultural commodities onto railroads and put pressure on shipping rates. That’s the assessment from Mike Steenhoek, executive director of the Soy Transportation Coalition.
An Interstate 40 bridge over the Mississippi River has been closed indefinitely due to a crack.
“A disruption in the supply chain is very analogous to squeezing a balloon – pressure can be alleviated in one area, but it will be augmented in another,” Steenhoek writes. “International demand remains robust, but our ability to connect supply with demand has been compromised.”
Speaking of railroads: Kansas City Southern’s board of directors is ditching its merger agreement with Canadian Pacific in favor of a deal with Canadian National. 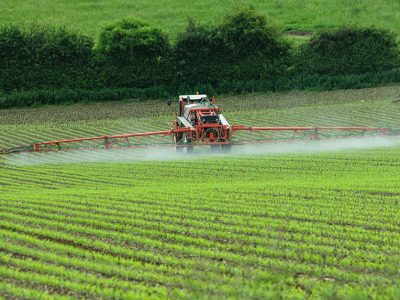 Key EPA nominee affirms commitment to ‘sound science’
The likely new chief of EPA’s Office of Chemical Safety and Pollution Prevention says it’s important for pesticide decisions to be based on “sound scientific evidence,” citing a 2018 decision on dicamba.
Michal Freedhoff, who received a warm reception at her confirmation hearing before the Senate Environment and Public Works Committee on Wednesday, told EPA’s Pesticide Program Dialogue Committee Thursday that politics played a role in ignoring data on crop damage from dicamba drift when it approved the herbicide in 2018.
That, in turn, led to an appeals court decision to vacate the registrations of dicamba herbicides, harming EPA’s reputation for sound science, she said.
Freedhoff, who is now the principal deputy assistant administrator for OCSPP, sent a memo to staff in March about the decision in which she affirmed her commitment to scientific integrity.

Keep in mind: Freedhoff did not criticize the agency’s subsequent decisions in 2020 to approve dicamba herbicides, which are also being challenged in the courts.

EDF: Sustainability efforts need science-based goals
A new report from the Environmental Defense Fund, a founding member of the Food and Ag Climate Alliance, recommends six best practices for corporations to follow in improving the sustainability of their ag supply chains.
The recommendations include obtaining “buy-in” from employees and senior management; committing to science-based goals; partnering with farmers and suppliers; and using data to show progress toward the goals.
EDF developed the recommendations from interviews with sustainability practitioners at 11 food companies, including Tyson, Kellogg’s, Bayer, Smithfield and Unilever. The Food and Ag Climate Alliance is a coalition that includes most major farm groups.
He said it: “We've got real negotiations underway.” – Sen. Mike Crapo, the top Republican on the Senate Finance Committee, after Thursday’s meeting with President Biden on infrastructure.

Daybreak May 21: Stabenow, Boozman at odds over farm bill funding
Daybreak May 14: House heads to partisan showdown on stimulus bill