Airlines that are scrambling to lower their greenhouse gas emissions are lobbying Congress to enact new incentives for renewable jet fuel, even as competition for biofuel feedstocks already is heating up.

The airline industry says the SAF incentives are essential if the carriers are going to significantly reduce their greenhouse gas emissions, since electric aircraft are nowhere on the horizon due to the battery requirements. SAF currently costs three to five times more than conventional jet fuel, according to Airlines for America, the industry trade group.

The airlines have committed to using 2 billion gallons of biofuel by 2030 — roughly 10% of their current jet fuel consumption — and to becoming carbon neutral by 2050. Last week, United Airlines announced it is purchasing at least 15 supersonic aircraft that will be powered entirely by the biofuel.

Just 4 million gallons of sustainable aviation fuel were produced in 2020, with much of it used by airlines operating out of Los Angeles and San Francisco.

“Make no mistake, SAF is of critical importance to the aviation sector and its efforts to minimize GHG emissions,” the airline-led alliance said in a letter to House Democrats who are sponsoring a package of SAF incentives.

“We all need the SAF industry to be scaled up successfully so that aviation, and our nation, can meet its climate goals."

But the airline’s climate goals have set off alarm bells among biofuel producers because of the potential demand the incentives would create for soybean oil and other conventional biofuel feedstocks that are already in short supply.

Prices for soybean oil, which traditionally have stayed around $30 to $40 a pound, have soared to $70 a pound in recent weeks because of global demand. That’s good for soybean growers, but industry experts worry that the demand for vegetable oil could eventually put smaller biodiesel producers out of business while also raising food prices.

“We see it (SAF) as both potential opportunity as well as a potential challenge, depending on … what is the impact of this on the feedstock market, ” said Kurt Kovarik, vice president of federal affairs for the National Biodiesel Board.

“Our motivation here is to ensure that we can continue to contribute to the goals of the administration, and that is decarbonization of all energy, all liquid transportation (fuel),” he said.

There also is going to be growing demand from the trucking industry for biofuel, he said, and biodiesel also can reduce the usage of petroleum-based heating oil in the Northeast.

But another biofuel industry lobbyist said when it comes to biofuel policy, Biden administration officials have focused relentlessly on promoting the production of aviation and maritime fuels.

“There isn’t enough feedstock to go around, let alone get everything to sustainable aviation fuel. … Something has to give,” he said.

There are key differences between biofuels that figure into the economics and politics.

Renewable diesel and sustainable aviation fuel are “drop-in” fuels, which means they are chemically identical to conventional petroleum-based diesel and jet fuel. They can both be made in refineries, typically using cooking grease or animal fats, which have a significantly lower carbon footprint than vegetable oils. The refineries’ hydrocracking process uses hydrogen to react with the fats and oils to produce the fuels.

Several major oil companies are modifying refineries to produce renewable diesel and jet fuel because of the growing demand for those products.

Biodiesel is produced through a transesterification process that converts fats and oils into biodiesel and glycerin. The process is more efficient, requiring less oil or fat to make a gallon of biodiesel, which is then used for blending with conventional diesel. But biodiesel isn’t a drop-in fuel so its market potential is more limited.

“As the renewable diesel plants get built, and the competition for feedstock heats up, I think the biodiesel people may be at a disadvantage,” Kent said during a BMO Capital Markets conference in December.

Nancy Young, vice president of environmental affairs for Airlines for America, the airline industry’s trade group, said all types of feedstocks will be needed to supply carriers’ biofuel demands, including vegetable oils. Other potential feedstocks include oilseeds that are grown as cover crops, municipal solid waste, and gases captured from steel manufacturing. 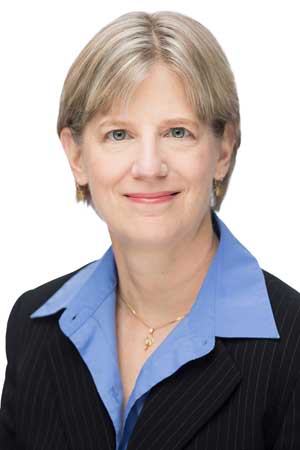 “If you're going to continue to move towards liquid fuels made from renewables you kind of need the all-of-the-above strategy,” she said.

Another potential feedstock is ethanol, which can be converted into jet fuel through a special process. Growth Energy, an ethanol industry trade group, has been urging lawmakers to ensure that ethanol could qualify for any SAF incentive that gets enacted, said spokeswoman Leigh Claffey.

"We certainly have members who are interested in SAF production, as the market potential could be as large as the total aviation fuel market over time," she said.

Airlines for America is supporting a House bill, the Sustainable Skies Act, which would create a special tax credit for SAF worth up to $2 a gallon.

The goal is to get the bill included in an infrastructure package that President Joe Biden is urging Congress to pass.

One of the largest SAF suppliers is a Finnish-based company, Neste, which has refineries in Singapore and the Netherlands.

Democrats on the Senate Finance Committee recently advanced legislation that would replace existing biofuel tax incentives with a new low-carbon fuel credit that would include aviation fuel as well as biodiesel, renewable diesel and other alternative fuels.

Meanwhile, the National Biodiesel Board is seeking an extension of the existing $1-a-gallon tax credit, which is currently set to expire at the end of 2022.

The prospects for any of the tax proposals are uncertain with the Senate divided 50-50. On Tuesday, Biden broke off talks with a group of Republican committee leaders on an infrastructure plan. A critical swing Democrat, West Virginia's Joe Manchin, has not ruled out supporting a partisan bill that would have to be passed through the reconciliation process.

The American Soybean Association declined to comment on the issue.

Corrects the name of the airline-backed bill to the Sustainable Skies Act.