Home » Water board fees add more costs to growers, as disasters and regulations mount up
WEST

Water board fees add more costs to growers, as disasters and regulations mount up

Staff at the State Water Resources Control Board are projecting water quality and water rights fees will rise again this year, following multiple years of increases for agricultural stakeholders under the board’s regulatory programs.

Water rights fees are expected to go up by 6%. The fee-based budgets for water quality programs are projected to rise by as much as 15% for some programs, according to the latest estimates:

Following the pandemic, the emerging drought is the next disaster to add further financial uncertainty for the growers shouldering the fees.

To counter an anticipated state budget shortfall in 2020, Gov. Gavin Newsom furloughed state workers to reduce salary costs by 10%. The reduced staffing at the state and regional water boards allowed slight relief in the fee increases for the current fiscal year. Now those staff have returned to work, bringing fees back to the prior rates at the same time that higher fees are proposed for the next fiscal year.

As California plunges into another drought, water board staff will likely be redirected to deal with drought-related issues as the flurry of regulatory activity at the state water board escalates with new emergency orders. This happened in the last drought, according to Erik Ekdahl, a deputy director at the state water board. Yet the water board has not received any supplemental resources so far to cover the added duties. The May revision of the governor’s budget proposal did include $15 million in support, but the budget process and the timeframe for hiring new employees would delay any additional staff support until October. Core staff would be doing double duty until then.

The added work also means staff may be less available to perform the regulatory duties the fees are meant to cover. This means less stakeholder engagement for CV-SALTS (Central Valley Salinity Alternatives for Long-Term Sustainability), which is also adding new fees and costs for farmers as the water board begins to implement the program.

Further costs to fee payers were added last year through budget trailer bills that totaled about $6 million in new spending for the board. This included sewer service provisions for disadvantaged communities, a freshwater and estuarine harmful algal bloom program, a stormwater provision and items related to the governor’s Water Resilience Portfolio, which did offer benefits to agriculture. 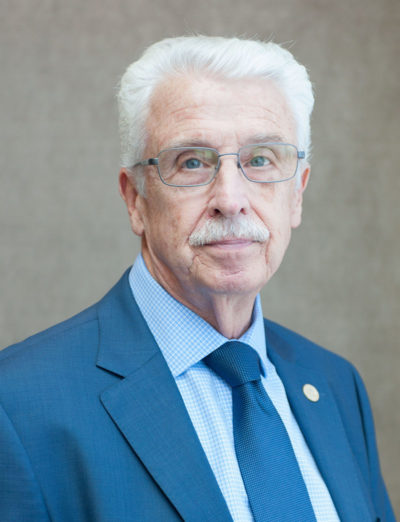 During a meeting with stakeholders last week, Bob Gore, a policy advocate for the Gualco Group representing the California Association of Winegrape Growers and 4,000 family farmers in the Kings River Conservation District and the Modesto Irrigation District, said he pleaded with lawmakers last year over those programs. He urged them to source the funding instead from the state’s general taxpayer fund.

“We were refused any input,” said Gore, in describing the response from budget subcommittee chairs in the Assembly. “They just went right over us, to be blunt.”

While the reception was slightly better in the Senate, the Legislature overall “declined to cooperate.”

John Russell, a deputy director at the state water board, pointed out that with the economic uncertainty last year, lawmakers were “very, very hesitant” to add any new spending from the general fund.

“Our first ask is always to have some of these be general fund instead of fees, because a lot of them are a statewide benefit and there is no really direct link to the programs,” said Russell. “Sometimes we're successful, usually not though.”

The massive surplus for the state budget this year has not led to any relief for feepayers.

“We did get more from the general fund this year, but it went to things like drought, and not to these programmatic things,” said Russell.

Water board fees to go up, despite drought
New costs for California fruit growers add up

California Rice Commission President and CEO Tim Johnson shared his disappointment with the staff that the fee proposal “fails to reflect the realities of drought on California agriculture.”

Parry Klassen, executive director of the Central Coast Groundwater Coalition, described the struggle of farmers as multiple regulations and crises have compounded costs in recent years.

“We’re on the precipice of almost a disaster,” said Klassen. “It's a whole different situation now than it was in March [when staff first considered raising the fees], because of the snowfall and the water availability.”

Klassen said the changes in ag overtime pay have had “huge impacts” on growers.

“I would hope that somehow we can figure out a way to mute this increase,” he added.

Others shared frustration that the fees never reflect the millions of dollars growers already spend each year on water quality and water improvement projects—that add benefits to the environment and public drinking water, warranting taxpayer support.

Gore hoped the stakeholders could work together as a coalition to petition lawmakers to earmark a portion of the $12 billion allocated for general water resource management funding through the Water Resilience Portfolio to instead support programmatic relief for ag lands due to the urgency of the drought.

Ekdahl acknowledged that this could elevate the voice of water board staff in what are typically complex and high-level budget negotiations between the legislative and executive branches.

“It's far above my paygrade,” said Ekdahl. “We don't have that authority to go and negotiate or advocate or educate even on our end for what's in the administration's budget package.”

Russell added that water board staff “have been on a particularly short leash” this year as far as direction from the governor’s office.

Gore noted that some of these issues over fee increases may be part of “a much broader and serious discussion” if the water board follows through on suggestions that it is considering a realignment of water rights.