Lawmakers seek to get ag exports back on ships

American ag exporters have been finding it increasingly difficult to get their commodities into containers and onto ships as Chinese companies and international shippers monopolize ocean transportation, but lawmakers are hoping to alleviate the situation with new legislation.

Members of Congress like Reps. John Garamendi, D-Calif., and Dusty Johnson, R-S.D., are hoping to unveil legislation as early as this month to get American rice, almonds, hay, pork, beef and wine crossing the ocean again.

Shipping rates for U.S. exporters have risen dramatically — in some cases, doubling — in recent months, but often there aren’t any containers available at any price. That’s because Chinese exporters, responding to record-breaking demand, are paying shipping companies a premium to return empty containers rather than load up in the U.S. with Asia-bound ag commodities.

“Many of our winery members, from large producers to boutique wineries, have been experiencing strong growth in export markets, but they have orders stacked up waiting to ship, which is delaying and negatively affecting their sales results,” says Honore Comfort, vice president of international marketing for the Wine Institute. “Customers specifically in Asia, but also in Europe and the UK, are unable to arrange transport for containers of California wines.”

Shippers can charge Chinese exporters more than $10,000 to send a container to the U.S., but rates are far lower to ship U.S. agricultural and food products to Asia, although those prices are going up too, says Steve Vargas, senior vice president of Global Rice Trading.

So vessel-operating common carriers, or VOCCs for short, are trying to cater to the big payers in China and short the U.S. ag exporters.

“The more ports they can skip and the quicker they can get to the $12,000 containers (in China) and not deal with the $1,000 or $2,000 containers, obviously it’s more profitable for the shippers,” Vargas said.

Traditionally, ships might arrive from China at California’s Port of Long Beach, unload and take on Asia-bound containers. Then the ships would travel up the coast and stop in ports like Oakland — a major stop for California rice that’s destined for Japan and other countries — to take on more freight.

But then it takes a lot more time to get back to China, where it’s more profitable.

Now, container ships are often going back and forth from China and Long Beach, often with empty containers on the return trip to China. Many ships do make it to Oakland, where nearly 100% of California rice exports depart from, but getting container space is harder than ever, says Vargas.

“If we’re looking to book 50 containers, we might get 15,” he said. “Then you got to hope the next week or the week after, you’ll catch another vessel. It causes a nightmare for the production side. If you’re going to produce for a certain contract, you get it ready on the floor — 200 tons — and then all of a sudden that vessel gets pushed back two weeks and you can’t ship it and it just plugs up your warehouse.”

Garamendi, the California Democrat, tells Agri-Pulse the practice of shippers accepting payment by Chinese exporters to leave U.S. ports with empty containers has got to stop, and the Federal Maritime Commission won’t be able to do it without help from Congress.

The bill he and Johnson are working on would forbid shipping companies from agreeing to ignore U.S. exporters, no matter how much foreign exporters are willing to pay.

“Access to the American market and its consumers is a privilege," Garamendi said. “It’s not guaranteed … by international law.”

Maffei confirmed that the FMC did not have that authority and stressed that currently, the commission is focusing much of its investigation on unfair charges for containers that are stuck in ports because of severe congestion. Those charges can accrue and become higher than the value of the container at no fault of the exporter.

Those delays — including the practice of returning empty containers to China — are also a major problem for U.S. pork producers and exporters, says National Pork Producers Council President Jen Sorenson. 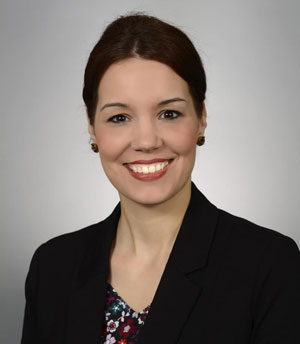 “Shipping delays to the Asia-Pacific region are increasing costs and positioning the United States as an unreliable trading partner,” Sorenson said at the subcommittee hearing. “If left unaddressed, this may also negatively impact future trade agreements with Southeast Asian trading partners as we seek better market access for U.S. pork.”

Both Maffei and FMC Commissioner Rebecca Dye stressed to lawmakers that many VOCCs are not violating demurrage and detention laws, but some are, and the FMC is working hard to gather evidence to penalize those who are guilty.

But Garamendi remained focused on the shippers agreeing to return empty containers to China.

“We’ve got a problem in which the shipping industry is able to discriminate against American exporters,” he said, adding that his legislation would “prohibit ocean carriers from declining all cargo bookings for exports.”