Congress last week made it clear that ocean carrier companies cannot “unreasonably” refuse to book space on ships for U.S. ag exports, but now it’s up to the Federal Maritime Commission to decide exactly what that means, and the fate of foreign markets for some U.S. farm commodities is at stake.

Billions of dollars of U.S. ag commodities have been diverted from their destinations overseas or idled in warehouses because ocean carriers have delayed or cancelled bookings in favor of hurriedly returning empty containers to Asia where suppliers of everything from shoes to televisions are eager to pay exorbitant prices to get those goods to the U.S.

Many carriers just aren’t sending ships at all to the major U.S. ag exporting port of Oakland, despite pressure from the Biden administration.

U.S. farm groups have spent more than a year lobbying lawmakers to stop the flow of empty containers back to Asia that could be full of U.S. dairy, produce, meat and other ag products. Now, after president Joe Biden signed the Ocean Shipping Reform Act into law last Thursday, all eyes are on the relatively obscure FMC, which will have to define an “unreasonable refusal to deal or negotiate with respect to vessel space” for U.S. ag commodities that need to get to buyers in Japan, the Philippines, Vietnam, China and elsewhere.

The ocean carrier companies, which have been raking in record profits, will definitely be weighing in as the FMC deliberates, an industry source tells Agri-Pulse.

“We appreciate the time and effort that Congress has put into crafting this bill and look forward to engaging in productive conversations with the Federal Maritime Commission to implement OSRA in a way that will minimize disruption in the supply chain,” the World Shipping Council said in a statement.

And that only adds impetus to U.S. ag groups who want to make sure that an ocean carrier’s legitimate reasons for refusing U.S. ag exports are as limited as possible. 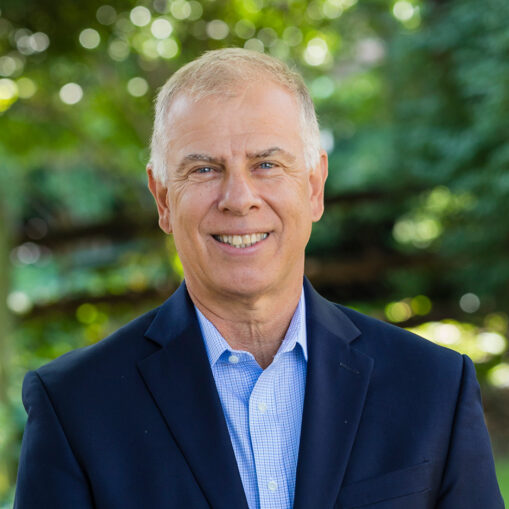 The U.S. Dairy Export Council is already laying the groundwork to collaborate with others in the ag community to prepare comments for the FMC, says Jaime Castaneda, executive vice president of USDEC and the National Milk Producers Federation.

“We are in the process of reviewing the overall rulemaking timing,” said Castaneda. “But one thing is clear. Our message to FMC will be to implement this legislation in the spirit it was intended ‘to help ag shippers.’  Some may want to undermine this process, so we need to ensure that the FMC has all the necessary tools … to implement and enforce OSRA.”

Tracey Chow, a federal government affairs specialist at the Western Growers Association, says the bottom line is that the intent of Congress is to get many more ag commodities into containers and onto ships.

“It’s a question of what is unreasonable and we intend to submit comments on that … and we expect there to be a very robust rule-making process,” she said.

Chris Crutchfield, CEO of the rice milling and exporting American Commodity Company in Williams, California, says there are plenty of ways that ocean carriers can avoid having to take on U.S. ag exports, so diligence as the FMC writes the rule is vital. The FMC, he said, needs to make sure that that ocean carriers cannot simply make it too expensive by raising rates high enough to ensure U.S. ag exporters can’t afford cargo space on a vessel.

Crutchfield is also a member of the USA Rice Federation and the National Shippers Advisory Council – a body made up of 12 cargo exporters and 12 cargo importers that reports directly to the FMC – and he says the industry board will have an outsized advisory role as the federal rule is written.

Another “unreasonable” ocean carrier tactic that the FMC will need to prevent involves logistics, he said.

Ocean carriers set “return dates” that are essentially deadlines for exporters to get their cargoes to the port, and if exporters don’t have enough time, they are effectively shut out.

“If that window isn’t wide enough, well that would be unreasonable,” Crutchfield said.

It’s a common problem nowadays, and the U.S. ag sector is growing increasingly frustrated, said Chow. Under more normal circumstances the average time ocean carriers give to producers is about three days, she said, but stressed that recently, she’s heard of instances when producers are given just hours, and that’s an impossible situation, even if they are in neighboring towns near the port.

It's an especially difficult issue for the most perishable commodities like leafy green vegetables.

“They are essentially harvest-to-order,” Chow said. “They’re not sitting in warehouses. If there’s no guarantee that those (vegetables) can make it onto a ship – either they will harvest it and dump it onto the domestic market … or they just don’t harvest and plow it under.”

Still, the ocean carriers are sure to be fighting for their interests as the FMC writes the federal rule over the coming months, and they are stressing that the tide of vitriol hitting them is also unreasonable.

“Recent weeks have seen several attempts to demonize ocean carriers by deploying ‘us versus them’ rhetoric,” says the World Shipping Council. “That is not only inaccurate but dangerous, as it undermines the ability to understand and work towards solving the root causes of America’s supply chain problems. Ocean carriers are the longest link in the global supply chain that delivers vital supplies to American business, government and consumers.”

But the flow of empty containers back to Asia is stressing the entire ag sector, which depends on getting its commodities to foreign buyers. Seventy-eight dairy cooperatives banded together in December to address the House of Representatives and ask the lawmakers to pass OSRA – which it did with a resounding 364 to 60 vote.

“Ocean carriers are shipping empty containers across the Pacific Ocean at record rates of over 70%,” they said. “Put simply, this is wreaking havoc on U.S. dairy exports, which are important ingredients in supply chains that help feed consumers in Asia and elsewhere.”

Now it is up to the FMC to follow through, and U.S. ag leaders like IDFA President and CEO Michael Dykes say they are not letting up pressure.

“Empty containers aren’t going to set another export record for U.S. dairy …” he told Agri-Pulse. “IDFA will continue working with our export alliance and engaging with FMC, Transportation, and USDA to speed exports and deliver high-quality, affordable, sustainable dairy nutrition to consumers around the world.”