The infrastructure spending deal President Joe Biden struck with a bipartisan group of senators could go a long way toward addressing critical agriculture needs, from improving waterways to making high-speed internet universal and fixing many crumbling bridges and roads.

The agreement, which calls for $579 billion in new spending over existing funding levels, is much smaller than the $2 trillion American Jobs Plan that Biden proposed in April.

There also is no detail on how the $579 billion would be spent other than the broad categories in which the funding would be allocated, including the $109 billion designated for roads and bridges, $66 billion for railroads, $65 billion for broadband, $16 billion for ports and waterways and $5 billion for the Western water shortage.

Lawmakers and staff are working now on how the money would be divvied up.

However, there are several areas where the package could have a far-reaching impact. The White House says, for example, that the $65 billion for broadband is enough to “connect every American to reliable high-speed internet, just as the federal government made a historic effort to provide electricity to every American nearly one hundred years ago.” 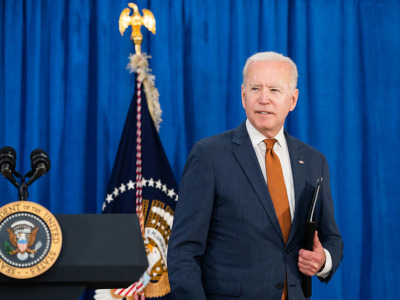 This is the “opportunity to really move the needle” on long-standing infrastructure needs “that have never had the full weight of this type of investment,” said Susan Howard, program director for transportation finance at the American Association of State Highway and Transportation Officials.

“I commend both the administration and Congress for moving this forward. We're hopeful that something will get done,” said Mike Steenhoek, executive director of the Soy Transportation Coalition.

The $16 billion for ports and waterways also should be sufficient to ensure that the Army Corps of Engineers can begin to replace aging locks and dams on the Mississippi River.

“It’s not chump change,” Steenhoek said. “That’s a meaningful investment. The big question is how does it get apportioned across ports and inland waterways.”

Some biofuel industry advocates already are looking to reshape the deal, which includes nothing for biofuel infrastructure but $7.5 billion for electric vehicle charging stations and an equal amount for electric buses and ferries.

Democratic Rep. Cindy Axne, who represents an Iowa swing district, said funding for biofuels needs to be included in whatever infrastructure bill emerges from Congress.

“As Congress works to develop the final language on this bipartisan agreement, I will have strong reservations about supporting the legislation that reaches the House if there is not also a pathway that will support this commonsense and bipartisan priority,” Axne said in a letter to congressional leaders.

The biggest question of all is whether the deal can pass Congress. Although Biden has endorsed the package, he initially said he wouldn’t sign it into law unless Congress also passed another package of Democratic spending priorities, likely costing trillions of dollars. Biden later walked back what sounded like a threat to veto the infrastructure measure unless the partisan bill reaches his desk, too.

But at least one Republican involved in negotiating the infrastructure package, Sen. Jerry Moran, R-Kan., wants assurances that the Democratic package won’t have the votes to pass. At the same time, some progressives say they won’t vote for the bipartisan deal unless it’s linked to the reconciliation measure with their other priorities.

Sen. Joe Manchin, D-W.Va., indicated on Sunday that he would support a Democratic measure as long as it’s much smaller than one that progressives are seeking.

Another unknown is what estimates the Congressional Budget Office will put on the proposed methods of paying for the infrastructure spending. If they come in low, it could affect the overall size of the package that Congress can pass.

Here is a look at how the bipartisan package could address key needs of agriculture and rural America:

The Waterways Council, which represents agricultural shippers and other interests, has compiled a priority list of 15 Army Corps of Engineers projects totaling $6.3 billion in needed investment. The list includes five sets of locks and dams on the Mississippi River, starting just north of St. Louis with Lock and Dam 25, a $624 million project. Lock and Dam 21, near Quincy, Ill., is the most expensive project on the list at $750 million.

The priority list also includes two more Illinois River locks, LaGrange and Peoria, at a total cost of more than $1 billion, as well as projects on the Ohio and Tennessee rivers and other waterways.

The Corps started in 2004 doing technical studies on the upper Mississippi and Illinois River projects, collectively known as the Navigation and Ecosystem Sustainability Program. Rehabbing those locks and dams is viewed as critical to ensuring that U.S. grain and soybean exports remain competitive with those from South American competitors.

“We definitely want to see how they put this package together and how they split up that” $16 billion, said Dustin Davidson, director of government relations for the Waterways Council. He called the bipartisan proposal a “very good step.”

Meanwhile, the American Association of Port Authorities has identified about $20 billion in port projects that its members say need federal funding. The estimate includes the cost of building rail access to docks. By comparison, about $750 million in harbor funding has been provided over the last three years.

The top port priority for Midwest ag exporters — a project to deepen the lower Mississippi River channel from the Gulf of Mexico to Baton Rouge to accommodate larger vessels — is already underway using existing funding sources.

A study by TRIP, a nonprofit transportation research group, estimated in 2020 that there are $211 billion worth of rural roads and bridges that need to be repaired or improved. In 2019, some 8% of the nation’s rural bridges were rated as poor and structurally deficient; 47% were rated fair

It remains to be seen how much of the $109 billion in the bipartisan deal rural areas would see. But a plan AASHTO released in April for addressing the total $756 billion backlog the Transportation Department has identified nationwide called for an upfront infusion of $200 billion in new spending to go with what the government already is projected to spend over 10 years.

Among the details in the bipartisan plan that are still to be determined is the state cost-share for projects, assuming there is one, said Howard. Traditionally it has been 20%.

Another question is how much money lawmakers will expect to be raised through the nonfederal financing mechanisms called for in the bipartisan deal. According to the White House fact sheet, one of the ways lawmakers will pay for the bill is through "public-private partnerships, private activity bonds, direct pay bonds and asset recycling.” Private activity bonds are tax-exempt and issued by state and local governments to finance projects.

“A lot of the framework that was put forth in this bipartisan deal relies heavily on financing, public-private partnerships, private activity bonds,” Howard said. “It's not clear yet how much they're anticipating each of those could bring in.”

In announcing the deal, Biden told reporters last Thursday the $65 billion in broadband funding will bring “down the price that people pay now for internet service, and close the American digital divide.”

By comparison, the USDA’s primary loan and grant program for broadband expansion, the ReConnect program, has been getting less than $1 billion a year. 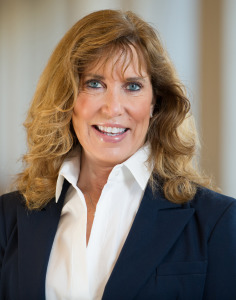 Rural broadband advocates expect the money in the infrastructure deal would be steered toward existing programs, including ReConnect and the Federal Communications Commission's funding program for high-cost service areas; emergency broadband program, which addresses high-speed internet affordability; and the rural telehealth program.

“The nice thing about those two agencies is they are ready to roll,” said Shirley Bloomfield, CEO of NTCA-The Rural Broadband Association. “They’ve been doing this; they’ve got the drill down. We’re not going to have to wait through a long proceeding to figure out new rules by which (participants) must abide by.”

She said the Commerce Department’s National Telecommunications and Information Administration also will be worth watching because the agency has also gotten broadband funding recently.

Bloomfield said it will be important for the departments and agencies to stay coordinated by sharing coverage maps and information. On Friday, USDA, FCC and NTIA announced an interagency agreement "to share information about and coordinate the distribution of broadband deployment federal funds."

She said bills such as the Accessible, Affordable Internet for All Act that Sen. Amy Klobuchar, D-Minn. and Rep. James Clyburn, D-S.C., introduced in March could provide a potential road map for delivering new broadband funding. The bill aims to invest over $94 billion in high-speed internet in unserved and underserved communities.

There is also the BRIDGE Act, introduced by Sens. Michael Bennet, D-Colo., Angus King, I-Maine, and Rob Portman, R-Ohio, which would provide $40 billion in broadband funding.

More than 220 Western ag organizations recently sent a letter to the Senate asking for $48 billion in water projects for a region that is in the throes of a drought this year. The list includes requests for continued funding of existing programs with the Bureau of Reclamation, the Army Corps of Engineers, and the USDA, as well as new projects identified by states.

The $5 billion earmarked for Western water storage in the infrastructure deal wouldn’t come close to filling those requests, but Dennis Nuxoll, vice president of federal government affairs at Western Growers, said funding for the projects could also come from the $47 billion that is designated in the infrastructure package for “resilience.”

“Those two are the areas where we're hopeful that some of our priorities are reflected,” Nuxoll said.

Nuxoll also told Agri-Pulse that Sen. Kyrsten Sinema, D-Ariz., helped get a provision in the omnibus spending bill enacted last December to create an account to fund aging water infrastructure. Sinema was closely involved in the infrastructure negotiations with the White House.