The allocated funding for fiscal year 2022 begins Oct, 1 and was approved by 78 farmer-members of the United Soybean Board last week. Projects must align with the soy checkoff’s overall objectives for supply, marketplace, and demand.

The USB is investing up to $49.7 million in 79 projects for the Demand Action Team, an increase of about $15.4 million over the previous year's allocation.

Maryland soybean farmer Belinda Burrier said the demand action team is getting the most amount of the three areas because of high consumer demand for the soybean itself, oil, and soymeal.

Most of the demand is driven by animal agriculture including poultry, fish, and pork, but it also includes human consumption, she told Agri-Pulse.

“If you read labels on just about any product, you are going to see soybean in there some way or another, whether it be oil or the whole bean,” she said. 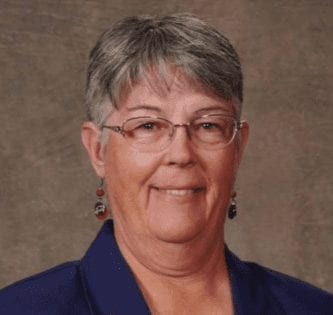 Demand projects focus on animal and aquaculture health and nutrition as well as deeper looks into soybean quality improvement to meet demand from livestock users.

USB is investing $16.9 million across 65 projects for the Supply Action Team. This team focuses on “recouping lost demand in the edible soy oil market” and expanding markets for high oleic soybean oil. The investments will be used to expand on non-GMO SOYLEIC traits that offer the food market “a solution to trans-fats food labeling rules” and industry end-users a high-value soybean oil. About $15.4 million was allocated last year.

Approximately $11.4 million will be invested in 37 projects for the Marketplace Action Team, a drop from the $18.6 million allocated to the area last year. The team focuses on driving sustainability and transparency of U.S. soy to meet end-user demand. Certain projects will be looking at building traceable supply chains and how farmers can provide “assurance to domestic and international buyers that products containing U.S. soy are not associated with various negative environmental impacts.”

The soybean checkoff is supported by soybean farmers with individual contributions of 0.5% of the market price per bushel sold each season, according to USB. The funding allocation for fiscal year 2022 is $10 million more than 2021, when farmers funded 176 projects at $68.3 million, according to the USB website.