A massive bipartisan infrastructure bill the Senate is debating this week would make a historic $65 billion investment in expanding high-speed internet, but the bulk of the funding would be routed through states, and rural broadband advocates want to see the Agriculture Department play a bigger role in distributing the funding.

The 2,702-page bill, which would provide $550 billion in new spending for infrastructure, also would fund the repair of rural roads and bridges and pay for the reconstruction of upper Mississippi River locks and dams that are vital to moving Midwest farm commodities to export markets.

For the West, there would also be significant new resources for forest management on federal lands and for addressing irrigation needs, including rehabilitation of Bureau of Reclamation projects.

Little in the bill could have a bigger benefit to agriculture and rural areas than the broadband funding, which includes $42.4 billion to fund a formula-based grant program for states to deploy high-speed internet service and does not favor any specific technology.

An additional $2 billion would be provided for USDA broadband programs, including the flagship ReConnect loan and grant program, which Congress has been funding at less than $1 billion a year.

Under the bill, new projects funded either through the state grants or USDA would have to provide minimum service speeds of 100 megabits per second download and 20 megabits per second upload, far faster than the 25/3 speeds currently required under the ReConnect program.

The projects would also have to serve unserved areas before serving underserved areas. Unserved areas would be defined as currently having internet speeds of less than 25/3; under ReConnect, an area doesn’t qualify as unserved unless it has speeds no higher than 10/1.

The 100/20 requirement was a compromise between lawmakers who wanted 100/100 and those who wanted to keep the threshold at 25/3, said Jon Conradi, a spokesperson for Connect Americans Now. 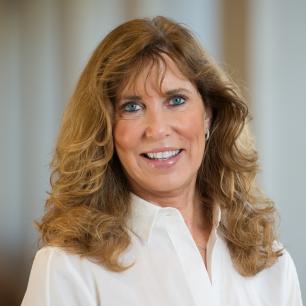 “For new service, the provider will have to meet that new threshold," Conradi told Agri-Pulse. “That’s a nod to the folks who were worried about what’s commonly referred to as 'future-proofing,' to make sure the speeds for new builds would be able to support the digital technologies of the future.”

NTCA — The Rural Broadband Association CEO Shirley Bloomfield said the speeds should have been symmetrical at 100/100.

“American consumers are using a lot of upload speeds, they just are, and I don’t know how you put that genie back in the bottle,” Bloomfield exclaimed, calling it a missed opportunity.

Bloomfield also would like to see USDA get a larger share of the funding more in line with a bill recently approved by the House Agriculture Committee that would authorize $43 billion in ReConnect funding.

The bill would make a major change in eligibility for broadband funding by changing the definition of an unserved area.

Currently, at least 90% of an eligible area must be considered unserved by high-speed internet service to be eligible for ReConnect funds. The bill would lower the threshold to 50%, with a requirement that 10% of the funding be set aside for areas that meet the current, 90% threshold.

Sen. John Thune, a South Dakota Republican who is planning to offer several amendments to the broadband section, said he fears the lower, 50% threshold would siphon money away from rural areas that need it most.

Jim Matheson, CEO of the National Rural Electric Cooperative Association, said the 50% level would still be better than nothing.

“There were situations in the past where people would bid for areas where there were just a handful of people who might be below the category and that census block would take up money and it wasn’t going to areas where the real need existed,” he told Agri-Pulse. 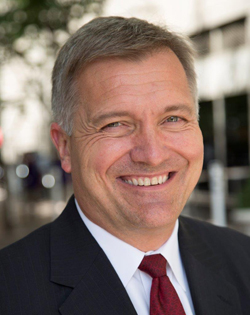 Another $1 billion in the bill’s broadband funding would be allocated for "middle-mile" infrastructure for fiscal years 2022 through 2026. Middle mile is defined as any broadband infrastructure that does not connect directly to an end-user or consumer.

About 30 states have state fiber networks that are assets pooled by community-based providers and carrying internet traffic a long way can be a burden in some rural areas, NTCA’s Bloomfield said, referring to the need for middle-mile investments.

The bill also would make the Federal Communications Commission’s Emergency Broadband Benefit program permanent and renames it as the Affordable Connectivity Program. This program would subsidize broadband service for eligible households at a rate of $30 per month instead of the EBB program’s $50 rate.

Among the infrastructure bill’s non-broadband provisions, the bill would provide $5.2 billion for Army Corps of Engineers projects, with $2.5 billion earmarked for lock and dam improvements, which would include the upper Mississippi River work. There would be another $300 million set aside for work on the lower Mississippi River.

The bill would provide $110 billion for roads and bridges, with $36.7 billion of that designated for grants to fix bridges. There is an estimated backlog of $125 billion in needed bridge repairs.

The bill would set aside $3.4 billion to the Interior Department and Forest Service for wildfire risk reduction through mechanical thinning, controlled burns and other means. And there would be a new exemption for some forest management work from requirements of the National Environmental Policy Act.

Another $2.1 billion would be earmarked for restoring the ecological health of both federal and private lands.