Canada is again using its national dairy pricing program to bolster exports and sidestepping commitments in the U.S.-Mexico-Canada Agreement, according to fresh allegations from the U.S. dairy sector.

Canada is following the letter of USMCA, but not the spirit, U.S. industry officials say.

Canada agreed in USMCA to scrap its Class 7 dairy pricing program and put in place export thresholds and surcharges to cap some milk protein exports. That met demands from U.S. negotiators who were concerned Canada was flooding the international market with cheap skim milk powder. Those subsidized exports, the U.S. argued, lowered the prices U.S. producers could get for their exports.

Now, the U.S. dairy sector says it is seeing an alarming trend of rising Canadian milk protein exports under a different class of products. Canada, says Becky Rasdall, vice president of trade policy and international affairs for the International Dairy Foods Association, is using government-set prices for a different class of products that are not subject to the new thresholds set in USMCA.

“We’ve seen an uptick in milk protein exports under other tariff lines that appear to be an effort by Canada to do an end-run around those (USMCA) export disciplines,” says Shawna Morris, vice president of trade policy for the U.S. Dairy Export Council and National Milk Producers Federation. 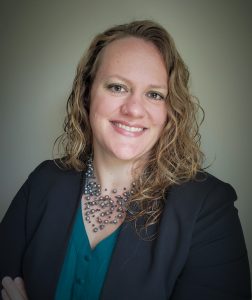 Allan Huttema, chairman of the board of directors for the Northwest Dairy Association and Darigold, asked the U.S. government to take action on what he sees as a problem that will only continue to worsen, but industry representatives do not see an easy resolution.

The Office of the U.S. Trade Representative, Huttema said, needs “to keep a careful eye on milk protein isolate and skim milk powder exports out of Canada. We are concerned that they may be increasing production to circumvent milk protein export caps, undermining the spirit of USMCA.”

Rasdall said “USMCA did require the elimination of Class 7, but (Canada) created new milk classes that recreate the same problem.”

It was at about the same time that USMCA came into force a year ago that the Canadian Dairy Commission implemented Class 4a to set prices for dairy protein products, some of which are similar but not exactly the same as what was covered by the now-defunct Class 7.

“Canada’s actions have given cause for concern,” Huttema told the Senate Finance Committee last week. “Canadian exports of milk protein isolates and certain skim milk blends manufactured under the new Class 4a have been increasing in a manner that seems designed to evade USMCA disciplines.”

And Ken Bailey, a consultant to Darigold, tells Agri-Pulse, “Yes, Canada has essentially replaced Class 7 with 4a. That price uses a formula set in USMCA. Our concern is Canada is using this USMCA sanctioned price to continue to export high-value milk proteins.”

The Canadian Dairy Commission lists “concentrated milk protein in liquid and dry forms at a concentration of at least 40% on a dry matter basis” and “all types of powders (including but not limited to whole milk powder, skim milk powder, yogurt powder, sour cream powder, edible casein powders” and “concentrated milk as an ingredient in the food industry” and “milk and milk components used to make infant formula” as Class 4a products.

Chantal Paul, a spokesperson for the Canadian Dairy Commission told Agri-Pulse that the agency is well aware of U.S. views regarding Class 4a, but said the Commission would not comment. The Dairy Farmers of Canada did not respond to requests for comment on this story.

Class 7 is gone, but Canadian exports of Class 4a products are strong — stronger than the equivalent of U.S. exports of the same commodities — and Canadian prices are consistently lower, according to IDFA data.

“Rising exports of products not limited by USMCA wouldn’t be an issue," Rasdall said, "except that in this case, we think these exports are rising because Class 4a is functioning the same as Class 7 did by providing a price that is well below the cost of production, which effectively acts as a subsidy for exported products.”

The high volume of milk protein isolates (MPI) being exported by Canada are not interchangeable with skim milk powder — the prime concern the U.S. had with Canada’s Class 7 pricing program — but they are similar, and Canadian exports are of the MPIs are just as concerning, says Morris.

“U.S. companies also produce MPIs that they export to various markets,” she said. “While the end uses of MPI are typically different than the end uses for skim milk powder, if Canada continues to increase its exports of MPI it will still be effectively offloading more dairy protein onto global markets than USMCA envisioned, which ultimately compete with U.S. dairy proteins around the world.”

But getting Canada to stop will likely be very difficult. That’s because, technically, Canada is adhering to what it agreed to under USMCA.

The U.S. and Canada agreed to set up a committee that will discuss dairy export issues, but Canada’s actions under Class 4a are not a breach and not an issue that could be addressed in a USMCA dispute panel, say U.S. industry representatives. Instead, it may be an issue that the U.S. will need to take to the World Trade Organization.

Rasdall stresses IDFA is “not saying Canada hasn’t implemented the pricing formula in USMCA wrong; we’re saying that they found a way to implement the price formula as written correctly while still developing a pricing system that allows them to price protein below their cost of production and therefore protect that subsidy for their producers.”

The short version, she says, is that “class 4a is the new class 7, and even if Canada is acting consistent with USMCA commitments on milk classes, we are not convinced the subsidy provided under class 4a is WTO consistent once those 4a products are exported.”