US farm groups up the pressure for healthier trade with China

The Office of the U.S. Trade Representative still isn’t ready to sit down with Chinese trade officials and hash out a new path forward for trade relations, but U.S. farm groups are losing patience with the status quo.

The U.S. continues to hit Chinese goods with tariffs, and the Chinese continue to pick and choose which U.S. goods they’ll let in tariff-free under a trade war that’s technically still in place despite the “phase one” deal signed last year.

“The overall impression of everybody is we need to engage with China,” said American Farm Bureau Federation Senior Director of Congressional Relations David Salmonsen. “Both sides need to talk. We’ve got these tariffs and we’d rather have a better structure to make sure we can continue to have this good trade flow moving forward.”

That’s the bottom line on why the Farm Bureau signed on to a letter last week with ag and non-ag groups to U.S. Trade Representative Katherine Tai and Treasury Secretary Janet Yellen, said Salmonsen.

The US-China Business Council letter asked both leaders to take “swift action to address the costly and burdensome tariffs and retaliatory tariffs” as well as make sure that “phase one” is fully implemented.

While U.S. exports of soybeans, corn, sorghum, pork, beef and poultry to China have had little problem in avoiding Chinese tariffs — it’s up to the Chinese government which U.S. commodities it excludes — other U.S. commodities like apples and feed ingredients continue to suffer. For them, the impacts of the trade war continue. 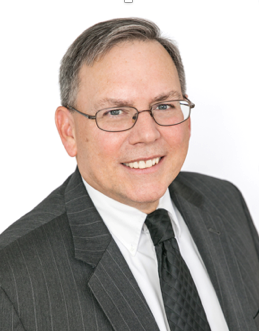 Well before the “phase one” deal, China fully opened its borders to U.S. apples in 2015 and trade rose sharply, said USApple President and CEO Jim Bair.

“We were competing with China and winning,” Bair said. “China quickly rose to be our sixth-largest export market and we had hopes that was going to continue.”

It was a recipe for success for U.S. farmers until the trade war erupted and the U.S. hit China with Section 301 tariffs, designed to punish the Chinese for intellectual property theft, and Section 232 tariffs on Chinese steel and aluminum. China retaliated for both and U.S. apples got hit twice.

The problem, says Bair, is that China is excluding tariffs on the U.S. commodities it needs, like pork and soybeans, but not the ones it doesn’t.

China produces about five times as many apples as the U.S. does, but Chinese consumers still want the U.S. fruit that comes in varieties like pink lady and honey crisp, which are not available there.

“They don’t really need our apples, but their consumers want our apples because of the superior quality, taste and varieties that they don’t grow,” he said.

The American Feed Industry Association at first applauded the “phase one” deal because it broke through technical barriers that had been preventing U.S. companies from exporting feed ingredients and pet food that contains beef and poultry.

AFIA had been fighting for years to get Chinese inspectors out to audit production facilities owned by the group’s members. Those audits were necessary for producers to export to China, but they weren't happening.

“For more than 10 years we were in this limbo and could not get access to the Chinese market for a vast majority of feed ingredients, additives and finished products,” AFIA CEO Constance Cullman told Agri-Pulse.

China making up for Ukraine loss with 1.3M ton US corn purchase
US ag prepares for trade troubles with China

The “phase one” deal, known officially as the Economic and Trade Agreement Between the Government of the United States of America and the Government of the People’s Republic of China, contains provisions that addressed those problems. The Chinese agreed to accept audits conducted by the Food and Drug Administration on U.S. production facilities.

But the tariffs are still a problem, says Cullman. The U.S. continues to levy tariffs on Chinese goods like vitamins that U.S. feed companies need to import, and the Chinese continue to tax imports of U.S. feed products.

The Office of the U.S. Trade Representative chooses which Chinese products it will exclude from import taxes, but even the minority of exclusions that were granted expired last year.

It’s a situation highlighted in the US-China Business Council letter to Tai and Yellen. The letter was signed by the Farm Bureau, US Apple, AFIA, the North American Meat Institute, National Council of Farmer Cooperatives, American Soybean Association, Biotechnology Innovation Organization and others.

The letter urges the Biden administration “to retroactively restore product exclusions that expired in 2020; reinstate a new, fair, and transparent tariff exclusion process; and continue negotiations with China to remove both nations’ counterproductive tariffs as soon as possible. These steps are sorely needed to mitigate the tariffs’ significant and ongoing harm to the U.S. economy, U.S. workers, and U.S. national competitiveness.”

“We’re paying a lot more for those Chinese products that are subject to these tariffs and that is raising our manufacturing costs and then the costs to farmers,” Cullman said.

U.S. importers pay 20.5% in tariffs for vitamin K and 30% in tariffs on inositol, a naturally occurring type of sugar in plants that is valued as a food or feed supplement.

“We really want a new exclusion process in place so we can at least make our case (to the USTR) for those products that we have to import from China," Cullman says. 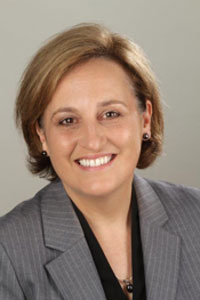 On the other side of the equation, Cullman says the Chinese are generally not excluding feed additives and other products from their retaliatory tariffs, costing them share of a massive market.

Before the trade war, technical barriers were keeping U.S. exports out of China, she said. Now it’s the Chinese tariffs.

“We’ve got competitors moving into that space, and the longer we wait to deal with this, the more our competitors are in there negotiating,” she said.

But the Biden administration has made it clear in recent months that it is still doing a top-to-bottom review of the trading relationship with China as the U.S. seeks allies in countries like the UK and Japan to confront China over unfair trading practices.

“I hope they get back to the table,” said Cullman. “The allied approach is great, but there’s also room for bilateral talks.”