Sen. Chuck Grassley, a top Republican on the Senate Finance Committee, says Democrats can’t pass a tax proposal that is raising alarms with farmers. That includes a transfer tax on inherited assets that would nullify the benefits of stepped-up basis.

“I don’t think they have the votes to do it, and I don’t think you’re going to find it in a bill that comes to the floor of the United States Senate,” Grassley told reporters Tuesday.

Senate Democrats haven’t released the specific tax measures they plan to use to pay for their $3.5 trillion spending package, but President Biden proposed to start taxing all capital gains at death. The tax liability on farms would be deferred for as long as they stay in business.

The Senate voted 99-0 last week for an amendment sponsored by Senate GOP Whip John Thune, R-S.D., that called for “preserving” current tax rules for transferring farms and businesses, including the “full benefit of the step-up in basis" for inherited assets.

By the way: The partisan budget reconciliation package also faces a cloudy future in the House, where Democrats are sharply divided.

Nine moderate Democrats have called for the House to act on the Senate-passed infrastructure bill before taking up a budget resolution that’s needed to move the larger and partisan reconciliation measure. But House Speaker Nancy Pelosi notified fellow Democrats Tuesday that the House will take up the resolution next week.  “While the bipartisan infrastructure bill offers important progress, it is not reflective of the totality of Democrats’ vision,” she writes.

The Commerce Department’s International Trade Administration will complete its investigation into whether organic soymeal imports from India should be hit with duties later than planned.

Commerce was due to wrap up its “less-than-fair-value” investigation by Sept. 7, but that deadline is now being pushed back to Oct. 27.

The International Trade Commission already conducted a separate investigation and concluded that “there is a reasonable indication that an industry in the United States is materially injured by reason of imports of organic soybean meal from India.”

Refiners ready for another E15 fight in court

The refining industry says it isn’t worried that the D.C. Circuit Court of Appeals will reverse a ruling that blocked EPA from allowing summer sales of E15.

“EPA doesn’t have any different authority today than it did last month when the court ruled unanimously that the agency overstepped its bounds, and decades of precedent, by applying a Clean Air Act waiver to E15,” says a spokesperson for the American Fuel and Petrochemical Manufacturers.

The biofuels industry and National Corn Growers Association filed a petition Tuesday asking for a new hearing on the July decision, in which a three-judge panel ruled that the Trump administration didn’t have statutory authority to approve E15 usage year-around.

Many environmental groups and other organizations are calling on Lowe’s and Home Depot to stop selling Roundup with glyphosate before Bayer pulls it from the residential market in 2023.

Bayer announced last month it would stop using glyphosate in Roundup for purely legal and not safety reasons: It wants to reduce the number of lawsuits filed by people alleging that exposure to Roundup caused their non-Hodgkin lymphoma.

In letters to both companies, Friends of the Earth, Center for Food Safety, Sierra Club and more than 100 other groups urged them “to lead the industry by ending sales of Roundup and other glyphosate-based herbicides immediately. We also urge your company to not sell the reformulated Roundup products unless the replacement active ingredients are demonstrated to be truly safe for people and pollinators.”

In another attempt to reduce exposure to future litigation, the company just filed a petition in the Supreme Court seeking review of a federal appeals court decision that found federal pesticide law did not pre-empt state-law claims of liability against Bayer.

Neither Lowe’s nor Home Depot responded to requests for comment. 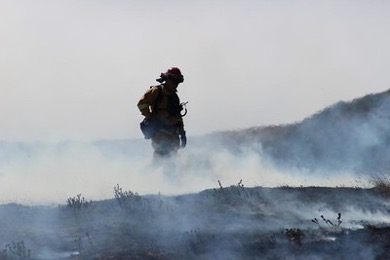 Nearly 15,000 firefighters for the Interior Department and Forest Service will be paid at least $15 an hour under an initiative announced Tuesday.

The pay increase will go into effect immediately, retroactive to June 30. The pay raise fulfills a pledge President Biden made when he announced a federal response to wildfires in June. The increase will benefit 3,500 of Interior’s 5,000 firefighters and 11,300 of the Forest Service’s 14,500.

The Port of Durban in South Africa – the largest port in sub-Saharan Africa and a major destination for fruit, vegetables, nuts, wine and poultry – was hit earlier this month with a cyber-attack for the second time this summer, again resulting in a drastic reduction in productivity.

The attack “crippled the flow of goods in and out of the country” just days after unrelated civil strife in the country shut down all activity at the port, according to a report from USDA’s Foreign Agricultural Service.

The container terminals were hit the worst by the latest cyber-attack, but bulk shipments of rice, corn and other grains were also affected.