Sources familiar with the agriculture provisions in the massive spending package Democrats are putting together expect it to include historic increases in conservation and research spending totaling nearly $36 billion.

The House Agriculture Committee is due to debate the provisions on Friday. Today, the House Education and Labor Committee will debate its portion of the spending package that includes $35 billion in child nutrition spending. The measure would make 9 million additional children eligible for free school meals.

By the way: Nearly 330 ag groups are urging the Democratic chairmen of the House Ways and Means and Senate Finance committees to preserve existing tax rules for inherited assets.

The groups are concerned about plans to start taxing capital gains at death. A proposal to defer the tax liability on family farms could still “discourage the sale of farmland depending on its implementation,” the groups say in their letter to the committees.

Democrats reportedly have been considering a special exemption for agriculture. 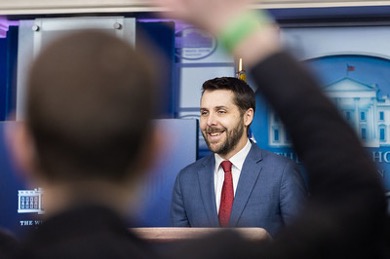 Processors push back against White House

Mark Dopp, general counsel and senior vice president of regulatory and scientific affairs for the North American Meat Institute, says companies “of all sizes” have been affected by the pandemic.

“American consumers of most goods and services are seeing higher costs, largely due to a persistent and widespread labor shortage,” he told Agri-Pulse. “The meat and poultry industry is no different.”

President Biden is nominating three judges to sit on the 9th U.S. Circuit Court of Appeals, a frequent venue for challenges to federal environmental regulations, including pesticide registrations.

Nominee Gabriel Sanchez, who has served since 2018 as an associate state appeals judge, won an award from the American Civil Liberties Union in 2010 “for his efforts to enforce and improve heat illness safety protections for farm workers,” the White House says.

The other 9th Circuit nominees are Lucy Koh, who has been a U.S. district judge in California’s Northern District since 2010, and Judge Holly Thomas, who has served as a judge in the Family Law Division of the Los Angeles County Superior Court since 2018. Koh was previously nominated by President Barack Obama but she never got a vote.

Take note: Koh would be the first Korean-American to sit on a federal appellate court.

USDA needs to do a better job collecting data on future emergency food programs, the Government Accountability Office says in a report analyzing the Food Box program, which was created early in the COVID-19 pandemic.

The speed with which the program was rolled out in May 2020 prevented the department from gathering enough information to allow GAO to determine whether it achieved two of its stated goals: helping food distributors retain jobs, and helping food producers faced with declining demand.

“USDA officials acknowledged that a key lesson learned during the implementation of the Food Box Program was the need to collect and analyze such data but that the department did not have time to do so,” said GAO, which is the investigative arm of Congress.

Take note: USDA's annual report on food security released Wednesday shows that the rate of food insecurity in the U.S. remained flat at 10.5% in 2020, despite the COVID-19 pandemic.

Beefed-up nutrition assistance and other government programs, such as unemployment insurance and an eviction moratorium, likely helped keep the rate from rising. But the prevalence of food insecurity increased for households with children, from 13.6% in 2019 to 14.8% in 2020. 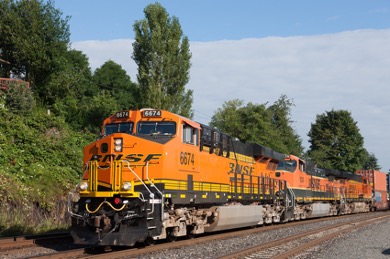 The cost of moving grain via rail has increased over the last five years, according to an analysis by the American Farm Bureau Federation.

Union Pacific and CSX had increases of 10% and 20%, respectively. BNSF rates increased roughly 5%.

The FAS office in Beijing expects China to import 101 million metric tons of soybeans in the 2021-22 marketing year, up from 98 million tons in 2020-21. Soymeal prices in China are lower than the spikes in January and February, but still significantly higher than they were last summer.

Meanwhile: China’s commitments to buy the U.S. crop continue to pile up. The USDA on Wednesday announced yet another daily export sale to China for 2021-22 delivery. This one was for 106,000 tons.

Whether it’s the new quota Canada agreed to under the U.S.-Mexico-Canada Agreement or simply the fact that the U.S. offers very competitive poultry prices, Canada is expected to continue to import more U.S. chicken next year.

Canada agreed to a tariff rate quota of 51,000 tons under the USMCA, but that won’t limit Canadian purchases, says FAS. U.S. poultry historically makes up more than 80% of Canada’s overall imports, and that’s expected to still be the case next year.

He said it. “When you see that level of consolidation, and the increase in prices, it raises a concern about pandemic profiteering, about companies that are driving price increases in a way that hurts consumers who are going to the grocery store.” - Brian Deese, director of the White House’s National Economic Council.

Photos by the White House and BNSF Railway.