Democrats on the House Agriculture Committee look today to advance a $66 billion spending measure that’s missing a major piece — another $28 billion in funding for conservation programs.

The committee debated the measure for nine hours on Friday in a session that ended in angry exchanges over GOP amendments targeting federal nutrition spending. The debate echoed the panel’s angry divisions over the 2018 farm bill.

The committee is set to vote on 30 GOP amendments before taking a final vote on the measure.

Chairman David Scott, D-Ga., said the conservation spending would be added to the package before the House votes. That promise didn’t satisfy Republicans who were frustrated that the committee was forcing votes on an incomplete measure.

Take note: The ag provisions will be part of a $3.5 trillion budget reconciliation that Democrats are pulling together, but it’s clear nothing of that size can pass the Senate.

A key House moderate, Rep. Jim Costa, D-Calif., said at the Ag Committee meeting Friday that he wouldn't vote for a reconciliation bill on the House floor that can't pass the Senate. And key Democratic senator Joe Manchin, D-W.Va., has reportedly told colleagues that he wouldn’t support a package that exceeds $1 trillion to $1.5 trillion. (The Senate's 50-50 split makes Manchin's position decisive.)

Appearing on CNN Sunday, Manchin urged congressional leaders to "pause" before passing another big spending package, and he wouldn’t commit to supporting a particular number for the reconciliation package. “It's not going to be at $3.5 (trillion), I can assure you,” he said.

For more on the reconciliation bill, read our Washington Week Ahead, plus our report on clean energy provisions that the House Ways and Means Committee will consider this week.

EPA seeking information on dicamba damages over past year

The Environmental Protection Agency is asking dicamba registrants for information they have on adverse effects over the past year.

Letters went to BASF, Bayer, Corteva and Syngenta asking for studies and incident reports on non-target plant damage “resulting from the use of, or contact with dicamba, including non-lethal effects, which occurred in any country at any time after October 2020,” according to the letters sent last week.

News reports this growing season indicate that the herbicides, approved for over-the-top use on dicamba-tolerant cotton and soybeans, “appear to continue to be associated with reported alleged adverse incidents,” despite more restrictive labeling approved last fall, the agency said.

EPA reminded the registrants that FIFRA, the nation’s pesticide law, requires them to submit studies and incident reports and that “most adverse effects information must be reported to EPA within 30 days of its receipt by a registrant or its agents.”

Corteva decided in February to stop selling its dicamba product, FeXapan. The company’s registration is still current with EPA, however.

The 1.2 million metric ton quota that India recently announced for soymeal expires on Oct. 31, but analysts for USDA’s Foreign Agricultural Service say it’s likely that the quota will be filled, even as the country’s soybean crop begins harvest next month.

The quota originally specified that the soymeal could only come in through one port, but the Indian government then expanded that to four, which should accommodate U.S. or South America soymeal shipments to other Asian countries to be diverted to India, according to a new FAS analysis.

The unprecedented quota, which allowed soymeal from genetically modified soybeans, was enacted only after prices in India rose to three times the global average, said FAS. “India’s poultry, egg, dairy, and aquaculture producers, who depend on domestic soybean meal for feed, pressured the Indian government to take historic action.” 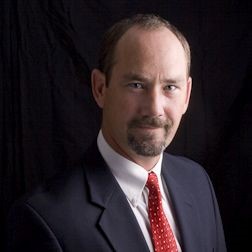 The United Sorghum Checkoff Program is celebrating a new USDA forecast that estimates farmers will plant 7.3 million acres of the grain this year —a 12% increase from USDA’s forecast last month and a 24% increase from last year.

“We have long known that U.S. sorghum’s potential is tremendous, whether as a solution in crop rotations that adds value for farmers or as a resource-conserving, versatile product for end-users worldwide,” said Norma Ritz Johnson, Sorghum Checkoff executive director. “U.S. sorghum farmers are ready to meet growing global demand for sorghum, and that is evidenced by this amazing growth in acreage.”

USDA raised its forecast for sorghum production to 454 million bushels, up from its August prediction of 409 million and last year’s total of 373 million. Sorghum Checkoff CEO Tim Lust said the updated projection, combined with strong yield, should make the 2021 crop the most valuable ever, worth over $2.7 billion.

“Declines were most substantial among lenders with both the smallest and largest farm loan portfolios and among agricultural banks with high concentrations of farm loans,” the report noted. It also forecast farm income will reach an eight-year high in 2021, as the ag economy continued to hold strong through the first six months of this year.

“Producers are using their late summer, fall, and winter grazing right now,” he told Agri-Pulse. “When winter comes, they are going to be in a pretty bad way.” Ducheneaux visited with Sen. John Hoeven and livestock producers in North Dakota on Friday.

Last week, USDA announced funding assistance to cover up to 60% of the normal feed transportation costs for producers who’ve been in a severe, extreme, or greater drought for eight consecutive weeks.

He said it: “I’m putting my tie on so I look presentable,” Rep. Jim Costa of California, as he logged on virtually ahead of the House Ag Committee meeting Friday.