Lawmakers are quickly wrapping up their pre-election business and hitting the campaign trail.

By voice vote Thursday evening, the Senate confirmed Vincent Logan to be a member of the Farm Credit Administration board.

Two trade-related nominees important are still pending: Doug McKalip to be chief agricultural trade negotiator in the Office of Trade Representative, and Alexis Taylor to be undersecretary for trade at USDA.

Just in the nick of time: Congress is averting another government shutdown. The House is expected to pass a continuing resolution today to keep the government funded until Dec. 16. Without this CR, funding for many agencies and programs would run out with the end of the 2022 fiscal year today.

Take note: Following today’s action, there will be no more votes in the House or the Senate until after the mid-term elections in November. 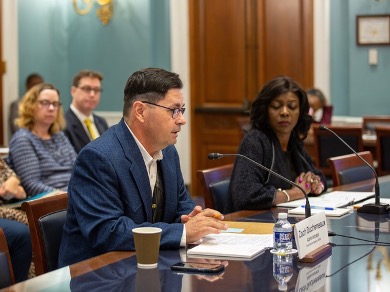 The five-page notice distributed Thursday details definitions for key terms, including the difference between “equality” and “equity.”

“Equality uses the same strategies for everyone, but because people are situated differently, they are not likely to get the same outcomes. Equity uses differentiated and targeted strategies to address different needs to get to just outcomes,” the document says.

The notice goes on to define racial equity as “a process of eliminating racial disparities and improving outcomes for everyone. It is the intentional and continual practice of changing policies, practices, systems, and structures by prioritizing measurable change in the lives of people of color.”

The document notes that the agency has hired its first full-time equity officer, who will be the point of contact for state FSA offices.

By the way: FSA Administrator Zach Ducheneaux told lawmakers Thursday that the agency would give “due consideration” to the Equity Commission’s recommendation.

FDA’s food regulatory system is broken. That was the message that food policy experts delivered Thursday to a panel that’s reviewing the agency’s human foods programs.

Many of those testifying called the FDA’s food programs “fragmented” and reluctant to share information, even within their own agency.

“One might reasonably conclude that there really isn’t a food program at FDA,” former acting Commissioner Stephen Ostroff told the review panel.

Most of those who spoke said FDA needs a deputy commissioner with sole responsibility for food programs, including the Center for Food Safety and Nutrition, the Office of Food Response and Policy, and the Center for Veterinary Medicine. The Reagan-Udall Foundation’s review doesn’t include CVM.

Such an individual “could provide stability and promote an efficient, effective and aligned FDA,” said Jennifer McEntire, chief food safety and regulatory officer at the International Fresh Produce Association.

Keep in mind: A diverse list of groups signed on to a letter in April calling for a deputy commissioner for foods.

Today’s agenda includes testimony from representatives of Western Growers and the National Association of State Departments of Agriculture.

Members of the National Association of State Departments of Agriculture are calling on Congress to use the next farm bill to fund upgraded disaster relief programs that can offer efficient, timely assistance to farmers and ranchers based on high-quality data.

Newly elected NASDA President and Wyoming Ag Director Doug Miyamoto said existing disaster programs don’t provide assistance “to the degree we would like and the speed we’d like.”

Take note: NASDA members, meeting in Saratoga Springs, N.Y., this week, also asked for more research and funding to discover best practices for responding to pollution from PFAS and more funding and clarity in the Specialty Crop Block Grant Program.

The group is asking USDA and its National Institute of Food and Agriculture to make long-term grant funding to combat farm stress and rural mental health in their states. 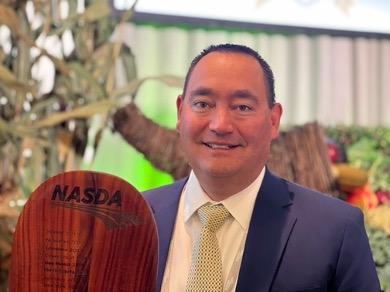 Keep in mind: In 2021, NIFA announced a one-time investment of $25 million for 50 grants supporting the Farm and Ranch Stress Assistance Network. As a result, state departments of agriculture were offered noncompetitive grants up to $500,000 to combat farm stress.

The Russian invasion of Ukraine continues to disrupt global ag trade, driving prices for grain, vegetable oil and fertilizer prices up for some of the poorest countries in the world. But the G20 ag leaders have failed to agree on a statement that the war should be condemned, says USDA Deputy Agriculture Secretary Jewel Bronaugh.

Bronaugh, who represented the US at the summit in Bali this week, said the ag leaders were unable to produce an official communique because of the division, so they instead signed off on a summary of the meetings that did not reference the war in Ukraine.

So who objected to condemning the war?

“Russia and China were present and I’m under the assumption that they were the countries who did not agree with the language condemning Russia,” she told reporters on a conference call.

Take note: Bronaugh also said there was plenty of concern about the continuation of the Black Sea Grain Initiative – a deal reached by Ukraine, Turkey, Russia and the United Nations to allow ag exports to flow through three Odesa ports.

The UN released an assessment Thursday that showed Ukraine has exported 5.4 million metric tons of ag commodities through the three Odesa ports since the deal went into effect.

Chef José Andrés, who was a featured speaker at this week’s White House Conference on Hunger, Nutrition and Health, tells Agri-Pulse the nation needs to take steps to ensure that the “bounty” of our farms “reaches every single corner of America.”

In an interview for this week’s Agri-Pulse Newsmakers, Andrés says the need for high-quality, healthful food is especially acute in areas with “no supermarkets, no farmers market … near where they live.”

More than 100 House Republicans have signed on to a bill that would exempt agriculture from the Securities and Exchange Commission’s proposed regulations that would require corporations to track and disclose greenhouse gas emissions in their supply chains.

Many farm groups have endorsed the bill, including the American Farm Bureau Federation.

The bill is designed to pressure the SEC to rethink the proposal. At a recent Senate hearing, SEC Chairman Gary Gensler denied the rule would “touch farmers.”

She said it. "The SEC should stick to regulating Wall Street, not Main Street.” - Kaitlynn Glover, executive director of natural resources for the National Cattlemen's Beef Association.

Correction: The original version incorrectly reported, based on information from the Senate press gallery, that Jose Esteban was confirmed to be USDA’s undersecretary for food safety.