Should CRP’s ranking of environmental benefits be reformed?

The Agriculture Department has been accepting cropland into the Conservation Reserve Program at higher rates during recent administrations, and some critics say that's because USDA is lowering the bar when it comes to the environmental benefits the acreage offers.

The land offered for enrollment in the program is scored on an "environmental benefits index" that considers such factors as its potential to reduce water and wind erosion and provide wildlife habitat. Offers are judged based on the EBI, but USDA also sets a minimum score, or cutoff.

During the most recent signup, USDA took any land that had an EBI of at least 165 in 14 states, and 175 everywhere else. The reduction came as the Biden administration was attempting to enroll at least 4 million acres in CRP as part of an effort to use CRP to reduce U.S. greenhouse gas emissions, as land put into grass sequesters carbon in the soil.

“In order to accommodate more producers in enrolling land, we had to reach a little further down in there to get some lands that were maybe a little less vulnerable,” Zach Ducheneaux, administrator of USDA's Farm Service Agency, told Agri-Pulse. 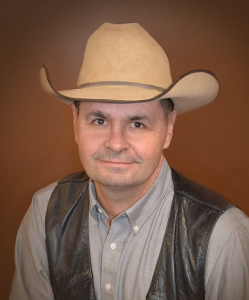 USDA announced in August that 1.9 million acres of land had been accepted during this year's general signup. The acreage will enter the program on Oct. 1. About 20.6 million acres are currently enrolled in the program. Even with the additional acreage, plus a recent enrollment of 2.5 million acres of pasture and rangeland under a special grasslands signup, the total amount of land will stay under the 25.5 million cap for fiscal year 2022 as authorized in the 2018 farm bill.

Max Fisher, chief economist at the National Grain and Feed Association, said land idling comes at an economic cost due to the forgone agricultural production and the associated economic activity.

“I won’t speculate on whether the EBI threshold was lowered to enroll more acres, but there is a need to reform the environmental benefits index for evaluating CRP enrollments to reward targeted CRP offers more adequately,” he told Agri-Pulse.

NGFA is urging Congress and USDA to instead focus conservation efforts on working lands programs like the Conservation Stewardship Program and Environmental Quality Incentives Program.

Fisher said CRP general sign-ups should be targeted “to make more cropland available for beginning and socially disadvantaged farmers and reduce negative impacts of land idling on rural communities, while also protecting the most sensitive portions of farms.”

Jim Inglis, director of government affairs at Pheasants Forever, doesn't disagree the EBI scores have been trending down since the mid-2000s but said there has been an increase in continuous CRP interest.

“Those are very targeted (and) usually pretty high, whether it's soil, water or wildlife,” he told Agri-Pulse.

Inglis does not see lowering the EBI as taking farmable ground out of production.

“Even if you have crop ground that can be farmed, sometimes it is environmentally sensitive. Maybe even at a lower rate but it has still created benefits for soil, water (and) wildlife,” Inglis said.

But former House Agriculture Committee Chairman Collin Peterson, D-Minn., believes the EBI system needs to be reformed and simplified. Carbon sequestration potential should be factored into the score, he said.

“We've gotten this EBI so damn complicated, and we have so many different things we’re trying to accomplish with it, in my opinion, nothing gets accomplished,” Peterson told Agri-Pulse. He said the top goal of the program should be taking land out of production that should not be farmed, while also ensuring that good cropland doesn't enter the program.

CRP's rules were simpler when it was created in 1985, but as the years went on, lobbying groups began asking USDA to add additional criteria, Peterson said.

“What happens is, once it gets out of Congress’ hands and goes over to USDA, then they get inundated by all of these groups lobbying them to add what they want, whether it be water quality or erosion,” Peterson said.