The House and Senate Agriculture committees have long been known as some of the most bipartisan panels in Congress. But when one party or the other insists on pushing through a partisan policy priority, the result can be the kind of rancor that marked a House Ag Committee on Tuesday.

The meeting was scheduled to consider a pair of minor bills — one designating this past July as National Blueberry Month and the other providing additional funding for agricultural fairs. But Republicans used it to accuse Chairman David Scott, D-Ga., of ignoring more pressing issues, and the GOP lawmakers also demanded details of the conservation provisions that will be in his party’s massive budget reconciliation bill.

Rep. Dusty Johnson, R-S.D., said the committee should be working on issues such as mandatory price reporting for livestock; the current rules for the reporting system are set to expire at the end of the month.

“I am sorry, Mr. Chairman, but I cannot understand why, instead of dealing with ASF, wildfires, drought, or mandatory price reporting, we are trying to earn respect for the blueberry,” Johnson said. “I hope tomorrow brings more serious work for this committee.”

On conservation spending: Rep. Austin Scott, R-Ga., pressed both the committee chairman as well as Jim Costa, D-Calif., for details on the $28 billion in planned conservation funding. The chairman said in response that the details would be available “at the appropriate time.”

Costa didn’t confirm whether or not he had seen the bill language, but he said he does think it needs to be shared with the Republicans on the committee at some point.

Democrats try to nail down deal

House and Senate Democrats are trying this week to agree on details of the massive spending package. Senate Majority Leader Charles Schumer, D-N.Y., said the goal is to have the compromise package ready by next Monday, when the House is set to vote on the Senate-passed bipartisan infrastructure bill.

Schumer said he’s been working with Democratic moderates on a possible deal. At least two Senate Democrats have insisted they won’t support the $3.5 trillion in spending that progressives want.

For more on the reconciliation package, including its tax and green energy provisions, read our weekly Agri-Pulse newsletter. 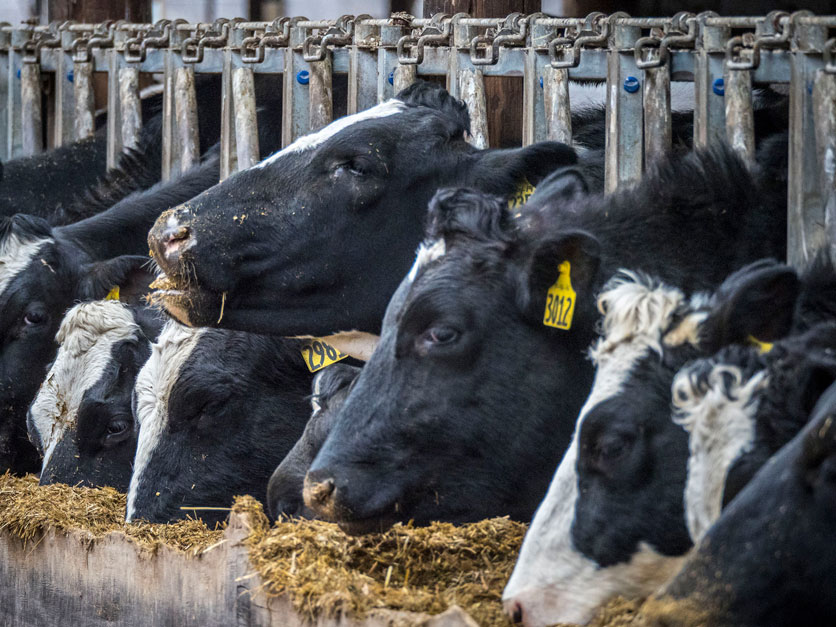 The U.S. and European Union are leading an effort to reduce global methane emissions by 30% by 2030, and the largest animal feed organizations on both sides of the Atlantic say they are in full support.

The American Feed Industry Association and the European Compound Feed Manufacturers stressed that the key to reducing livestock emissions is improving nutrient uptake for the animals – not efforts to get people to consume less meat and dairy.

The top officials for the two groups said in a joint statement Tuesday: “We know that achieving meaningful change in reducing global methane emissions will only be realized through the use of science and technology – which is helping today’s farmers feed more people with less – not drastic and unrealistic calls to change dietary consumption patterns.”

The world’s food systems need a “revolution,” an official with the United Nations’ International Fund for Agricultural Development said on the eve of the UN Food Systems Summit.

Jyotsna Puri, associate vice president of IFAD’s strategy and knowledge department, was discussing a report released Tuesday that calls for more investments in small and medium-sized farms and the development of pricing systems “that reflect the full and true cost of production, including rewarding farmers for ecosystem services, such as maintaining healthy soil and regulating pests.”

The report is one of many coming out around the UN summit, which takes place Thursday in New York.

EPA is giving dicamba registrants more time to submit data on the damage the herbicide does to crops and other plants.

An agency spokesperson told Agri-Pulse that Bayer, BASF, Corteva and Syngenta now have until Oct. 1 to turn in the information. The original deadline was Sept. 19. “EPA will analyze and assess the reports to determine whether further action is necessary,” the spokesperson said.

Britain’s Department for Environment, Food and Rural Affairs has given USDA an analysis of a new case of bovine spongiform encephalopathy discovered on a farm in Somerset, England, last week, but the U.S. will not be banning British beef as a result, according to a spokesman for USDA’s Animal and Plant Health Inspection Service.

The U.S. lifted its 24-year ban on British beef in March of last year.

The APHIS spokesman confirmed that the case in England was an "isolated, single case of classical bovine spongiform encephalopathy” and said “there is no need for APHIS to implement any changes.”

The British agency said the infected cow died on the farm before being removed. Furthermore, the government said it locked down the farm while investigators tried to identify the origin of the infection.

USDA has confirmed a case of African swine fever in Haiti. The infected pig was discovered near the border with the Dominican Republic, where the swine disease has already been reported.

“While unfortunate, this detection is not unexpected due to the recent cases of ASF in the Dominican Republic,” APHIS said in a statement.

The U.S. has bans in place on pork and pork products from Haiti, the Dominican Republic, and the U.S. territories of Puerto Rico and the U.S. Virgin Islands. USDA is trying to ensure that major pork importers won't ban U.S. pork should ASF be detected in one of the territories.

He said it. “When we see the rate of suicide now, we see the rate of us not talking to people. … Conversations happen over dinner or lunch or breakfast. And so when people ask, ‘What you do and why you do it?’ That's why you do it. Be proud about it, brag about it.” - Cedric Richmond, a senior adviser to President Joe Biden, addressing members of the United Fresh Produce Association, on the importance of food and shared meals to building human connections.