An environmentally concerned fashion company and a fifth-generation rancher are the opposite endpoints on a short line that connects a luxury brand with sustainable agriculture.

The Los Angeles-based firm Co recently unveiled its Natural World “capsule” (which is a group of designs that isn’t as robust as a full collection) featuring California-sourced wool mostly spun, woven and sewn by American businesses.

Justin Kern, co-founder and creative director at Co, said some fashion companies have made claims of sustainability that lacked accountability and amounted to “a lot of gimmicks.” As his 10-year-old company looked for ways to “actually make a difference and have an impact,” they eventually landed on the idea of sourcing California fiber from farms and ranches using regenerative agricultural practices. 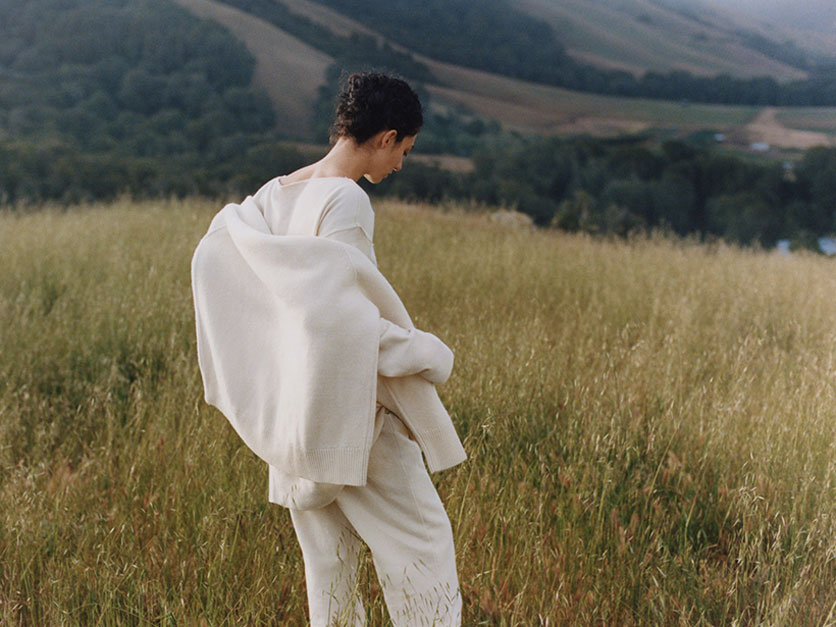 Ryan Mahoney raises sheep in Solano County that he says produce a middle-grade of wool that is not terribly coarse but also has not typically been the provenance of the finest wool suits. Historically, his fleece would be aggregated with other farms’ and eventually turned into clothing such as military uniforms, usually manufactured abroad.

The nonprofit Fibershed, which is dedicated to renewable fiber and dyes, connected the designer and the farmer.

Kern said sourcing materials locally from farms that met certain sustainability metrics provided “an amazing opportunity” for Co to differentiate itself as a West Coast brand while also working toward its goals of making a difference in the world.

Mahoney credits Fibershed and Imperial Yarn, an Oregon company that produces luxury yarn from American wool, with leading him to Co. He had to show how his operation was sequestering carbon and says “the beautiful part” was that in compiling information for that plan, he discovered he wouldn’t need to change the way he raises sheep at all. “We’re able to say we sequester carbon because we do,” he said, using the stewardship practices passed down for generations in his family. Those include multispecies rotational grazing and a return to natural compost some time ago after years of using synthetic fertilizer.

“The switch to the compost is probably one of the better things we’ve ever done for soil health,” Mahoney said. He has also worked with NRCS to maintain and improve natural frontage along a river. The direct connection from the farm to a clothing company gave Mahoney his first opportunity to see specific articles of clothing he knew had been made from his sheep’s fleece. “I love to see our wool make it to the final product." he says.

Mahoney now gets paid a premium for his wool, thanks to “what we’ve done for the last 140 years,” and that has been “really quite amazing and quite a blessing.” California’s wool production has dropped from 2.9 million pounds in 2014 to 2 million pounds last year. Prices have been volatile. In 2014, a low point in the past decade, a pound fetched $1.35. The price then peaked at $2.20 in 2019 and dropped a dime to $2.10 last year, according to USDA. Mahoney appreciates that Co is willing to pay for quality and sustainable agriculture and he also recognizes that the much shorter supply chain means fewer links are plucking off part of the profit.

“They really do care about the farmers they’re working with,” Mahoney said of Imperial Yarn and Co.

For Kern, working with farmers has expanded his understanding of clothing production. He said in an informational Zoom call, he got on the line and found 70 farmers and ranchers tuning in to “meet each other and talk about what we could do together.” He also visited Mahoney and hopped into the rancher’s pickup truck for a tour of the operation, where he says he got to meet the workers and see the sheep. Being that close to the beginning of the textile making process was exciting and an “amazing way to get inspired again.”

Co’s Natural World clothing should be seen as a luxury good, Kern said, because each item “was handled thoughtfully every step of the way.” He says that may contrast with other fashion items with high price points that don’t put the same emphasis on sourcing raw materials as they do on other aspects of a product. To him, a consumer investing in a luxury product should be assured “that a level of extreme care that was taken at every step from not just the ad campaign and the design but all the way back to the soil and the animal that this came from.”

As luxury goods, the clothes are meant to last a long time.

“I was pretty surprised when I clicked on the Instagram link,” Mahoney said, and saw the prices. The “Oversized Boxy Raglan Sweater in Climate Beneficial Wool,” which Kern identified as his personal favorite, sells for $950 on the Co website. 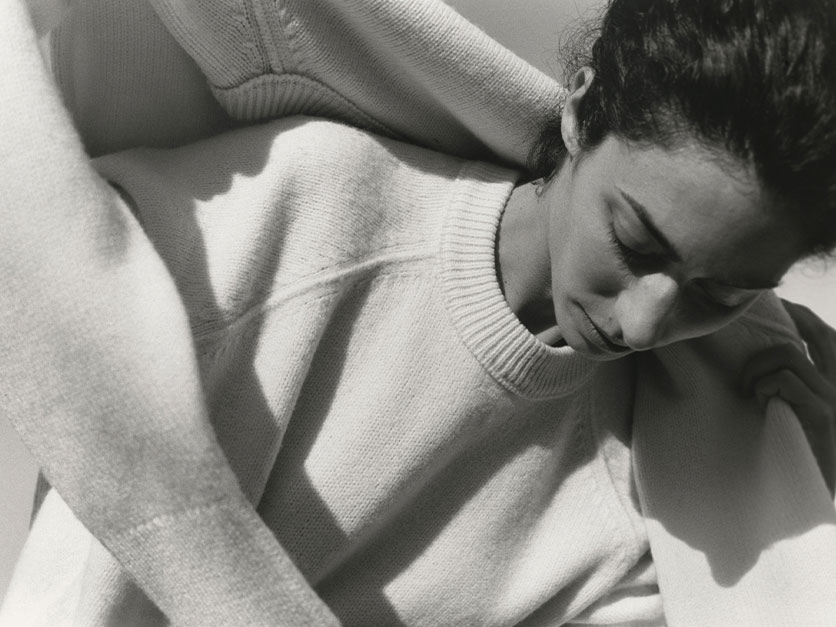 Mahoney said he did pause, upon seeing the prices, to consider what Fibershed founder Rebecca Burgess says in a promotional film Co has on its website, which also features Mahoney and his ranch. Burgess said her goal is to make fashion less about consumption. “You’re collecting pieces that matter, and have meaning,” she said, "and you wear them for a long time."

That won’t immediately make it possible for many people to drop a thousand dollars on a pair of wool trousers, but Kern said the high-end brands are “where trends start” and they can set an example. He likens it to the advent of organic and other specialty foods that once were available to elite diners at expensive restaurants but now are much more widely produced, which has brought down the price. Today, a broad swath of the public can prepare an organic chicken at home if they want to.

With sustainable food, “people have started to expect it,” Kern said. “They’ve been educated about what that means.” Big box grocers now have organic produce available in bulk. The same kind of trickle-down impact could happen for sustainable clothing production, he said.

Mahoney said since he doesn’t think twice about paying the cost of a meal in a nice restaurant, he may have to think differently about how much he invests in a new pair of jeans. For now, knowing exactly where his fleece gets spun into yarn allowed Mahoney to give his grandfather, with whom he first started ranching, a special present for his 92nd birthday.