Partially motivated by funding concerns, two prominent hemp-growing states recently decided to let the Department of Agriculture regulate hemp within their borders, and others are still in the process of deciding whether to hand over authority to USDA as the pilot programs authorized under the 2014 farm bill expire at the end of this year.

Four tribes and three states — Hawaii, Mississippi and New Hampshire — already have determined they will let USDA have the lead role, while most have plans that have either been approved or are under review. Nearly a dozen are undecided.

Within the last month, Wisconsin and North Carolina have both said they will let USDA handle the duties of licensing and overseeing hemp production, which has raised questions over whether USDA will be able to handle the new responsibility.

“USDA is going to have to administer a lot more individual licenses next year than they've had to,” says Rick Fox, co-chair of the government relations committee at the National Industrial Hemp Council. “USDA says they have software in place and they're going to be ready. And I know they're doing their very best to get ready. But we'll just have to see.”

Asked whether USDA is prepared to deal with applications from growers, a department spokesperson said the domestic hemp production program “is resourced to continue to process applications, review plans and provide guidance to all states, tribes and individual growers” and referred growers to the program’s website.

Growers in states without USDA-approved plans will have to apply for a hemp production license online with USDA. Wisconsin’s DATCP said that benefits of a federally run program “include no licensing fees, the federal license is three years instead of annual, and it provides some flexibility utilizing private sampling and testing services.”

Fox says in discussions with ag commissioners and directors at the recent National Association of State Departments of Agriculture meeting, a big concern was the cost of sampling and testing.

“Increased flexibility around growing the crops in general from a regulatory standpoint would be very helpful,” Virginia Department of Agriculture and Consumer Services Commissioner Brad Copenhaver told Agri-Pulse, mentioning how sampling protocols could be revised to focus on hemp varieties more likely to exceed the legal THC threshold. 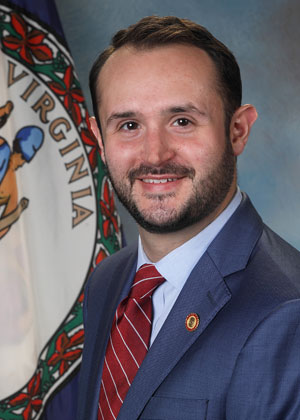 VDACS has submitted a plan to continue running its program, Copenhaver said. The state will continue to use licensing fees to help fund it and will probably have to require growers to pay the cost of sampling and testing.

“In general, our growers prefer to deal with our state department of agriculture,” Copenhaver said.

North Carolina has about 600 licensed growers, down from around 1,500 a few years ago, said Phil Wilson, director of the plant industry division in the North Carolina Department of Agriculture and Consumer Services. Wisconsin has received 828 grower applications in 2021, down from 1,537 in 2020.

In both states, the legislature did not provide resources to continue with the programs. “Gov. Tony Evers' 2021-2023 budget proposal provided ongoing staffing resources to support the hemp program, but those resources were not included in the final version of the budget passed by the legislature,” the Wisconsin Department of Agriculture, Trade and Consumer Protection said.

The program cost the state $1.3 million to run, and its discontinuance will result in the loss of two positions, DATCP spokesperson Leeann Duwe said.

Rob Richard, president of Wisconsin Hemp Alliance, said he did not think the transition to federal authority would make much difference for growers, except USDA says it won’t be charging fees.

“I don’t there should be much concern over it,” Richard said. The absence of fees “should make them happier,” he said.

And in North Carolina, the legislature did not provide continued authorization beyond the pilot program, under which states have more flexibility to implement regulatory requirements, such as for sampling and testing.

Funding the program through existing resources “probably did hamper some other work we need to be doing,” Wilson said.

But even in a state that is likely to submit a plan, the idea of running the program under current regulations is undesirable.

“We don’t want to be in a position where we're condemning a crop that we've permitted somebody to grow,” says Cary Giguere, director of plant health and agriculture resource management for Vermont’s Agency of Agriculture, Food and Markets. “It's not a place we want to be.”

He’s referring to the 0.3% federal limit for tetrahydrocannabinol, or THC, the psychoactive ingredient in marijuana, above which hemp is considered a controlled substance and must be disposed of. Alternatively, USDA’s final rule issued in January allows for certain remediation methods to get the THC limit below the acceptable threshold, and raised the negligence threshold from 0.5% to 1%.

Giguere was hoping Congress would extend the authorization for states to run pilot programs under the 2014 farm bill, but it is increasingly looking like that is not going to happen. No such language appeared in the continuing resolution that was passed by the House but rejected by the Senate.

“It looks like we're out of time,” Giguere said.

“We feel confident that we could run a program if that THC level was 1%,” Giguere said. “And we've been collectively, both federally and in Vermont and other states, kicking that can down the road for a couple of years now.”

Legislation in Congress would raise the THC limit in industrial hemp to 1%, but as much as the growers, and the industry as a whole, would like to see that limit increased, they may have to wait until the farm bill is rewritten in 2023. 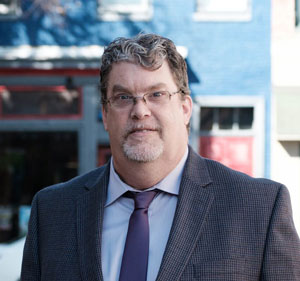 “I think it's probably coming in the next farm bill,” said Eric Steenstra, president of Vote Hemp. He said in discussions with congressional staff, he has not heard much enthusiasm for reopening the farm bill before then.

For Giguere, overseeing a process that may result in ordering a farmer to destroy part of his or her crop doesn’t sit well.

“In all other instances, we're working with a grower to make sure that their crop can make it to market,” he says. But a grower’s hemp could test above 0.3% even if the grower did everything right.

“If somebody buys legal seed, plants that seed, and the crop itself is not compliant, there’s nothing along that path that the farmer did to make that crop be condemned,” he said.