Congress has averted a government shutdown today while providing $10 billion in assistance for ag disasters that have occurred over last year and this year. The aid was included in the stopgap funding bill that President Biden signed into law Thursday night.

The eligible disasters include the drought that has ravaged much of the West and northern Plains, the freeze that destroyed Texas citrus crops this winter, and last year’s derecho in Iowa. Smoke-tainted wine grapes in California also are covered.

The top Republican on the House Ag Committee, Glenn “GT” Thompson of Pennsylvania, voted for the bill that includes the disaster aid. However, most other GOP members of both the Senate and House Ag committees opposed it, including Senate Ag’s ranking member, John Boozman of Arkansas. 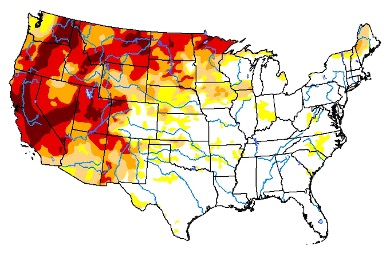 Take note: Some 81% of the West and 44% of the central and northern Plains are currently in severe (D2) drought or worse, according to the latest U.S. Drought Monitor. (Orange, red and crimson areas in the map above are in D2-D4 drought.) To be eligible for aid, a producer’s county must be in D2 drought for at least eight consecutive weeks.

The disaster provisions originated in the House in an earlier version of the bill that included an increase in the federal debt ceiling that Senate Republicans opposed.

A federal judge in Washington, D.C., has denied USDA’s motion to dismiss a challenge to its administration of the beef checkoff program. The decision allows the lawsuit to go forward.

R-CALF USA sued the department in September over memorandums of understanding that USDA entered into with state beef councils that were later upheld by the 9th U.S. Circuit Court of Appeals.

But the group's new complaint says the MOUs with state programs should be declared unlawful because USDA did not seek notice and comment first.

Keep in mind: R-CALF still has to jump through some hoops before it can argue the merits of the case before U.S. District Judge Randolph Moss. In his opinion, the judge said R-CALF had “adequately alleged the elements of associational standing,” but ordered more briefing on the “factual question whether R-CALF actually has standing.”

Moss said R-CALF faces a “tall order.” The group must prove "that at least one named member has suffered or will suffer a concrete injury-in-fact that is fairly traceable to the procedural wrongs alleged in the complaint and that a favorable decision is likely to redress such injury.”

USDA’s announcement of a vaccine breakthrough to protect hogs against the Asian strain of African swine fever may also prove effective against the strain infecting pigs in the Dominican Republic and Haiti. However, more research will be needed, USDA officials tell Agri-Pulse.

The latter strain is closely related to the strains currently impacting Asia and Europe, a spokesperson for the Animal and Plant Health Inspection Service said, adding, “We have not identified any mutation that would impact virulence or antigenic properties.”

Paul Sundberg, executive director of the Swine Health Information Center, tells Agri-Pulse: “The expectation is that the vaccine candidate talked about today would be effective, but until there are vaccine trials done on the island with that vaccine, those pigs and those conditions, nobody can say with 100% surety.” 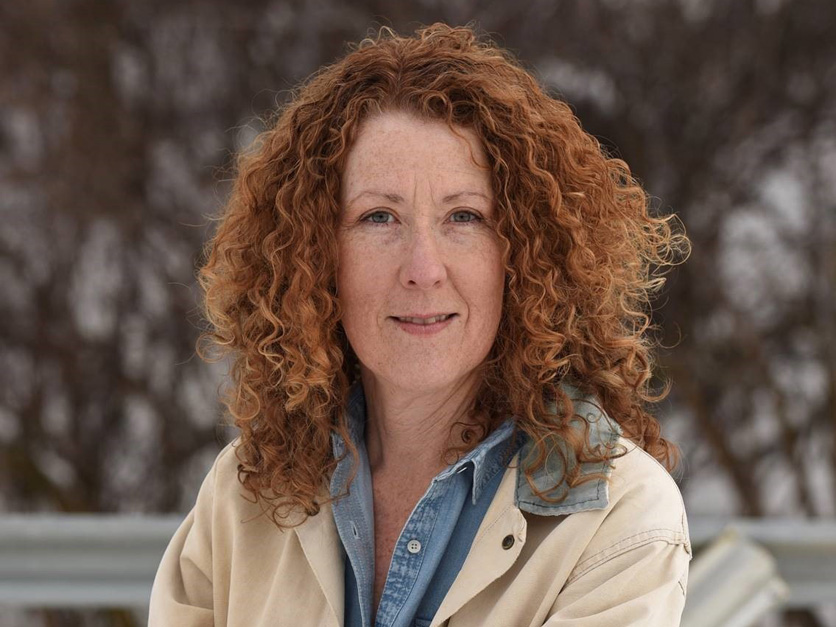 The Senate confirmed Tracy Stone-Manning to lead the Bureau of Land Management on a party-line vote Thursday night following an emotional debate over her role in a tree-spiking incident more than 30 years ago. All 50 Democrats voted to confirm, and five Republicans did not vote.

Republicans accused Stone-Manning of lying to the Senate Energy and Natural Resources Committee when she said she was not involved in the spiking of trees in the Clearwater National Forest in Idaho.

Montana Democrat Jon Tester, for whom Stone-Manning worked as a regional director, said she had “done nothing wrong” and that she would be good for the BLM. “She can get the job done,” Tester said. “She can bring people together of all political ilks, and she can do what's best for the American people.”

Read more about Stone-Manning on Agri-Pulse.com.

US rice exports get boost from Iraq trade

US rice exports were strong in late September, thanks to major shipments to Iraq, according to the latest weekly trade data released Thursday by USDA’s Foreign Agricultural Service. The U.S. shipped 54,800 metric tons of rice to Iraq in the week of Sept. 17-23, and most of that grain — 43,100 — was purchased by the Iraqi government.

Total U.S. rice exports for the seven-day period were up 29% from the prior four-week average, according to the FAS. U.S. net sales of rice were also strong for the week, but Japan was the biggest buyer, taking 39,300 tons for delivery in the 2021-22 marketing year. Taiwan was the second largest customer, contracting to buy 12,000 tons.

He said it. "Inclusion of these provisions is the fastest way to get this critical assistance out the door to our producers, and it will bring more producers into the crop insurance program.” - House Ag Committee Chairman David Scott, D-Ga., on the $10 billion in ag disaster aid in the continuing resolution passed Thursday.