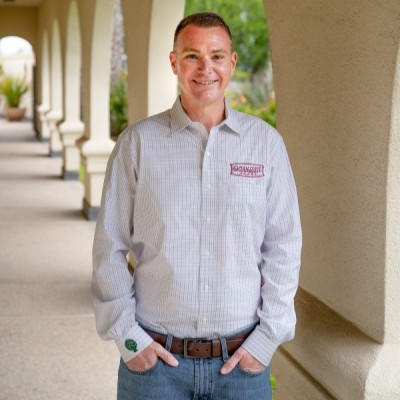 Ocean Mist Farms has promoted Christopher Drew to president and CEO. He was previously serving as COO. Drew earned his bachelor of science in crop science from California Polytechnic University – San Luis Obispo, and his master’s degree in business administration from the University of Phoenix – San Jose.

The Association of California Water Agencies’ nominating committee has unanimously selected San Juan Water District Director Pam Tobin as the presidential candidate for ACWA’s recommended slate for the 2022-23 term. The election for ACWA president and vice president will take place at the Association’s 2021 Fall Conference on Dec. 1. Tobin has served as director at the San Juan Water District since 2004 and has also served on the Regional Water Authority / Sacramento Groundwater Authority Board and been in its leadership for 16 years.

Jamey Higham has been selected to be the next president and CEO of the Idaho Potato Commission, effective in 2022. Higham began his career working in quality control at Walker Produce and after that took a job in sales at Potandon Produce in Idaho Falls. He spent five years at Ford Motor Co. in marketing and sales but later returned to Potandon Produce and worked for another 13-years serving as vice president of sales. In 2016, he was named president and CEO of Farm Fresh Direct.

Laura Batcha, the longtime leader of the Organic Trade Association, plans to step down in the spring of 2022. Batcha has been with OTA since 2008 and has been the organization’s executive director and CEO since 2014. OTA has hired consulting firm Korn Ferry to lead the search in finding its next executive director and CEO and has asked interested parties to submit applications by Nov. 29.

The American Forest & Paper Association has tapped Eric Steiner to be the new vice president of government affairs, effective Nov. 1. Steiner joins AF&PA from Elanco Animal Health, where he served as senior director of government affairs.Prior to Elanco, Steiner worked for Kraft Foods, the Senate Ag Committee, USDA and the National Association of Wheat Growers.

Michael Torrey Associates has welcomed Julie McClure to its team as a director of government affairs. McClure most recently was the science policy manager with the Agronomy, Crop, and Soil Science Societies where she advocated for food, agriculture, and natural resource research programs across federal agencies. She began her career as a science policy fellow at the American Society for Biochemistry and Molecular Biology.

Elisa Bayoumi has joined OFW Law as the new regulatory and legislative coordinator, and Lauren Goodacre has joined as a paralegal working on litigation matters and regulatory analysis for SNAP, health care, cannabis, FDA, and USDA issues. Bayoumi will focus on issues related to agriculture, forestry, food policy, and regulation. Before joining the firm, Bayoumi graduated from the University of Chicago with a bachelor's in political science and a master's in international relations. Goodacre graduated with a Juris master's degree from Antonin Scalia Law School at George Mason University and also has a bachelor's in forensic psychology from Florida Institute of Technology. 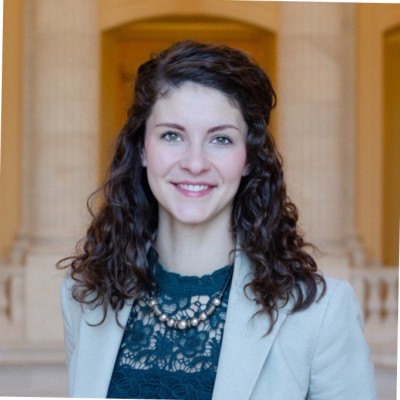 Pluton Biosciences has appointed Steven Slater as the new CEO. Slater brings more than 30 years of experience in microbial genomics, biotechnology and business leadership. Slater previously worked for Terramera as vice president of strategic initiatives and has also worked for Monsanto.

Julie Lagacy has been named Caterpillar’s first chief sustainability and strategy officer. Lagacy currently serves as Caterpillar’s vice president of the enterprise strategy division and will assume the additional responsibilities on Nov. 1.

C.W. (Bill) McMillan, a longtime lobbyist and consultant for the U.S. beef cattle industry and an Agriculture Department assistant secretary, died on Oct. 13 of heart failure. He was 95. Following U.S. Navy service in China and the Pacific, McMillan graduated from Colorado State University in 1948 and became a county agricultural extension agent. McMillan joined what then was known as the American National Cattlemen’s Association in Denver in 1959, serving as its executive vice president for 11 years and opening its Washington office in 1970. Former President Ronald Reagan nominated McMillan to be USDA’s assistant secretary for marketing and transportation services in January 1981. He resigned four years later to create a consulting service, largely specializing in food safety, animal and plant health and international trade in meat and poultry.

Arnold Mayer, a lobbyist for meat and poultry plant worker unions who worked on food issues for 34 years, has died of pneumonia at a suburban Washington nursing home. He was 91. When he retired in 1989, Mayer was vice president and director of public affairs at a predecessor of today's United Food and Commercial Workers International Union. In retirement, he lobbied for the Food Research and Action Center (FRAC), a supporter of USDA's SNAP and school lunch programs.