As a result, schools across the U.S. are having to pay more for items, find new local suppliers, and even coordinate with local restaurants or grocery stores to get items they need, school meal directors say. 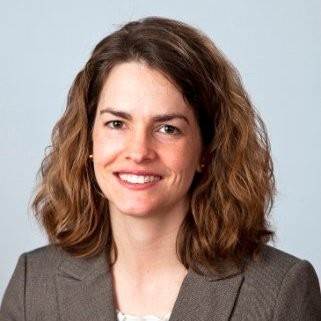 Diane Pratt-Heavner, a spokesperson for the School Nutrition Association, which represents roughly 50,000 schools across the country, said the supply problems are happening nationwide.

“We hear a lot about what you’d call center-of-the-plate items, the entree items, but we’re also hearing about big problems with disposable and paper goods,” Pratt-Heavner told Agri-Pulse.

These paper goods include lunch trays, paper boats, and utensil packs, she said. Pratt-Heavner said she is also hearing food companies are having to streamline their inventory because they don’t have enough raw ingredients or because of labor shortages.

Kristan Delle, director of food services for the Upper Dublin School District in Pennsylvania, said she used to provide the school menu a month in advance but has now had to release it week to week because she doesn’t know if she may have enough of a certain food.

She said things like chicken and potatoes are hard to find, which forces her to change menus weekly. Finding ingredients such as whole grain pasta, pizza sauce or condiment packets is even harder.

If a distributor is out of what a school needs, the grocery store or Costco isn't an alternative because of the amount of food necessary, Delle said.

"To put it into perspective, if I menu pasta in my district I need 500 pounds of pasta," Delle told Agri-Pulse.

School food directors have been concerned about the disruptions for some time. Some 97% of school meal program directors said in an SNA July survey they were fearful of continued supply chain disruptions during the pandemic. About 65% said it was a “serious concern.”

In Wisconsin, Michael Gasper, the director of nutrition services for the Holmen school district of Holmen, said he began having trouble accessing certain foods back in August, and mostly it’s been whole grain items, baking items, chicken, and beef patties.

“It seems like it has gotten worse now in the last month, where it’s kind of a crapshoot what you are going to get,” he told Agri-Pulse.

Gasper said he is doing whatever he can to make sure nutrition is not being sacrificed. For instance, the school raises its own chickens, pigs, and cattle through its FFA program. Gasper said the cattle will be going to the butcher in the next two weeks and will be used to make hamburger patties.

“We only receive deliveries once a week from our prime distributor. Through our milk vendor we had been receiving two, and sometimes three-times-a-week deliveries. That put a strain on us on how we were going to store a week's worth of milk,” Weyer told Agri-Pulse.

She said the local distributor has not been able to keep up with demand. Weyer said the vendor has a shortage of drivers and noted in mid-September the company said they did not have cartons for the milk.

Stan Ryan, president and CEO of Darigold, a farmer cooperative milk processor, said finding labor is a problem in the industry. While his cooperative is not having a problem keeping up with milk demand, he said smaller companies are.

He said smaller deliveries like transporting milk cartons take a lot more transportation time because there are more stops compared to transporting many gallon jugs of milk to a retail store or large food service. Ryan said it's more difficult in rural areas.

Some local farms are being forced into prioritizing more food, more product, and more deliveries out the door, through shorter concentrated delivery routes, Ryan noted.

Weyer said her district also can’t get the paper goods it needs to serve meals, so she’s resorted to shopping at Costco once a week.

“At this point, I have to have something I can put food on,” she said.

Gasper said he’s been thankful for USDA waivers which have allowed him to purchase substitute food items if certain more nutritious options are not available.

Delle said the USDA foods program has saved her school meals program. She uses a fresh fruit and vegetable program run by the Department of Defense which allows USDA entitlement dollars to be used for fresh produce purchases. Delle also participates in the direct delivery of commodities from USDA.

“I’ve been so thankful for the foods furnished directly through USDA,” she noted. But she said sometimes those foods do not come in at the start of the school year. It could be until December because of production and shipping schedule issues, Delle said.

On Sept. 29, the Department of Agriculture announced it would offer up to $1.5 billion in funding to help schools, noting supply chain disruptions remain unpredictable. USDA is planning to buy ag commodities through the Agricultural Marketing Service and distribute them through the Food Nutrition Service.

“USDA is taking an all-hands-on-deck approach to supporting the school meal programs, taking action to help schools get out in front of possible challenges and addressing other issues that arise from all angles and with all available resources,” Agriculture Secretary Tom Vilsack said in the release.

USDA still needs to provide more details on how it plans to spend the $1.5 billion to help schools. Gasper said whatever the administration can do to ease regulatory burdens would be helpful.

As manufacturers start to catch up with producing items needed to supply meals this school year, Delle fears they will have future problems not knowing what next school year will bring.

“Without understanding what the status of next school year is, the manufacturers are going to collapse if they overproduce and we don’t order those foods,” Delle said.