Drought taking a lasting toll on ranchers and western dairies

The drought stretching through much of the Great Plains is pushing cattle ranchers and dairy farmers to the breaking point – and sometimes past it – as producers scramble to feed their animals.

Scorched pastures and dwindling supplies of hay are forcing producers, whether it’s ranchers in Montana or dairy farmers in California, to pay exorbitant amounts to try to save their cows.

After a summer of scorching drought, 36% of all of the hay-growing areas in the U.S. are still experiencing drought, according to the latest USDA assessment. About 86% of the hay area in Utah is in drought conditions and 83% of those fields are designated as “extreme drought.” Farmers in Montana, Idaho, Wyoming, Oregon and California are in similar situations.

Federal and state governments are working to help, but the lack of rain this summer and continued dryness are still adding stress to low-margin operations. There’s only so far ranchers can take their cattle in search of unburnt pasture, and there’s only so much banks are willing to lend to pay for feed costs.

“There’s a lot of people that didn’t get enough hay for this year,” said Jan McDonald, a rancher and treasurer for the Montana Cattlemen’s Association. “And it has been so dry that pasture grounds are just gone. It’s been so dry … the grass breaks off the root.”

McDonald says she’s been spending her days for the past three months scouring nearby states and Canadian provinces to try to source hay for the group’s members, but has had little success.

Just two days ago she heard back from a source in Ohio willing to sell a few hundred tons of hay for $135 per ton. That was a reasonable price in the current environment, McDonald said. A rancher not far from her recently paid $250 to a seller in South Dakota. But the Ohio seller wanted $5,000 for freight.

“No one can afford that,” she said.

Jay Bodner, executive vice president of the Montana Stockgrowers Association, said his members looked as far as Tennessee to get hay. Tennessee, he said, is having a great year for hay, but in the end, it was just too expensive to have it hauled to Montana. 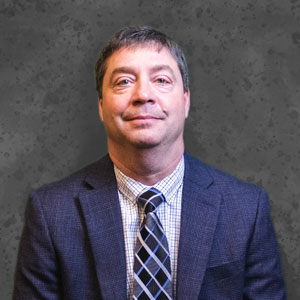 On the state level, the governors of Wyoming, North Dakota, South Dakota and Montana all issued executive orders expanding the allowable driving time for truckers to bring down transportation costs.

The Utah Department of Agriculture and Food, recognizing the impact of drought on its ranchers and farmers, began trying to connect buyers and sellers of hay by listing them on its website.

The department is also allowing emergency haying and grazing on land idled under the Conservation Reserve Program in hundreds of counties where drought has been pervasive.

The ability to hay CRP land was a big help to ranchers, said Bodner, but a lot of ranchers were still forced to liquidate cattle.

“That did help dramatically,” Bodner said, "but ultimately, there was a pretty significant herd reduction and we’re not done yet. We’ll probably see a 30% reduction in our cow-calf numbers in Montana this year, which is a pretty big number.”

Dennis McDonald (Jan McDonald’s brother-in-law) owns a 30,000-acre ranch with roughly 900 cows, 900 calves, 50 bulls and 150 horses in Big Timber, Montana, and he says the drought and extraordinary high cost of feeding his animals are forcing him to sell many months before he wants to.

“I don’t usually sell them until March or April, but I’m going to have to sell them now into this poor market,” he said.

As much as the ranchers are hurting from drought, west coast dairy operations have it worse, says Anja Raudabaugh, CEO of Western United Dairies, a trade group that represents farmers that produce more than 60% of all the milk produced in California.

California dairy farmers would grow about half of the feed for their cows, whether it's hay, corn, sorghum or other crops, but the severe drought has forced many to pay exorbitant prices for what they normally harvest. 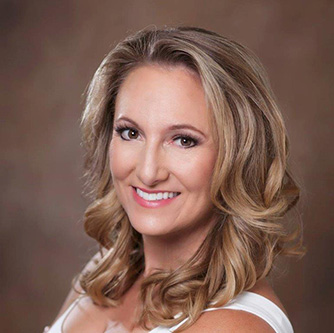 “Right now we’re paying almost double what we were paying a year ago for rolled corn,” Raudabaugh said.

And it’s putting a lot of operations out of business or forcing smaller producers to sell to larger ones.

“We’re looking at a pretty dire situation,” she said, and stressed that banks “are looking at the feed situation and are just not willing to take the risk of extending those operating loans any longer.”

And it’s even tougher for the organic operations, most of which are in Marin and Sonoma counties in Northern California.

“They would normally source a lot of their organic hay and feed from Oregon or Washington,” she said, but drought has crippled supply there too. “We’ve lost about 6% of the organic dairies already just in the last six months.”

There’s a lot less hay to be sold this year and prices are very high, said Mark Anderson, CEO of Washington-based Anderson Hay and Grain.

The year started with unusually low stocks, and the situation just worsened with the drought, he said. The company, which also has an operation in Oregon, sells domestically and internationally and everyone is paying more this year.

“Without the drought, we were going into a year where hay stocks were pretty cleaned up and inventories were tight,” Anderson said. “This year you had two things happen – low stock and then we had drought. There was just a lot of hay production that didn’t happen because of the drought.”

The big winners, he added, were the growers who brought crops to market. After the generally low hay prices last year, some producers were able to make good money this year.