Condon to leave Bayer at year-end

Bayer Crop Science President Liam Condon plans to leave the company at the end of the year, setting the stage for Rodrigo Santos to become the new leader of the company.

The move will also elevate Santos to Bayer AG’s board of management at the beginning of 2022 as Condon leaves “to pursue career opportunities outside of Bayer,” the company announced Tuesday.

Among the various changes observed during Condon’s tenure was the $66 billion acquisition of Monsanto Bayer announced in 2016. The move was not finalized and approved by the necessary regulatory agencies until 2018. In 2017, Condon said the effort was necessary to accelerate innovations.

“The goal of what we’re doing is to produce more for growers,” Condon told U.S. reporters attending a Bayer event in 2017. “We’re completely convinced that we can together generate more innovation than just as stand-alone companies.”

Condon has headed Bayer’s crop science portfolio since the beginning of 2016 and has been with Bayer since 2006 when his former employer — Schering — was acquired by the company. He also has experience in Bayer’s health care and pharmaceutical units. The Irish executive has also held leadership positions on the Governor’s Panel for Consumer Industries at the World Economic Forum and as a member of the board of directors at CropLife International. 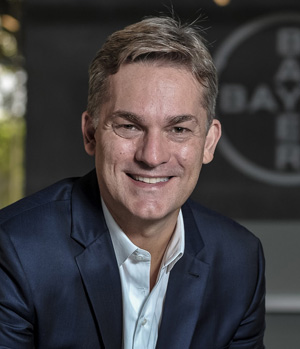 Rodrigo Santos, BayerSantos has been with Bayer for 23 years in various roles, including as the head of the company’s Latin America Crop Science division following the Monsanto acquisition. He is currently Bayer Crop Science’s chief operating officer, a position he has held since June.

In a statement, Norbert Winkljohann, chair of Bayer AG’s supervisory board, called Santos “a very customer centric leader, with a strong capacity for execution and innovation.”

“The Crop Science Division is extremely well positioned to set industry standards in terms of innovation and sustainability. The focus will now be to build on this foundation in the coming years in order to fully realize the significant potential for value creation,” Winkeljohann added. “We would like to warmly thank Liam Condon for his achievements during over 30 years at Bayer. Over the past nine years, he has successfully led and strategically transformed the Crop Science Division. We wish him all the very best for the future.”