School districts are joining some state agriculture and education departments in appealing to the Agriculture Department to create a list of food products that are exempt from Buy American requirements because U.S.-made versions are hard to obtain.

Some agriculture groups, meanwhile, are telling the department that the existing exemption rules are too broad and open to exploitation by foreign competitors.

The Buy American provision, added to the National School Lunch Act in 1988, requires school districts to buy products made and processed in the United States.

There are currently two exceptions that schools can use to buy non-American products: if the food or food product is not produced or manufactured in the United States in sufficient and reasonably available quantities of satisfactory quality, or if the cost of a domestic food product is significantly higher than the non-domestic product.

Some schools say they are at the mercy of vendors who choose what supplies to give schools. The Urban School Food Alliance wrote that “many school food authorities include ‘Buy American’ clauses in their contracts, but cannot be certain that domestic product will be delivered.”

The alliance's concerns are included in 154 comments provided to USDA’s Food and Nutrition Service on the Buy American rule.

Many school districts acknowledged that the Buy American provision is well intended but said that due to low budgets and labor shortages, they are struggling to keep up with the required paperwork. The districts said they find the exemptions are helpful when shopping for goods that aren’t widely produced in the U.S., like bananas, mandarin oranges and pineapple.

“As a foodservice director, my suggestion to Congress would be to continue to strongly encourage Buy American, and I truly believe the majority of us within school nutrition do all that we can to support USA products,” commented Heidi Wells, a food service director at the Milton School District in Milton, Kansas.

“However, I would strongly suggest that Congress ease up on the documentation requirements which often take away from our main focus — feeding children.”

The Urban School Food Alliance called on USDA to make food distributors more aware of the requirements and bar distributors who repeatedly violate the law from being suppliers in school feeding programs.

The San Francisco school district said its produce providers were not able to provide adequate domestic cherry tomatoes to meet demand in September and had to supplement with Mexican tomatoes.

“We didn’t know about this situation until the tomatoes arrived at our school sites,” four representatives of the San Francisco school district wrote. “We do not have time to return tomatoes and wait for domestic products to be available as we are serving a record number of students this year.” 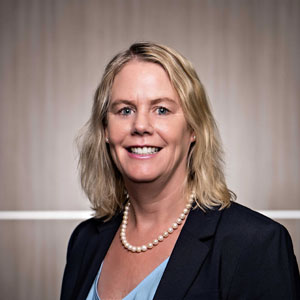 But, according to seven California state legislators who chair the state’s agriculture, employment, education and budget committees, six of the schools reviewed in California were found to not have “adequate policies and procedures to implement Buy American laws.” The legislators went on to argue that the USDA should “minimize exceptions” and “maximize domestic procurement.”

One area of interest for schools, state agencies — notably the Florida Department of Food and Agriculture, the Utah State Board of Education and the Georgia Department of Education — and several other groups, is the creation of a defined list of “excepted” items by the USDA. This list, as noted by USDA in its question on the subject, would consist of products that “have been determined as not produced in the United States in sufficient and reasonably available commercial quantities of a satisfactory quality.”

“There should also be a list of items that are not available in the U.S. and therefore don't need justification — things like bananas, mandarin oranges, etc,” wrote Sara Sheridan, the school nutrition coordinator for Hall County School District in Gainesville, Georgia. “The constant document-keeping puts undue burden on school districts, especially when using American-made products does not necessarily impact food quality.”

Independent Bakers Association President Nicholas Pyle wrote that such a list should include imported oats, because the “quantity and quality of food-grade U.S.-grown oats are simply not sufficient to meet consumer demand or quality expectations.” This point was also made by the North American Millers’ Association.

Tuna processor Chicken of the Sea called for a tuna exemption, citing quantity and cost issues.

Most of the commenters agreed that the “significant cost” exemption is vague, though there were disagreements over what should be done with it. The U.S. Apple Association, which argues 80% of the apple juice served in schools comes from China, called it a “vague standard with inconsistent application” and wanted to see the exception removed entirely.

“Instead, its application has disrupted U.S. sales into school food programs,” Diane Kurrle, the senior vice president of the U.S. Apple Association, wrote. “Particularly at the present time when the entire U.S. food industry is working to recover from the disruption of COVID-19, this cost exception is an open invitation for foreign suppliers to take over our school food markets.”

Others — like the National Farm to School Network, the Florida Department of Food and Agriculture, the American Commodity Distribution Association, the California School Nutrition Association and the Utah State Board of Education — did not call for the removal of the exception, but instead for it to be more specifically defined.

Nicole Meschi, president of the California School Nutrition Association, said the undefined nature of the provision “has created a challenging dilemma for school nutrition operators.”

Nicole Meschi, California School Nutrition Association“In one case at a large district, after requesting pricing for both domestic and imported goods, the district’s purchasing department determined that the differential came to more than $1 million for the contract year and awarded for the non-domestic product, unleashing a firestorm in the media,” she noted.

The School Nutrition division of the Georgia Department of Education argued USDA should not define “significant,” instead saying it should be up to the districts to decide.

“As a state agency, this is a local decision, and districts use different criteria based on their situation,” the agency stated.

The United Fresh Produce Association — which represents produce growers, wholesalers, shippers, processors, foodservice operators and other players in the industry — said while the Buy American requirements have been “an effective and positive tool to ensure a priority for U.S. grown products,” the exceptions have also been a tool to make sure students have access to fresh produce. UFPA urged the USDA to not provide additional requirements or restrictions on school nutrition programs when enforcing the Buy American provision.

“Ultimately, while we support the spirit of the Buy American provision, we urge that its implementation not impact students’ access to fresh fruits and vegetables and put an undue burden on schools and their supplier partners, both of whom are simply trying to provide the most nutritious, flavorful, and consistent meals to children at school,” Mollie Van Lieu, a senior director of nutrition policy at United Fresh, wrote.