Home » With a grim outlook for salmon, California looks to upend the status quo in water policy
WEST

With a grim outlook for salmon, California looks to upend the status quo in water policy

State officials have a “grim” outlook for California’s winter-run Chinook salmon along the Sacramento River. The deepening drought and rising temperatures are exhausting agency resources for managing the species to prevent extinction, and with long-term forecasts predicting little precipitation for Northern California in the months ahead, the state is making plans for worst-case scenarios and an emergency overhaul of water management in California.

“We're beginning to watch the extinction of iconic species right in front of our eyes,” said State Senator Mike McGuire of Healdsburg, in opening a joint hearing on fisheries and aquaculture last week. “The worst-case scenario has played out.”

Nearly 80% of the eggs for winter-run salmon were likely cooked to death in the Sacramento River due to inadequate cold-water flows, according to an estimate from the National Marine Fisheries Service. Of the juvenile salmon that survived, another 18% are projected to have later perished due to high temperatures, leaving just a 2% overall survival rate.

“It's grim,” said Chuck Bonham, who has directed the California Department of Fish and Wildlife (CDFW) for more than a decade. “It’s as worse as I've ever seen in my career.”

Bonham described the salmon population as falling into a “hydrologic hole” so deep that the state would need biblical levels of rain this winter to have enough water in the river for the species to survive. The salmon have also suffered from multiple consecutive dry years, including 2007-2009 and 2013-2015, leading to a long-term population decline. Competing interests for scarce water have also been a factor, according to Bonham, along with an increased deficiency in salmon diets in the ocean.

“We cannot get recovered salmon populations, if every several years we experience a dynamic where we have survivals in the single digits,” he said.

The latest salmon estimate from NMFS comes as the Northern California Water Association (NCWA), which represents nearly two million acres of farmland in the Sacramento Valley, is seeking to set the record straight on the status of salmon populations in the Sacramento River this year. 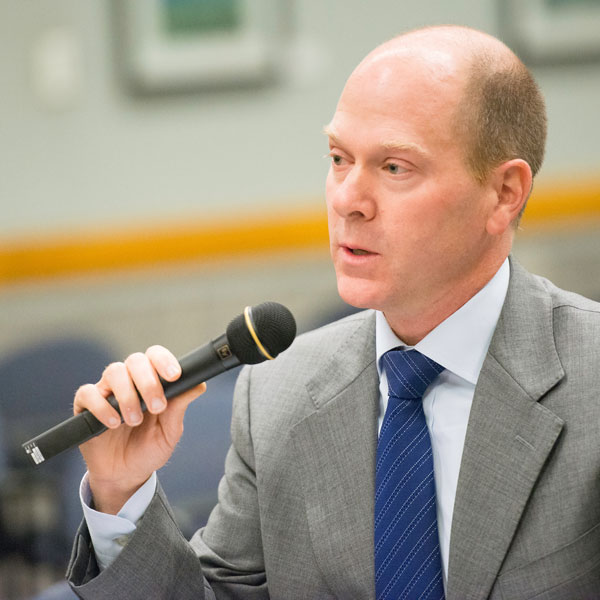 “There was generated a lot of hyperbole in the press regarding the health of salmon in the region and prognosticating the demise of the species as a whole,” said Todd Manley, the NCWA government affairs director, speaking at a recent meeting of the Association of California Water Agencies.

Manley acknowledged the impacts of the drought on fish populations but pointed out that more than 9,500 adult winter-run Chinook salmon still managed to return to the upper reaches of the river. Based on CDFW carcass counts, this is the largest number of returning adults in the last 15 years and follows similar returns of 8,128 in 2019 and 7,428 in 2020.

As far as water temperatures being too hot for fry and juvenile salmon, he said 200,000 fish had already made it the 60 miles downstream. Investments in side channels were “paying dividends on this stretch of the river,” he said.

But state biologists may not be able to fully validate the numbers until as late as next June due to a rigorous scientific review process, he explained.

Manley traced back the misleading headlines to one state employee responding to a reporter’s question about hypothetical worst-case scenarios.

Bonham recognized that the current year has been good for salmon fishing, with returns higher than usual, particularly in the Butte Creek tributary of the Sacramento River. But he cautioned that the fish have a three-year spawning cycle and those returning this year were raised during a wet period, when the State Water Project delivered the most amount of water on record. The current drought situation is likely to produce “very bad returns” for fish in three to four years, said Bonham.

The Legislature and governor have responded to the situation with a state budget that allocates $9 million each for covering 26 CDFW staff for around-the-clock fish rescue and stressor monitoring along critical streams, and for about 40 projects to upgrade equipment for 14 hatcheries.

Another $7 million has been set aside for modernizing hatchery fleets, such as the trucks and trailers used this year to ship 17 million salmon to the San Francisco Bay. The department also had to temporarily move endangered Coho salmon from a hatchery this year to holding tanks at a local high school to fix an infrastructure issue.

“We no longer can count on cold water from reservoirs coming into our hatcheries keeping the water cool enough to survive hatchery operations,” said Bonham, adding that CDFW is developing similar contingency strategies for next year, which will “just be a band aid.”

Survival for salmon, steelhead trout and other endangered or threatened species has been further complicated by dams along the Central Valley Project and State Water Project, facilities that are indispensable for human health and safety, he explained.

“We are stuck in a situation thinking about water management of a scarce resource in a warming climate, and these fish cannot access historical habitat,” he said, noting the only option left is to transport the fish above the dams.

How farmers, fish and waterfowl can win in the Sacramento Valley
Water agencies correct the record on salmon
Water board rolls out a battle-tested drought policy, as it takes aim at the Delta

Bonham stressed that the state must prioritize water first for public health and safety and next for salmon.

“We need to think about next year outside our usual status quo mentality,” he said. “We need to be thinking about our reservoirs and their carryover as we head into the following calendar year, and then dealing with all the very important uses of water — our agricultural community, our wildlife refuges.”

McGuire blamed the situation on Trump-era biological opinions governing pumping operations in the Sacramento-San Joaquin Bay-Delta. He saluted recent actions by the Newsom administration to counter the federal regulatory rules.

The administration, however, triggered outcry from California Sen. Dianne Feinstein as well as several Central Valley Democrats and the state’s Republican delegation after introducing a temporary new operations plan for state and federal projects as part of a settlement in a 2019 lawsuit against the biological opinions. The Biden administration, in coordination with state agencies, has agreed to replace the opinions following a regulatory review process.

The presiding judge in the lawsuit recognized that little agreement between the many parties involved in the lawsuit and in other related claims means “the court can only insert itself into the situation in the most blunt of ways.” 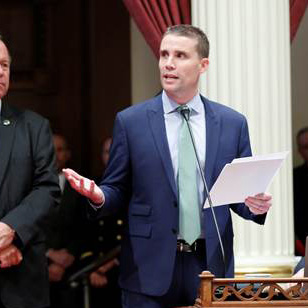 In response to the new operations plan, Friant Water Authority CEO Jason Phillips advised the administration that the more efficient approach would be to dismiss the litigation in favor of a voluntary approach. Phillips also argued the terms the administration has proposed for voluntary agreements would create an open-ended obligation for public water agencies to provide unspecified amounts of water flows and funds for habitat restoration, which would conflict with other legal obligations under an earlier settlement agreement.

The Newsom administration is also moving forward on the first phase of the Bay-Delta Plan approved by the State Water Resources Control Board in 2018, which dedicates a fixed portion of freshwater flows from tributaries south of the Delta to environmental benefits. The second phase, yet to be approved, would commit as much as 60% of the flows north of the Delta to environmental protections.

“It is clear that despite considerable efforts, proposed voluntary actions by water agencies on the San Joaquin River tributaries have fallen short of needed flow and habitat improvements, and viable proposals are not being offered at this time,” the secretaries wrote in a letter.

Crowfoot had been a staunch advocate for voluntary agreements throughout his tenure in the Newsom administration, saying this would head off a decade or more of court battles that would stall any new actions. The letter leaves open the potential for the water districts to join voluntary agreements for Sacramento River flows if those districts agree to the administration’s proposed flows and habitat costs.

Advocacy groups cheered the decision to move forward on the Bay-Delta Plan but urged the administration to go further with a more aggressive pumping plan and to drop negotiations over VAs in favor of the second phase of the Bay-Delta Plan.

During the legislative hearing, Doug Obegi, an attorney for the Natural Resources Defense Council, argued that while the new operations plan is better than the previous biological opinions, it fails to protect salmon and other endangered species. He described the VAs as benefiting those who maintain the status quo, particularly almond growers and agribusiness billionaires.

“The state continues to delay the state water board's regulatory process to update the rest of the standards in the Bay-Delta Plan, in pursuit of so-called voluntary agreements based on magical thinking about what salmon need,” said Obegi.

He called for the board to make permanent the emergency curtailments it issued in August for the Scott and Shasta rivers.

“I just don't know if we have time to be able to go through a traditional rulemaking process,” he said. “I have deep concerns about how long this is going to take and what the ramifications are if we don't move with speed.”