Travis Parker, who is now a post-doctoral researcher at UC Davis, worked on the bean project as part of his dissertation. He said the impetus to breed better organic dry beans came from a grower in Southern California who was interested in heirloom varieties for their taste, appearance and history but “knew that they had problems in the field.” Some of the heirloom beans had low yields in addition to being susceptible to the mosaic virus. But, Parker said, “there are also varieties that are naturally resistant to it.”

The goal of introducing virus resistance struck Parker and his colleagues as “low-hanging fruit” because it’s relatively easy to make crosses with bean varieties and UC Davis already had a few types to use as the "parent" generation. Greenhouses allowed researchers to grow out a generation in about two and a half months, so they had up to five generations to work with in a year. That, Parker said, meant they could “really make serious progress pretty quickly.” 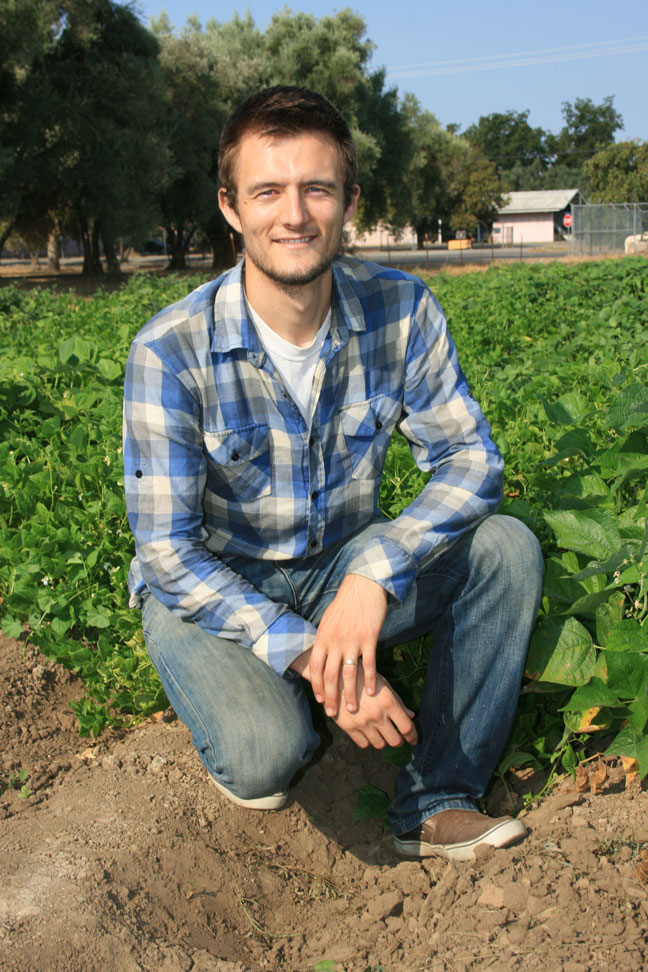 Just one gene determines whether the plant is resistant, so Parker said in addition to physical observations that confirm whether the virus is manifesting on the plant, the researchers used genetic tests to see whether the necessary gene was present. After that, they needed to test the new varieties for yield and, importantly, taste. When seven varieties “looked promising in yield trials,” Parker said, he invited chefs and growers to come for a taste test. The results showed all of the beans were “at least as good as the heirloom parent, except for one.” And that’s why UC Davis first released just six new varieties. Parker said some “do have very high yields” and overall the new varieties perform similarly to the high-yield UC Davis parent generation. He added that he expects more varieties will be coming from the project.

Mike Reeske of Rio del Rey Heirloom Beans in northern San Diego County is the grower who first asked the Davis group to look into organic heirloom beans, and he also contributed funding to the research. During the field trials, Reeske grew 52 test plants on his farm, which he described as dedicated to research and development. He grew one variety that was initially very sensitive to changes in daylight. But with that feedback, the breeders made a cross that diminished that trait, and in the final year of the trial, it no longer failed to produce well in October. Reeske said now for the first time he’s able to offer that bean in the winter.

Parker said that kind of cooperation between researchers and growers is fundamental to a public-sector breeding program. “It’s kind of to our advantage sometimes,” he said, to give out packets of seeds and see how then perform for many growers. That generates far more data than a small university program can create, he said.

Now that the new varieties have been released, Reeske is growing them on his farm for both end-users, like restaurants, and one Canadian seed company. He said he has not approached other seed companies but “there’s no problem in selling” organic heirloom beans because there’s a solid market. And the seeds come with no patents nor restrictions on saving them year to year.

Parker said UC Davis makes small quantities of the new varieties available to the public for free because it was the organic community and taxpayer funds that fueled the research. The funding and field trial partnership with Reeske was a “handshake” agreement, Parker said, and the researchers handed out 1000 packets of free seeds at an organic growers’ conference in February 2020. Unlike more lucrative crops such as strawberries, Parker said, dry beans offer little return on the investment. 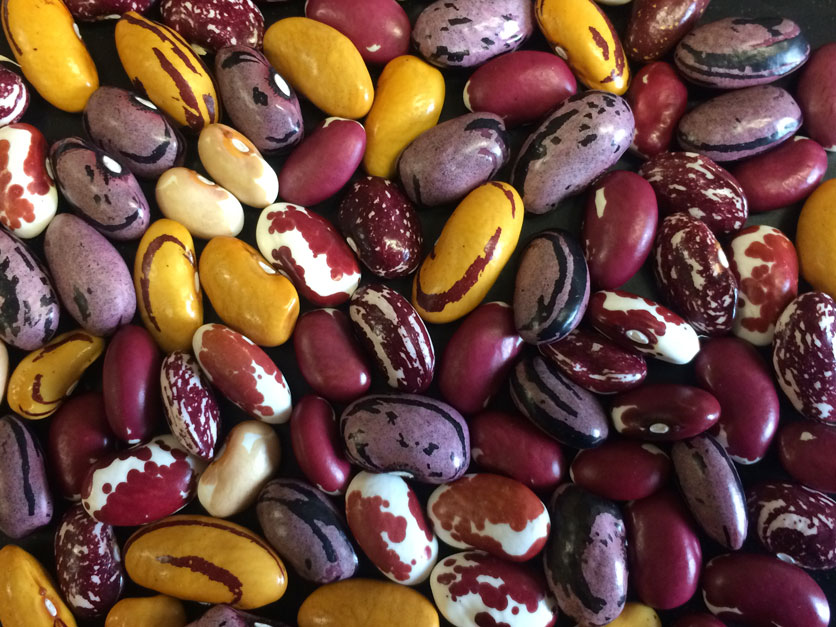 New organic bean varieties bred at UC Davis. (courtesy UC Davis)“Nobody really expects common beans to be a huge money-maker for the university,” he said. Trying to enforce any kind of intellectual property related to the bean varieties would have been very difficult, he said, plus, the organic community prefers public varieties and seed saving.

Reeske said among his goals is to have more people growing the beans, which is easier to achieve when the seeds are readily available. Once organic growers plant the commercial seeds, they can simply collect some of their own to plant year after year.

The six new varieties were tested throughout California, but Parker said if demand spreads to other places, it’s likely additional breeding will be beneficial to develop crosses that can thrive in different places.

“We invite growers to try them out in their conditions,” Parker said. Bean mosaic virus resistance may not be enough to make a variety succeed in, say, a wetter region. Or differences in growing season length could impact results. For the most part, he says the new varieties are doing well in disparate locations, but “we’re not necessarily breeding for things that do well in every possible location.” Since the varieties are in the public domain, other breeders are free to further customize as demand warrants.