Home » Almond Board chair is optimistic, despite a bumpy road ahead
WEST

Almond Board chair is optimistic, despite a bumpy road ahead

The chair of the board of directors for the Almond Board of California (ABC) has seen the industry evolve considerably over the past 15 years.

In a conversation with Agri-Pulse during the Almond Conference last week in Sacramento, Brian Wahlbrink shared his thoughts on the value of once again meeting in person, the challenges ahead for farmers and what it felt like to be Thor.

During the conference’s State of the Industry opening session, Wahlbrink took the stage in costume as the superhero god of thunder to announce a new marketing partnership with Marvel film studios. Almonds will help Thor get back into shape in the next installment of the franchise, which is due to hit theaters in July 2022, according to studio representatives at the conference.

The conversation has been edited for clarity.

What has stood out most for you from the Almond Conference?

Just getting back together in person is huge. There's no substitute for this. Not having it last year makes everybody appreciate it more this year. That has been the undertone that I've heard.

The trade show has been amazing: 270 exhibitors and 40 sponsors. We had well over a thousand people at the State of the Industry.

From a numbers perspective and just a community perspective, the industry has showed up, is having a good time and getting great information. 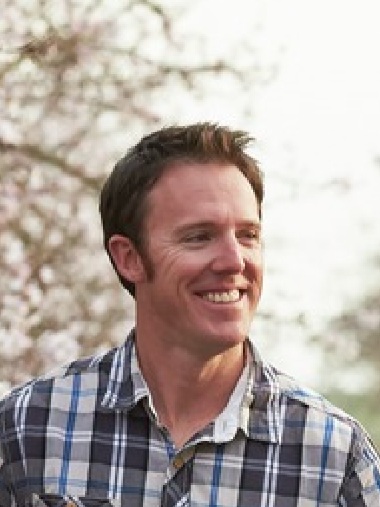 You've been involved with ABC since 2007?

Yeah, 2007. I got going in the North American PR and Advertising Committee, which has morphed into the Global Market Development Committee. I got elected as an alternate on the board in 2010. I did that for six years and then was elected to the board level in 2016 through July of 2022.

I've been around for a while. I'm not the young guy anymore.

How have you seen the conference and ABC change during that time?

We were just joking about it with Satake, because they've been around forever with us as a sponsor. They remember when we were in Modesto on the ground floor. We had half of the conference area.

We grew from the [Modesto] DoubleTree Hotel and into Sacramento in 2012. We got this place and then went into Cal Expo while they were doing renovation, but now we're back. We really fit the Convention Center, and it's just been a wonderful partnership with Sacramento.

[The Almond Conference was the first major event for the center since its renovation.]

Almond Board makes education fun
Air Board hopes to ban all ag burning, despite incentives drying up
The almond industry’s secret to weathering a storm of tariffs

Your father-in-law recently passed away and you’re assuming some of his role at ABC. What has it been like following his lead?

I married into this industry. It's my brother-in-law and myself who own and operate Sperry Farms. It was great to have the opportunity to work with Jeff Sperry, my father-in-law, for the time that we did.

It was 2005 when I came into the industry—in the summer just for a harvest—and have been around ever since. It’s been a lot of office time and really understanding what it takes to be a farmer, to be an almond grower, and trying to be innovative when you can and pull back when you need to. I had the luxury of working with Jeff for about 15 years. We're carrying the torch forward in a very new environment. It’s a fifth-generation farm with a lot of family history behind it.

What are you looking forward to next for ABC?

I'm looking towards the year. [ABC President and CEO Richard Waycott] and I are going to be traveling to a lot of shows—if they're up and running—throughout the year.

Our board is doing some fantastic things right now. There's a new wave emerging, a new direction. We have our strategic retreat in February. We get together and really talk about the future and see how we can better maneuver the board and the industry.

Most importantly, was it your idea to dress as Thor, and do you still have the costume?

It was just thrown out as a joke in a meeting with Emily Fleischmann, our senior vice president of global marketing. We’re doing this amazing partnership with Marvel, and it was a passing comment that got some weight. I ordered the costume and thought this might really be fun if we pull this together. I didn't know there would be over a thousand people and all my industry peers and colleagues.

It is tough for growers right now. We ended the State of the Industry saying we know that times are hard. We're optimistic for the future. It might be a bit of a bumpy, windy road ahead. But staying together as a community and as growers and sharing ideas is really where we need to be.

Tomorrow's a new day and next year is going to be a better year. That’s the outlook right now.