The U.S. peanut industry is looking to expand an already big market in Mexico as consumers there stock up on a staple most commonly associated with pantries north of the border: peanut butter.

Leaders of the National Peanut Board, American Peanut Council and farmers from states like Georgia and Virginia met last week at a Washington hotel, and Mexico was the primary focus when the agenda turned to international trade.

The reason for the excitement is the prospect of tapping what has been, so far, mostly untapped demand.

Mexico’s diversification when it comes to peanut snack foods continues to evolve and grow, but the real growth is coming in the form of the creamy or crunchy spread, says National Peanut Board President and CEO Bob Parker.

One of the things that Mexicans living in the U.S. often take back with them when they return to Mexico is a love of peanut butter and that continues to translate into new demand for the value-added peanut product there, Parker told Agri-Pulse on the sidelines of the annual meeting. 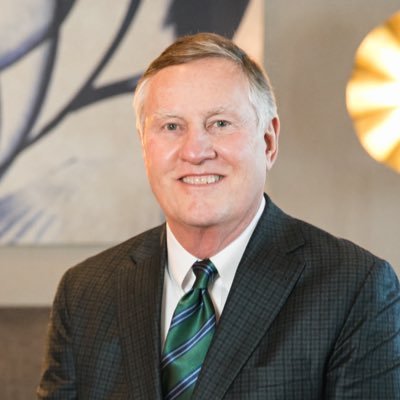 Peanut butter consumption in Mexico rose by 21% in 2020 and the value of that market jumped by 33%, according to Peter Vlazakis, director of international marketing and technical programs for the American Peanut Council.

Virtually all of that peanut butter is produced in the U.S. with American peanuts.

“There’s such a blurring of the border these days,” Parker said. “We have Mexican expatriates here who have a desire for the flavors that they had at home, but they are also experiencing peanut butter during their time here in the United States.”

The J.M. Smucker Company and Hormel, owners of the respective brands Jif and Skippy, have recognized the growing demand and are expanding promotional activities, said Vlazakis.

But the Aladino brand of “crema de cacahuate” is by far the most popular peanut butter, with about 50% of the market share. It’s owned by the Mexico City-based Alimentos Capullo, a subsidiary of the British ACH Food Companies.

But peanut butter is spreading through the Mexican market in more ways than just jars on shelves.

Not long ago, consumers might only find peanut butter candy in the form of traditional Reese’s Peanut Butter Cups, but shelf space is increasing to include many new variations and different products.

And, unlike in the U.S., there’s a lot of room for growth in Mexico. You can find a jar of peanut butter in about 94% of kitchen pantries in the U.S.; in Mexico, the figure is closer to about 10%.

“What we know is last year 56% of American peanuts were consumed in peanut butter in some shape or form in the U.S. and it’s still growing, but we’re at about a 3% growth rate,” Parker said. “We’re talking about a very mature market (in the U.S.). When you see countries like Mexico and the growth in popularity of peanut butter, it’s a great opportunity.”

The proof is in the numbers. As consumption of peanut butter and snack peanuts rises, so do Mexico’s imports. Mexico has become the largest market for U.S. peanuts this year, importing 150,119 tons from January through September, according to data maintained by the American Peanut Council. That’s a 21% increase over the first nine months of 2020. It’s also a 27.3% share of all U.S. exports.

It’s looking to be a record year for U.S. peanut exports to Mexico this year, but that’s no surprise to the industry, which has been watching as trade has increased for the past decade.

The U.S. exported 66,695 tons of peanuts to Mexico in 2011 and U.S. market share of Mexico’s imports have risen almost every year since then, according to data maintained by the council. Ten years ago, the U.S. supplied 43% of Mexico’s import needs, but in 2020, the U.S. exported 175,125 tons to Mexico, accounting for 85% of the country’s imports.